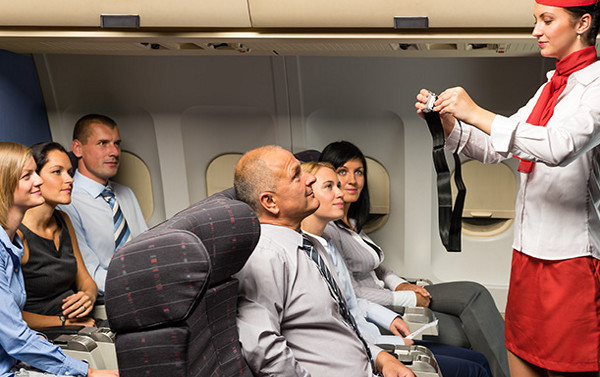 The mobile app market is growing fast, especially in the travel sector, and the most popular ones will need to be alert to attempts to counterfeit them. TBO reports.

The modern-day adage that “there is an app for that” speaks a greater truth than the flippancy of the tone suggests. Apple recently confirmed that there as many as 1.3 million apps overall available for smartphone users in its App Store.

For a market still considered to be in development, it is perhaps surprising that there are apps that cover almost all aspects of travel, from hailing taxis to packing for a holiday. Apple trademarked the phrase ‘there is an app for that’ in 2010, but have the owners of these travel apps developed an awareness of the IP issues surrounding the platform?

Transport is an industry that has benefited enormously from the convenience of app services on mobile devices. As our cities have got bigger and bigger, so have our needs to better navigate these complex landscapes.

Haydn Simpson, product director at brand protection company NetNames, identifies two IP challenges for brand owners looking to promote themselves in the growing market: “The relatively unregulated marketplaces where apps are distributed, and the extraordinary proliferation of apps and marketplaces in such a short space of time, make apps a prime target for counterfeiters and fraudsters.

“The smartphone and tablet markets continue to show unprecedented growth, and this produces the mixture of opportunity and threat associated with any new channel to market, particularly when it is internet-based,” he adds.

Simpson is not aware of any travel apps being counterfeited “but that doesn’t mean that it’s not happening”, he says. “Until now, travel apps have not been a primary target for counterfeiting and IP infringements, but they are just as vulnerable to such threats as any other type of mobile apps”, Simpson says. “It is most likely that the original app developers are not aware they have been copied [if they have been], much in the same way that brand and trademark owners from all industries are not necessarily aware that third parties are impersonating them.”

For Simpson, the IP issues facing app designers are similar to those in other markets. The first case brought by the US Department of Justice that involves counterfeit app distribution was concluded in January 2014, when the four people who ran the Appbucket Group and SnappzMarket Group platforms were charged with conspiracy to commit criminal copyright infringement.

Simpson expects more cases. He says: “Such is the growth of both the number of apps available and new app stores, there are bound to be more cases of fraudulent or counterfeit apps appearing.”

As they become more popular, travel apps may find themselves running into new problems with protecting their brands. Uber and Hailo have become very popular in the travel apps market, providing users with an easy method of finding a taxi. Uber has entered into a partnership with Google Maps, while Hailo has penned a deal with Citymapper. By integrating these services with Google Maps and Citymapper, users will be able to navigate routes using taxis.

While these partnerships may serve to enhance the brand of both companies and help to distinguish their apps from imitators, the collaborations won’t necessarily help to protect the brands from counterfeiters.

Simpson says: “I think it will help with commercialisation, but not protection.”

The resources available to big brands like Google for combating counterfeit apps could ultimately benefit partners such as Uber. Although it is so far unclear whether Google will assist Uber to protect itself against counterfeiters, one might argue that the search company will have an interest in seeing Uber’s brand being protected.

On the business side, the difficulty of establishing a new app in a market full of big brands is becoming a bigger and bigger challenge.

A report by internet analytics company comScore in August 2014 confirmed the difficulties of new apps attempting to establish themselves. It found that two thirds of smartphone users don’t download an app in a typical month. With the apps that are downloaded, users spend 42% of their time on their favourite app and just 17% and 10% on their second and third favourite apps respectively.

Of the apps that people do download and use, the report concluded that it is big brands that users go to. The report says that “the ranking of top apps is dominated by app constellations of some of the largest media brands, specifically Facebook, Google, Apple, Yahoo, Amazon and eBay”.

Although the temptation might be there to copy established apps, Felman says that only the “shortsighted ones” will do that.

He says designers looking to establish their brand in the long term will deploy professional marketing campaigns to demonstrate the authenticity of the service.

Contrasted with the “unprofessional marketers who will use dirty tricks to try and deceive people”, Felman says, genuine brands will look to bring users as much transparency about who they are and the services they provide to users.

For Felman, “nefarious activity is going to follow traffic”. The counterfeiters will always follow “where the eyeballs go”, he says, but although it is still nascent, he expects the app market to mature in the future.

“You will see an onslaught of abuse but, on the other hand, the operators of online applications are going to become more sophisticated with their ability to guard against fraud and abuse, privacy violations and other things that harm users.”

The challenge for travel apps like Uber or Hailo is that as they develop a greater presence within the market, the chances of imitators and counterfeiters looking to exploit their brand name and damage their reputation increases. As Simpson remarks: “The bigger they get, the more likely they are to face brand protection challenges.”

It is important, therefore, for such travel apps to remain vigilant towards those seeking to damage their brand name, and to look out for unauthorised copies entering the market. Uber and Hailo are arguably big names within the market now and as users are drawn to their services, so will those seeking to exploit their name for easy money.

Felman and Simpson expect the travel apps market to mature in the future, and they also expect more cases involving counterfeited apps to arise as app designers become more sophisticated in their approach to tackling IP infringement.

But for the travel brands that do not wise up quickly to the copycats and fraudsters who follow the users, the modern saying of “there is an app for that” may well take on a darker meaning.