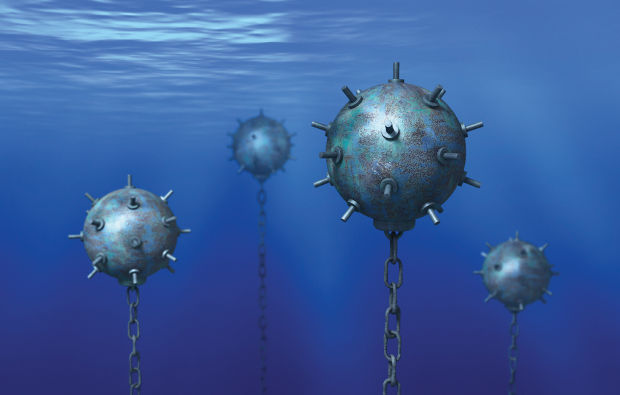 Internet memes have become a popular marketing tool for companies such as Nike and McDonald’s for their quick and easy dissemination, cool factor and ‘stickiness’.

But their use in marketing can be problematic, as TB&I discovers, while those who use existing copyrights to create memes may find themselves in hot water.

Another forwarded email lands in your inbox. Whether the picture, video or joke it contains inspires a giggle or a groan, what you decide to do next is a factor in its ‘success’. Only the best will be passed along to friends, gradually working their way into popular culture, while the less inspired are weeded out of the meme pool into Internet obscurity. Some, like Lolcats, Rickrolling and viral video ‘Charlie Bit My Finger’ will gain global notoriety.

This is the Internet meme. It can be an image, video or trending Twitter hashtag, but like an organism, it has the potential to grow and mutate, and only the best will survive. Memes will inspire commentary, imitations and parodies in massive numbers if they’re good enough. They are the Internet’s perfect offspring. Fundamentally, they’re ideas that are easily distributed and modified online.

Meme-generator ‘I Can Has Cheezburger?’ invites users to caption pet owners’ photographs of cats. It is part of the Cheezburger network, a hub of Internet memes and viral videos with an encyclopaedia to boot.

Cheezburger defines a meme as “a piece of content or an idea that’s passed from person to person, changing and evolving along the way”. For Cheezburger, it’s the adaptability of a meme that’s crucial.

The best memes are the most memorable and create a talking point for those who share them, which is why they are so powerful. They’re becoming increasingly attractive to savvy companies who want to cash in on cool—after all, everyone enjoys being in on the joke.

Unsurprisingly, given memes’ nebulous nature, their copyright status is not so clear-cut. Furthermore, many memes are enmeshed in popular culture and may rely on others’ IP. For example, the recent ‘Chandler dancing on things’ meme combines copyrighted footage from the US TV series Friends with other copyrighted material.

With each meme so rapidly shared among countless anonymous users of the Internet, and countless amendments clamped on to their original forms, how can IP rights be enforced?

Last year, Coca-Cola-owned beverage company VitaminWater capitalised on the cool factor of the meme, bringing together some of the most popular and recognisable examples (’Success Kid’, ‘Sexy Sax Man’, ‘Nyan Cat’) into a television commercial.

Back in the UK, Virgin Media integrated the image of ‘Success Kid’ into its recent HD campaign in a bid to catch the attention of a whole new group of potential customers.

‘Success Kid’ had undergone quite an online journey before appearing in a national campaign for a well-known telecommunications company. The creator of the image, Laney Griner, uploaded the photograph of her son, or ‘Success Kid’, to her Flickr account and Getty Images in 2007.

Less than a year after the initial upload, ‘Success Kid’ had become something of a proto-meme. MySpace users found Griner’s snapshot and by early 2008 were adding their own captions to the image.

In 2011, a topic dedicated to the image was established on blogging site Tumblr, and just one year on, ‘Success Kid’ was appearing on billboards across the UK. Virgin Media contacted and paid Griner for use of her picture, but for every authorised use of the photograph there are many more used without the owner’s permission.

In 2008, street artist Shepard Fairey created a poster in aid of Barack Obama’s presidential campaign, a stencil portrait of the thencandidate Obama in a distinctive pop art colour palette of red, off-white and blue, captioned with the word ‘hope’.

It was immediately popular, the poster image soon appearing on T-shirts and badges, and before long parodies began flourishing on the Internet.

Despite its non-Internet beginnings, the poster, or the idea of the poster, had become a meme. However, it was based on a photograph owned by the Associated Press (AP). The AP took legal action against Fairey, demanding credit and compensation for his use of their image.

Anthony Falzone, former executive director of The Fair Use Project at Stanford University, defended Fairey during proceedings, asserting that use of the photograph was protected by fair use, and the parties settled out of court in 2011.

“VIRAL SPIRAL ADOPTS ITS OWN RESEARCH METHODS TO TRACK DOWN INFRINGERS, IDENTIFYING PLACES WHERE INFRINGEMENT IS COMMON, AS WELL AS USING TOOLS PROVIDED BY YOUTUBE.”

Given the international reach of the poster image, perpetuated by the Internet, and the thousands of dollars that changed hands in the distribution of Fairey’s work (none of which he claims to have received) to what extent can the ‘fair use’ defence apply?

“A lot of his own original expression went into making that poster, notwithstanding the fact that he used an AP photograph as a reference,” says Julie Ahrens, director of copyright and fair use in Stanford Law School’s Center for Internet and Society, and a member of the Fair Use Project.

Ahrens describes the Internet meme as part of a new ‘remix’ culture, where the ultimate goal is to go viral. Different copyright rules apply in the remix culture as the original work does not belong to the meme creator.

“You own the copyright for your original expression but you do not own copyright over the parts of the article that are not original to you,” she says.

Referencing a number of YouTube videos that switch out the subtitles of the German World War II film Der Untergang (Downfall) to humorous effect, she says: “The challenge with Internet memes is when somebody remixes a video by splicing it up to make it look funnier.

“Their choice of editing involves creative decisions, and so if a third party came along, and took that wholesale and repeated it, they technically wouldn’t be making their [own] editorial choices.”

Although attributing your work to the original creator is not required by law, it can help keep a meme creator out of an infringement lawsuit.

Ahrens adds that the creators of original works may be concerned about losing control of their works, or about their works being unfavourably associated with something else. But how practically possible is it for an original content creator to shut down a meme if he or she wanted to?

“It is becoming more and more difficult as the technology improves,” she says, comparing the endeavour to a game of whack-a-mole. “However there are lots of new tools. In the US we have new rules and agreements between Internet service providers and content creators where repeat offenders will have their Internet cut off.”

Content creators have to be vigilant as the cost of policing the Internet is so high, she says. Fortunately for copyright holders on the Internet, there are licensing agents who have emerged to help creators of the most prolific Internet virals protect their IP.

Former finance lawyer Damien Collier founded Viral Spiral in 2011, a company which provides the makers of viral videos with a service that includes handling licensing requests, advertising revenues, tracking down infringers and assisting in developing a brand around the meme.

TB&I asked Viral Spiral’s chief operating officer Daniel Fisher: “Considering how easy it is to remain anonymous on the Internet, is it a difficult task finding the rights owners to the videos, and in turn any copyright infringers?”

“Not every copyright owner can be found but there are ways of identifying who an original copyright owner is based on a number of benchmarks Viral Spiral has developed, and using social media, it is reasonably easy to verify the information,” he said.

Viral Spiral adopts its own research methods to track down infringers, identifying places where infringement is common, as well as using tools provided by YouTube, such as the Content ID service. Many of its methods are private.

YouTube’s Content ID identifies videos that comprise, partly or entirely, rights owners’ content by checking similar metadata on the data files that are created at the time of the video’s upload and notifies the copyright owners, or their licensing agents. Rights owners then have the option either to monetise their content, or block the offending video.

Fisher adds: “We also ask that our copyright owners are vigilant and report infringements to us so that we can assess them and take action if appropriate.”

One video in Viral Spiral’s portfolio is the most watched (non-music video) clip on YouTube. ‘Charlie Bit My Finger’ has earned its creator $500,000 since it was uploaded to the site in 2007, and has created a rash of parodies and copies that might have otherwise gone unchecked.

The meme’s nebulous nature and reliance on social networking situates it somewhat outside the traditional realm of copyright enforcement. For example, a meme’s value could be defined in different terms from traditional creative works, where it is only as valuable as the Internet users who have made the effort to pass it along. Memes thrive on sharing; without it they will never reach their memetic status.

With the Internet rapidly changing the way we interact with content, along with the growing preference for access rather than ownership, there could soon be a call for review of copyright laws on the Internet.