IP on the silver screen 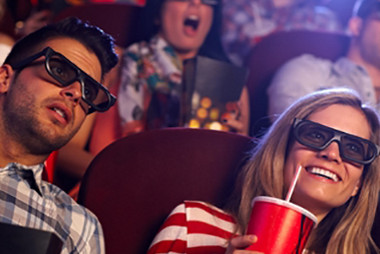 The awkward question of whether individual performances on film can be copyrighted is set to be decided by the US Ninth Circuit. TBO reports.

Upon being asked in the film Zombieland what was his greatest regret, the actor Bill Murray (playing himself) murmured “Garfield”, the critically-panned 2004 adaptation of the well-known comics. Murray is not alone in being resentful of the final product of a film. He joins a long list of actors that includes Ed Norton (Incredible Hulk) and Faye Dunaway (Mommy Dearest).

The actress Cindy Lee Garcia can add her name to that list. Perhaps lesser known, but no less resentful, she was shocked to receive death threats for her participation in a film that was originally called Desert Warrior, but was never released.

Her part was instead put into the Innocence of Muslims, a provocative anti-Muslim film that inspired riots across the world. Garcia’s performance, however, has caused quite a stir and not just among the followers of Islam, but across the film industry. When she sued Google in 2012 and filed an injunction against the YouTube video, she argued that her five-second performance is “independently copyrightable”.

Rebuffed by the US District Court for the Central District of California, she took the case to the US Court of Appeals for the Ninth Circuit, which reversed the decision in her favour in February. The case will now be heard by the Ninth Circuit en banc.

The biggest fear for the film industry is that the case could potentially open up numerous copyright claims from people involved in the making of a production. Jeff Simmons, partner at law firm Foley & Lardner, says this is the central concern.

“The film industry’s fear is that there are so many people with creative contributions to both big and small films. The ruling seems to be saying that all these people are going to have a copyright interest in the film.”

The lawsuit has created such an interest that the Ninth Circuit has set up a website laying out all the court documents filed so far, in chronological order. On November 25, amicus briefs were filed by Netflix and the Electronic Frontier Foundation opposing the decision.

Among those opposed to the ruling is the International Documentary Association, which for Bruce Ewing, partner at law firm Dorsey & Whitney, is understandable considering how vulnerable documentary film makers would be to a decision favouring Garcia.

He says: “Lots of people are interviewed by documentary films and people are often upset about the way they are portrayed. Would their releases [written contracts] address this type of issue? I am not sure.

Feature films typically have written agreements from all those involved that the copyright is held by the film studio. But for those that don’t, an implied licence is used to protect the producers. “If you’re an actor in a film, even if you don’t have a written agreement everyone understands what the film director was going to do,” says Simmons.

“So even if you haven’t got a written agreement, you have given them an implied licence,” he adds.

For Simmons, however, Garcia might claim that the makers of Innocence of Muslims “exceeded the implied licence”, although this still raises the problem of the subjectivity of such a claim. “To determine whether you’ve breached an implied licence can be very subjective. In this case, it is kind of stark, but in other cases it is not going to be that clear whether the film that was ultimately made was the one you anticipated,” he adds.

Films are full of copyrightable works, from many authors. Soundtracks are copyrightable; so are screenplays. But the reason an actor’s performance hasn’t been copyrightable goes to the basic principle of US copyright law.

Ewing says: “Among the many problems within this decision is that you can only copyright a work that is fixed, that is capable of being memorialised in some sort of tangible way. The problem is that an actor’s performance is not fixed until the film is finished.

“If I go out there and read the lines that are written in the script for me then it is a performance and I bring something to it, but it doesn’t get fixed until someone pushes a button on the camera and records it. The copyrightable subject matter is created on film and the actor isn’t the film. The performance is not a work,” he adds.

The coalition of film industry stakeholders opposed to the recent ruling increases as the time for another court hearing nears, possibly this month. While sympathy for Garcia’s argument seems to be thin on the ground, there is an acknowledgement that she has been hoodwinked. Many eyes will be drawn to the Ninth Circuit’s next decision, and if it is upheld, Ewing expects Google to take it to the US Supreme Court, where further uncertainty may hover over the future of copyright in the film industry.

Garcia’s greatest regret may well be the Innocence of Muslims, but she may find that one of the unintended consequences of her claim is causing turmoil in the film industry over copyright protection.