It's in the game: how EA tackles piracy 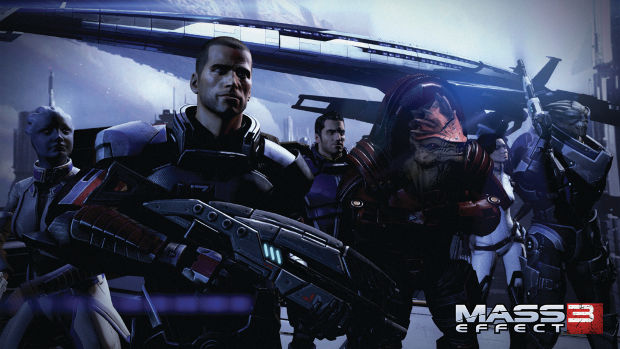 Electronic Arts is one of the most successful video games publishers on the planet, but with that success comes a sustained piracy threat. Now the company is fighting back, as TB&I finds out.

When it comes to publishing video games, they don’t come much bigger than Electronic Arts (EA). Founded in 1982, the US company began making games for home computers and has since diversified to consoles, laptops, mobile phones, social networks and e-book readers. At least three of its game franchises (which include supplements) have sold more than 100 million copies worldwide and in 2012 it made around $4.1 billion in revenue.

Inevitably, EA’s success has brought its problems. As the company has built up its brand by selling huge numbers of games, the ears of the pirates, the unscrupulous rulebreakers seeking to cash in on content creators’ success, have pricked up.

“Piracy is one of our biggest problems,” says Vineeta Gajwani, senior counsel for trademarks and copyright at EA. “As we sell more and more products online, we are seeing more piracy online. We have also seen a lot of fast-follows and ‘clones’ of our social games—and many of them use very similar artwork, graphics and layouts to our games.”

EA’s attempts to protect its copyright can be hampered by vague legislation, particularly in the US, covering video games. The lack of clarity about what constitutes infringement can make EA’s life more difficult when weighing up whether or not they have fallen victim to infringement.

“THINGS THAT ACTUALLY HARM THE BUSINESS ARE GOING TO MATTER IN THE END; THERE ARE A MILLION INSTANCES OF INFRINGEMENT OUT THERE BUT YOU CAN’T TAKE ACTION AGAINST ALL OF THEM.”

“The lack of hard and fast lines [in the law] means that video games publishers have to be careful about taking action against games that copy look and feel. It does require a lot of analysis and review before you do anything. In cases of clear copying, things are easier. But you will have to go through the litigation process further for a ‘look and feel’ or fast follow case than you would for a straightforward case involving direct copying of art assets,” says Gajwani.

Websites selling illegal copies of games are a major problem for EA, so acting swiftly is essential. Like any copyright holder, EA can apply to have a US-hosted site, which it believes is hosting copyright infringing material, shut down by the authorities. The Digital Millennium Copyright Act allows this practice in the US, but is far from a cure to such a widespread disease.

“It’s a little bit like a game of whack a mole— you shut down one site and another pops up,” says Gajwani. “It’s a continuing game of cat and mouse. I think you have to make smart decisions about which sites to pursue and where you put your time and resources. You want to apply resources where they actually matter and where you can get a successful result. Things that actually harm the business are going to matter in the end; there are a million instances of infringement out there but you can’t take action against all of them. You have to make calculated decisions.”

Given the difficulty of containing the pirates and their constant efforts to find new ways of infringing copyright, content creators have to be smart. Instead of reacting to piracy, they must be proactive and think of new ways to render the problem unsustainable. This is EA’s approach, and it involves a radical re-think of how the company operates in the market.

In an interview with industrygamers.com in 2009, EA chief executive John Riccitiello said the answer to piracy is a business model that encourages the release of more content via an online registration after a game is bought.

“To have the pirated version and not have access to that [more content] is a little bit like having a subscription for Starbucks and only getting one coffee. It just whets your appetite rather than satisfying your ultimate goal,” he told the gaming website.

“It's [this approach] not the answer because this foils a pirate, but it's the answer because it makes the service so valuable that, in comparison, the packaged good is not. So you can only deliver these added services to a consumer you recognise and know; people don't pirate servers very often, but it has happened. So I think the truth is we've out-serviced the pirate.”

In what some would see as a highly paradoxical statement, he even said he would “love” the pirates to copy EA’s popular games at the time “because what's in the middle of the game is an opportunity to buy stuff. I increasingly believe that's the way the market's going because that's how the consumer wants to consume”.

Gajwani says: “With an increase in the digital distribution of games, it’s going to be harder and harder to distribute pirated copies, as they won’t be sold in store anymore.”

This re-think of how to do business may go some way to tackling EA’s biggest IP infringement problem—piracy—but the company faces other challenges in the online world.

“THE REAL PROBLEM THAT WE SEE IS PEOPLE REGISTERING A DOMAIN WITH OUR TRADEMARK AND THEN USING THAT WEBSITE TO DO SOMETHING BAD LIKE PHISHING.”

“We see a lot of cybersquatting and a bit of trademark infringement,” says Gajwani. “China, Russia, South America are bad for cybersquatting. The real problem that we see is people registering a domain with our trademark and then using that website to do something bad like phishing.”

The cybersquatting threat is only likely to worsen. In April 2013, the first of about 1,400 new generic top-level domains (gTLDs) is set to launch, spreading a fear in the IP community of an increase in online infringement.

Gajwani says: “I think it [the programme] will be a big issue for brand owners—all of a sudden they have to monitor and be aware of all the different TLDs. I think that in a year or two, some of them [TLDs] will rise to the surface as the most frequently trafficked; those will be the ones where we want to focus our energy and attention.”

The Internet Corporation for Assigned Names and Numbers (ICANN), which is managing the programme, has implemented a suite of rightsprotection measures (RPMs) to assist IP owners. Whether these RPMs will be strong enough is another matter entirely, with Gajwani saying EA will be watching and waiting to assess the intensity of the level of cybersquatting.

“It’s difficult to say until the programme actually launches but I don’t think they [ICANN] have put enough RPMs in place, and it is going to be really difficult for brand owners.”

Shifting the company’s thinking to beat a suspected rise in cybersquatting is much more out of EA’s hands (and firmly in ICANN’s) than its strategy for beating piracy. EA can’t necessarily change its business model to contain bad actors in the same way that it is doing in the attempt to conquer the pirates.

Whether or not the online-focused release-of-content approach beats the pirates, only time will tell. It may seem like a counter-productive strategy, but many good ideas are. EA’s approach to beating piracy appears creative and is only likely to strengthen as its business model moves increasingly online.