It sucks to be a brand 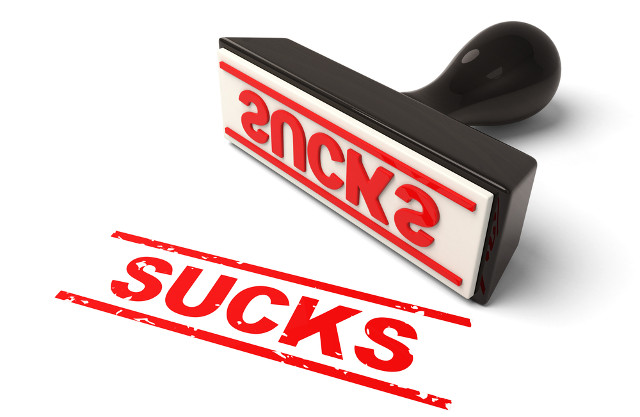 The .sucks domain has caused controversy among some brand owners due to its pricing structure, but the registry maintains it has done nothing wrong. TBO finds out more.

Sometimes it sucks to be a big brand. Although the benefits of recognition and goodwill can be beneficial, brands can be vulnerable to online attacks, particularly from cybersquatters.

ICANN’s decision to roll out new generic top-level-domains has raised some concerns among brands and intellectual property lawyers that they would be a new front for cybersquatters to trade off the goodwill of brands.

As a result, many brands have opted for defensive registrations, but it is perhaps the launch of the .sucks domain name that has created the biggest headache so far.

Chanel, Microsoft and Facebook are part of a group that includes George Clooney and Kevin Spacey. What links them is that they have all opted to register for a .sucks domain name.

But while the option to register such domains for defensive reasons is clear enough, it has come at a cost.

Vox Populi, the domain registry responsible for managing .sucks, has been the subject of criticism from various corners about the price of registering within it.

The wholesale price for regular sunrise registrations, open exclusively to trademark owners, is $1,999.

The sunrise period for the domain began on March 30, but not before there was a call from Gregory Shatan, president of the IP constituency, an ICANN-based group that represents IP owners, to delay the roll out.

In a public letter sent to ICANN on March 30, Shatan called the price a “shakedown scheme” and said that the “incredibly high fees will prevent many trademark owners from being able to take advantage of the sunrise period”.

Shatan’s criticism has been supported by brand protection group MarkMonitor.

Elisa Cooper, MarkMonitor’s vice president, told TBO that the organisation does not support the pricing structure, but it “understands that many large brands may still feel compelled to apply for sunrise registrations”.

“Brand owners simply don’t want to see their brand appearing next to the word ‘sucks’. Because of this, we will offer these registrations, but we will not profit from them,” she adds.

In a blog post published by MarkMonitor on March 11, the organisation stated it will charge a $25 administrative fee on top of the $1,999 fee.

But, as well the standard price of a domain, there is also a list of sunrise ‘premium names’ that Vox Populi has set including icann.sucks, life.sucks and aids.sucks.

At the time of writing, icann.sucks is available for $203,500 on the website 101domain.com. Life.sucks and aids.sucks are fetching more than $1 million each.

Shatan, however, is concerned that big brands could face being re-priced as ‘sunrise premium’ during the general availability period, on June 1.

He says: “During general availability, my understanding is that Vox Populi will re-price some brands as sunrise premium brands and so the wholesale price will be greater than $1,999.

"Brands have a choice of whether they accept the high fee in the sunrise period or risk a much higher price of being left vulnerable to potential cybersquatters."

“Vox Populi will not reveal that list to anyone until after the sunrise period.”

John Berard, chief executive of Vox Populi, has consistently defended the price, telling TBO that he thinks it “reflects what we perceive to be value of the name space” and that he has done nothing wrong.

“Premium names are those the registry thinks have value, but ultimately the registrars set the market prices, just as in sunrise where names are being offered from $2,000 to $4,000.

“As for premium names, for example, if you look for divorce.sucks on domain registrar Network Solutions, the price quoted is $30,000,” he adds.

ICANN’s response so far has been to refer the price issue to both the US Federal Trade Commission (FTC) and Canada’s Office for Consumer Affairs (OCA).

He says: “It is difficult to characterise the proposed operation of .sucks as anything but internationally discriminatory.

“ICANN’s referral to the FTC and OCA appears entirely appropriate, but it also appears well within ICANN’s authority (and precedent) to take action to ensure non-discriminatory operation of the .sucks registry,” he adds.

As the period of general availability comes closer, brands must decide whether to pay upwards of $1,999 for a defensive registration.

For Weslow, the number of defensive registrations may hinge on whether the FTC or the OCA chooses to investigate.

He says: “The nature of .sucks domain name registrations will depend largely on whether ICANN, the FTC, OCA or a myriad of other interested entities take action in a manner that forces the registry operator to alter the proposed pricing and operation for .sucks.”

Shatan has argued that ICANN is reluctant to intervene so it is not perceived to be interfering in the market.

But in ICANN’s referral it has stated it will take action “should the FTC or the OCA make a determination of illegal activity”.

”It could be that Vox Populi will also be in breach of its registry agreement, and ICANN could then act consistently with its public interest goals and consumer and business protections to change these respective practices,” the referral said.

With the start of the general availability period looming, brands have a choice of whether they accept the high fee in the sunrise period or risk a much higher price of being left vulnerable to potential cybersquatters.

With the creative opportunities that may arise from having a .sucks string, brands may find their image tarnished beyond the usual impact of bad faith registrations.