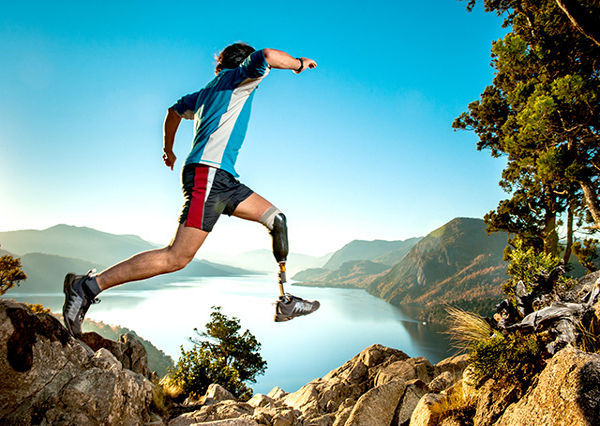 Unlike many other crowdfunding platforms, KarmaKrowd offers project managers IP advice and assistance to ensure that their ideas are protected. TBO spoke to Cindy Summerfield about why she founded the service and how it can help.

It might seem strange that a metallic pen could be at the centre of a battle on a crowdfunding website, but in 2012, that is exactly what happened in a dispute between two design companies, CW&T and Torr.

CW&T hosted a project on Kickstarter for the Pen Type-A and, aided by a wave of enthusiasm for the project, raised nearly $282,000. A similar product subsequently appeared on the retail website Fab.com under the name Torr, the same company CW&T had employed to manufacture its own pen. Although the case did not spark a legal dispute—CW&T had no IP rights in place—it did expose the problem of having no IP protection on a crowdfunded product.

KarmaKrowd has attempted to rectify this problem. It offers advice on IP protection to those who may not be familiar with registering trademarks or filing patents.

In an industry estimated to be worth $3 billion to $5 billion, and competing with approximately 500 similar services, KarmaKrowd is one of the first platforms to put IP protection at the centre of the projects it assists.

KarmaKrowd was founded by Cindy Summerfield, an IP attorney whose 25-year career includes employment at Pfizer and the US Patent and Trademark Office.

Her motivation for setting up the platform came from her own experience of using crowdfunding services.

“When I saw all these questions coming up in the FAQs and blogs, I saw a real need—there is a real knowledge deficit among start-ups when it comes to IP,” she says.

Crowdfunders’ lack of awareness of the need for IP protection is a big obstacle to protecting an idea, she explains.

She says: “My job is to make sure that the word gets out ... There is a lack of understanding of the steps that go into securing a patent or trademark at the country level as well as globally.”

At KarmaKrowd there is a focus on developing a project from start to finish.

“We ask people to complete an application form. Then we do an assessment of what they have presented. From that we identify their IP and opportunities to protect the product,” says Summerfield.

“When we have gone through the first step of identifying potential IP, we will work with the client to flesh that out a little bit. We will take the lead on filing a provisional patent, trademark or copyright application,” she adds.

The people behind a campaign approach Summerfield and her business partner, Patrick Richards, before they assess whether the idea can be developed.

Summerfield says: “We are trying to focus on clients who are viewing their idea as an opportunity to develop products. We support what are generally considered to be the best practices to make sure your IP and your legal house are in order before you launch and disclose your idea to the public.”

KarmaKrowd does not charge project managers upfront fees. Instead, it collects 5 percent of the total funds raised, with this going up to 8.5 percent if KarmaKrowd’s services are used to file a patent or trademark application.

“We work closely with the clients to streamline the system and make it easy to use. It is very important to us that people know what they need to raise,” says Summerfield.

Raising funds via a crowd requires project managers to advertise their products online to solicit donations.

But the ideas are then vulnerable to being copied if the project manager has not sought adequate IP protection.

As the CW&T case demonstrates, your idea or product might be copied if you haven’t protected it.

Summerfield explains: “The whole purpose of IP is to stimulate innovation. People will invest, develop and take the risk of putting a product out there because they have recourse in the event that somebody tries to steal their idea.”

Crowdfunding appeals to those who want easy access to investors and feel a sense of urgency about getting their ideas developed and produced.

“We help people get ready to go. They have brand ideas and we will search for the potential trademark issues. The same is true for patents. The patent landscape is incredibly complex,” says Summerfield.

She recognises the high expectations of project managers in attempting to protect their companies’ IP, but it is about “managing expectations” and ensuring that those people who are unfamiliar with the process begin to understand many of the difficulties, she says.

One of the advantages of crowdfunding is that you can develop a conversation with a committed customer base and a group of investors before the product goes on sale.

KarmaKrowd already has a list of products entering its ‘beta testing’ mode. At this stage, project managers open their ideas to private users to provide comment and feedback before they go out to the general public.

These range from an online marketplace for trading cards to a hydration measuring device for runners to a bio-feedback device for prosthetic legs.

In this phase, project managers are able to receive what Summerfield calls “good directional feedback”, where “fundraisers can create their targeted questions in the developing process”.

She says: “It is the perfect time to get the voice of consumers. People are locked into making the purchase and you as the crowdfunder are not committed to a particular design.”

There are, however, questions over ownership. If a funder contributes an idea to the design or name of a product they may feel they should have some ownership of the product.

"We support what are generally considered to be the best practices to make sure your IP and your legal house are in order before you launch."

KarmaKrowd anticipates this potential problem by making it very clear that the IP rights of the product belong to the project manager.

Summerfield says: “Our policy is that we encourage the sharing of ideas. That is what crowdfunding is about, but we are clear that the idea is shared with the intention that it belongs to the project manager.”

Who actually owns the IP rights of a product is not always that straightforward. A case between 3D Systems and Formlabs over a 3D printer highlighted the problems.

This case, however, does raise concerns for crowdfunding services and their vulnerability when a product on their platform allegedly violates the IP of right holders.

KarmaKrowd will also offer marketing and branding services to project managers. “One of the things we do with the client is go through a brand development exercise: ‘What are the components of the mark that need to be there?’ ‘What does the message need to be?’ ‘What are the most important attributes to focus on?’,” she explains.

“We would certainly not shy away from somebody who had their brand or IP in place. What we are looking for are people trying seriously to develop a new business and who want to follow the best practices.”

If a project manager has not registered a trademark then it can affect the ability to market the product, Summerfield says.

“I have seen situations where people have filed their trademark applications after they have publicly announced it. It definitely impacts the availability of the domain name.”

The dispute between CW&T and Torr shows that innovators seeking to raise funds on crowdfunding platforms can lose out financially if they don’t have adequate IP protection in place. As more and more people join this growing industry, it will be increasingly important that they are aware of the importance of protecting their ideas. Otherwise, something more lucrative than a pen might end up costing its inventor dearly.