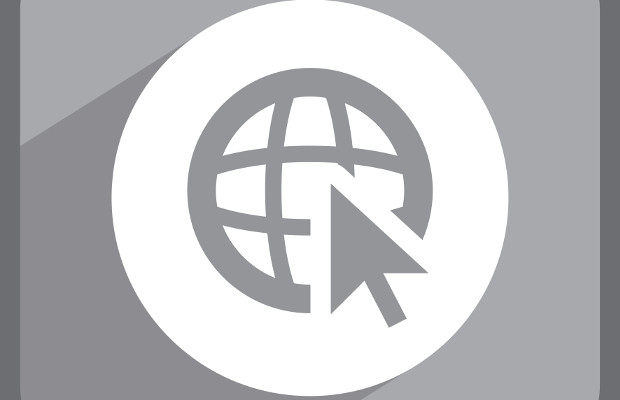 The implications of the role of hyperlinkers in the communication of protected works are becoming clearer in Europe, say Adam Rendle and Emma Sagir of Taylor Wessing.

In April 2016, following a request for a preliminary ruling from the Supreme Court of the Netherlands in the case of GS Media v Sanoma Media, the Advocate General (AG) at the Court of Justice of the European Union (CJEU) said that posting a hyperlink on one website to another website on which infringing copies of copyright-protected works are freely accessible to the public should not constitute an act of communication to the public under the Copyright Directive.

As discussed in an article published in February, in 2011 Sanoma, the Dutch publisher of “Playboy” magazine, commissioned a photoshoot with reality television star Britt Dekker. The photographs were published in “Playboy” in December that year.

However, before the publication, GS Media discovered that photographs from the photoshoot had been leaked through an Australian website, filefactory.com.

In October 2011, GS Media published an article titled “[obscenity] leaked! Nude photos ... Dekker” on its entertainment blog. The article included a cut-out of one of the photos and a hyperlink to a sub-page of filefactory.com, where the photos could be downloaded in a zip file.

On appeal, the Dutch Supreme Court considered the Court of Justice of the European Union’s (CJEU) 2014 ruling in Svensson and others v Retriever Sverige that the initial publication of a work on the internet makes it available to all internet users, so providing hyperlinks to that work did not constitute a communication to a new public for the purposes of Article 3(1).

However, in Svensson, the initial publication of the copyright works on the internet had been with the permission of the rights owner, and the CJEU was not asked to, nor did it, consider whether its conclusion would have differed had the works been published without the consent of the rights owner.

The Dutch Supreme Court therefore asked the CJEU the following:

Opinion of the Advocate General

The AG opined that, when a person publishes a hyperlink to an infringing website, it is irrelevant whether that person is, or ought to be, aware that the infringing copies have been placed on the website without the authorisation of the copyright owner, or whether those works had previously been made available to the public with the copyright owner’s consent.

His conclusion on whether there was a communication was that “hyperlinks posted on a website which direct to works protected by copyright that are freely accessible on another website cannot be classified as an ‘act of communication’ … since the intervention of the operator of the website which posts the hyperlink … is not indispensable to the making available of the photographs in question to users”.

“The AG seems to believe that it is only the person who effects the initial communication who carries out the ‘making available’.”

The AG’s reasoning appears to be as much based on policy as law. He considered that the use of hyperlinks was “both systematic and necessary for the current internet architecture” and that, if users felt at risk from copyright infringement proceedings each time they posted a hyperlink, they would be put off from doing so, which would be “to the detriment of the proper functioning and the very architecture of the internet, and to the development of the information society”.

A conflict with Svensson?

In Svensson the CJEU decided that, even though the hyperlinker brings about a communicationas it affords users access to a work, such a communication is not to a new public, because a freely accessible linked-to source has already authorised the communication to the public.

The CJEU also decided that there is a communication even if the users do not actually access the linked-to work.

The AG, however, opined that “hyperlinks which lead, even directly, to protected works do not ‘make available’ those works to a public where the works are already freely accessible on another website, but merely facilitate the finding of those works”. This seems to be a direct contradiction of the CJEU’s reasoning in Svensson that there was a communication; the AG seems to believe that it is only the person who effects the initial communication who carries out the ‘making available’.

Despite the absence of guidance from the CJEU on this point in Svensson, the Swedish Court of Appeal interpreted the preliminary ruling to conclude that the owner of a website could, without the authorisation of the copyright owners, redirect internet users, via hyperlinks, to protected works that had been made available on a freely accessible basis on another site by the rights owner.

The key point is that the linked-to works had been made available by the rights owner. A similar reference was made by the German Supreme Court in BestWater International v Michael Mebes and Stefan Potsch, which concerned the embedding of links in a third party website.

In BestWater again, the question referred to the CJEU did not specifically concern the absence of authorisation but the German court’s interpretation of the preliminary ruling was that framing of a video would be lawful only where the original was uploaded to the hosting website with the rights owner’s permission. If these national courts were right, they reveal a further departure brought about by the GS Media opinion.

A distinction can perhaps be drawn between the facts in GS Media and Svensson/BestWater due to the hyperlinks used in GS Media referring users to a sub page of the website filefactory.com containing a zip file with the images, rather than to the infringing images themselves.

Opening a zip file and accessing the infringing copies would then require the user to click again on the specific image file to open it. Therefore the hyperlinks did not link directly to infringing copies. If this distinction is valid, this ruling won’t necessarily apply to embedding services or to services which link directly to an infringing work (for example, if a music track is played automatically from a linked-to service when the link is clicked on). However, that is not a distinction which appears in the AG’s reasoning.

How does this ruling affect rights owners?

For copyright owners, a CJEU decision which follows the AG opinion would be disappointing as it would appear to close down a potential avenue for protecting content; the AG’s focus was on taking action against the ‘primary infringer’ rather than intermediaries (such as hyperlinkers) who bring that primary infringement to the attention of the public.

Of course, it will not always be straightforward to identify that primary infringer, let alone take enforcement action against it.

The opinion restricts the circumstances in which there is a “communication” of a work. In the AG’s opinion, the act of communication “must be vital or indispensable in order to benefit from or enjoy works” to come within the scope of the exclusive right.

This seems to suggest that whenever a work is otherwise freely available on the internet (ie, from a source other than the hyperlinker), the hyperlinker can never be responsible for a communication. This contrasts with the decision of the English High Court in the Twentieth Century Fox Film Corporation and others v Newzbin case of 2010.

There, a service which facilitated the location of files stored elsewhere online was found to communicate works to the public because it “intervened in a highly material way”. If the AG is right, that is no longer the test and causes of action based on authorisation of copyright infringement or accessory liability, where available in member state laws, are likely to be more helpful to claimants.

Given the apparent departure from Svensson in this non-binding opinion of the AG, it is not guaranteed that the CJEU will follow it. However, if the CJEU accepts the AG’s reasoning that a finding of infringement in GS Media would be so serious as to be “to the detriment of the proper functioning and the very architecture of the internet, and to the development of the information society”, it may well be inclined to try its best to follow the opinion while, at the same time, trying to be consistent with Svensson.

Adam Rendle is a senior associate at law firm Taylor Wessing. He can be contacted at: a.rendle@tayorwessing.com

Emma Sagir is a professional support lawyer at Taylor Wessing. She can be contacted at e.sagir@taylorwessing.com