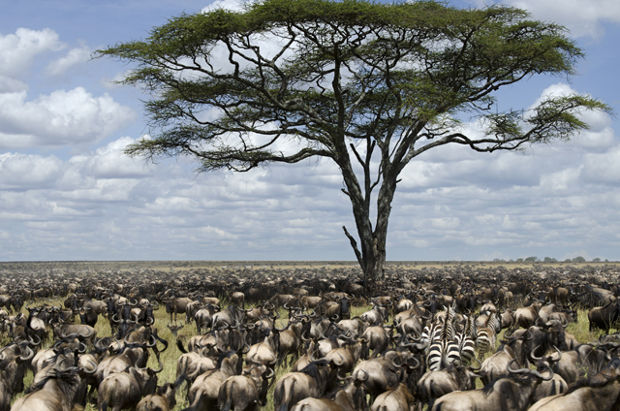 In a world where .com is considered king, KPMG is looking to break free. The professional services firm, a global network of independent member firms, is looking to replace its kpmg.com website with a fresher and slicker .kpmg generic top-level domain (gTLD).

“As the primary signal for our brand’s Internet addressing, .kpmg will replace kpmg.com,” explains David Green, head of global digital marketing at the firm, which operates in more than 155 countries and employs close to 155,000 people.

“The time it takes to get to that stage will depend on general public awareness of the gTLD programme,” Green notes. “We won’t immediately drop .com; there will be a phased migration.”

KPMG’s decision to apply for a new-look domain followed an internal “feasibility study” on whether to apply for a gTLD and, if yes, what to apply for, says Green, noting that 17 senior KPMG executives were interviewed.

“We had a very clear understanding from the outset that we were not applying for a domain name—we were applying to operate a secure registry system at the world root of the Internet. There were several advantages to applying, but the primary motivation was to operate a registry system, because it can provide a number of operational and technical advantages,” Green says.

These advantages, he explains, include having “superfast servers at the root of the Internet” and the ability to resolve lots of queries: a fantastic processing power such as the .com registry can handle “millions of queries per second”.

“It’s a massively scalable database; these registry systems have a proven ability to host millions of unique entries,” he says. “And you have more secure point-to-point Internet communications as well as unique addressing, which is where most of the conversation during the application stage was focused.”

Indeed, KPMG’s application states that the .kpmg domain will act as a “clear signpost” for Internet users to genuine KPMG domains and associated content.

“It will therefore increase consumer and client trust and reduce the possibility of malicious conduct. It may also allow us to engage with Internet users in their native language, creating a more positive user experience,” the application states.

Search engine optimisation (SEO), Green adds, was another big advantage of having a .kpmg domain, despite Google’s refusing to disclose how favourably its search engine will treat gTLDs compared with other domains.

“Google uses many different criteria in its relevance and ranking algorithm. One of those is the domain name: if a domain is a key term, it will have a greater relevance for people searching for that key term. So any website under a .kpmg domain is clearly owned and managed by KPMG, and the domain should have a higher ranking in that regard, although this will not mitigate the need to address other SEO considerations,” he says.

In line with one of ICANN’s goals for the new gTLD programme, innovation, Green says, and creating a platform for it to flourish, was another important consideration for KPMG.

“The gTLD programme is going to be hugely disruptive to business models, a core change to the Internet’s infrastructure. It could have as profound an impact as the invention of the World Wide Web itself,” he claims.

“Many brand applicants, which represent about a third of the overall number, applied to operate a registry system and I think a lot of the future innovation in the domain name system (DNS) will come from brands.

“Brands operating closed registries in particular have very different motivations for operating a gTLD registry from incumbent domain industry actors and new gTLD start-ups, who essentially view this liberalisation of the DNS as an expansion of the existing domain name market,” he says.

“After discussion with the Brand Registry Group, which represents major brands, ICANN has published a specification that acknowledges this distinction, and if adopted in the ICANN registry agreement, the changes would exempt trademark holders operating dot brand registries from the standard code of conduct,” he adds.

“THERE WERE SEVERAL ADVANTAGES TO APPLYING, BUT THE PRIMARY MOTIVATION WAS TO OPERATE A REGISTRY SYSTEM, BECAUSE IT CAN PROVIDE A NUMBER OF OPERATIONAL AND TECHNICAL ADVANTAGES.”

“Nobody can say for sure what we can expect, but ... the three main areas of Internet innovation at the moment are social media, mobile and the ‘Internet of things’. Regarding the latter, what eventually will happen is that the amount of machine-to-machine Internet communications will eclipse human-generated Internet traffic. For a thing or device to connect to a network, part of the required authentication and verification for a transfer of information or secure delivery of digital services will be a unique key field,” he says.

“So you start to see how these registry systems will be used not just for domains for addressing purposes, but we might need to start thinking about domain numbers and serial code numbers, which could be used for verification and access to further enterprise systems.”

Perhaps it is too early to predict exactly what the .kpmg (or any other) domain will look like in the future, but we do know that it will begin operating as a closed registry, which means it will not be available to the public—only to KPMG member firms.

“A variety of business-use cases will emerge over time,” says Green, “not least in terms of KPMG’s understanding the capabilities of a registry system and how that can be applied in terms of our existing IT systems and strategic plans. It’s also important to keep an eye on developments in the marketplace, so it will be very interesting to see what type of novel applications emerge and whether any of those apply to our own circumstances and business model.”

While he can’t predict how many registrations KPMG will handle, Green says that “you’re going to have second-level registrations”.

The .kpmg domain must still be finally approved by ICANN, but this approval is contingent on the firm’s position in the ‘lottery’ carried out to decide the order for evaluating gTLD applications. Because .kpmg came 1,411th out of more than 1,900 applications, it won’t be until 2014 before the domain is ready to go live.

There are still various requirements including negotiating a contract with ICANN and ironing out other “nuances” before KPMG reaches this stage, says Green, but “once we have cleared all the evaluation and the transition to delegation process, we will move to an operational state”.

Even after launching, there will be further technical considerations to manage.

“Initially, we will see closed brand gTLDs used for web addressing but not email addressing, as it will take longer to transition existing staff email systems to a new registry, which obviously doesn’t apply to an open gTLD domain sold to the public in the open marketplace,” Green says.

While he expects .kpmg one day to supersede kpmg.com as the firm’s flagship branded website, Green believes that the new gTLD will co-exist with the firm’s current domain name portfolio.

“We will continue to maintain our portfolio of domain names in terms of brand opportunities and protection of our intellectual property. We will also look to register in other registries, in terms of defensive registrations and market opportunities.”

The .kpmg project is in its infancy, but KPMG’s intentions are clear. While the benefits of a new gTLD may still appear vague to some observers, Green is adamant that .kpmg will bring the firm much joy in the future.

“We are excited about the opportunities this will potentially hold for the organisation.”