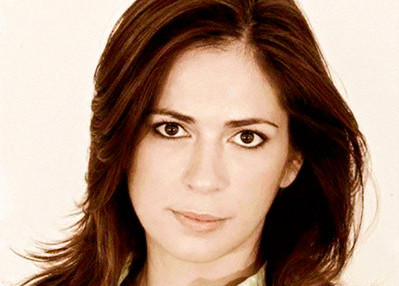 Downloaders of unauthorised movies might not all be the criminals and rogues the film companies and IP professionals portray them as, Lexi Alexander tells TBO.

Before its release, an unauthorised copy of the latest—the third—instalment of The Expendables, an action film series starring Sylvester Stallone and Arnold Schwarzenegger, was available online. The file was downloaded and shared more than two million times before the film was officially released.

Figures for the opening weekend box office were disappointing. Box offices across the US reported that just $16.2 million was raised on the film’s opening weekend, $12 million less than the second instalment and half as much as the $34 million raised after the release of the first Expendables film.

It is difficult to quantify the effects of piracy, but Lionsgate, the film studio that produces The Expendables, believes it has had a significant impact, and has filed a lawsuit against a series of websites which shared unauthorised copies.

But for Hollywood film director Lexi Alexander: “Anybody who sees a movie with the number three next to it is distrustful.” To her, file-sharing is a product of ‘franchise fatigue’, a feeling that film studios are cynically exploiting a commercial brand.

Alexander finds herself on the side of those who share files illegally (in a recent blog post she is holding up a card saying ‘Free Peter Sunde’, the imprisoned founder of The Pirate Bay), but she wants to find a way of bringing those who feel alienated and disenfranchised by Hollywood into authorised and legal channels.

The director of Green Street and Punisher: War Zone, Alexander has found her own films targeted by pirates, but she sees the positive side.

“I’ve found everything pirated. You know Green Street definitely is, and Punisher. But with Punisher I get a lot of emails saying that ‘the only reason I pirated this is because I am in Mexico and it didn’t come out and I was really angry’,” she says.

Upon its release, Punisher did not perform as well as expected at the box office. However, Alexander says this was due to a failure of marketing rather than illegal file-sharing. She says: “Punisher never reached the audience that was actually waiting for it.”

The film, however, has not faded into obscurity. Now developing a cult status, led by actor and comedian Patton Oswalt, it has experienced a resurgence. For Alexander, file-sharing has helped the film find a new audience since its release.

"It frustrates people when there is money, conversation about the film and then one’s country doesn’t get it for three months."

She says: “In that case pirating helped me because people found a good file-sharer and then afterwards bought many, many DVDs. If there is enough requests to stock DVDs then retailers have to order and pay for it.”

For Alexander, piracy functions as a word-of-mouth marketing tool. And it is not just her film that has seen the positive sides to such exposure; other films with budgets a fraction of that of The Expendables that were left in obscurity can find new audiences.

She says: “In a nation like the US, to make them aware of certain movies with no stars is very difficult; piracy has its way of assisting marketing. By looking at the page and seeing that a film you have never heard of has 1,600 seeds (the number of people who have downloaded the file and are providing it to others) you wonder what it is.

“I do go on pirate sites and I often find names of projects I have never heard of, but because they are so high up in the piracy chain I become aware of them. The file-sharers have given us benefits and helped us out quite a bit.”

Piracy sites, arguably, offer a democratic space for exposure. The number of seeds is tantamount to the number of votes a film receives and users can be persuaded by numbers rather than stars.

Alexander is not alone with her views. Jeff Bewkes, chief executive of Time Warner, said in a conference call published in June on the entertainment company’s website that he saw the positive side to the fact that Game of Thrones is the most pirated TV show globally at the moment.

“If you go around the world, I think you’re right: Game of Thrones is the most pirated show in the world … now that’s better than an Emmy.

“Our experience is it all leads to more penetration, more paying subs, more health for HBO [which produces the show], less reliance on having to do paid advertising,” he added.

Bewkes’ conclusion seems to be that piracy can lead people to legal, authorised channels. If the content is good then audiences can develop a relationship with the film or TV show and its makers.

Alexander adds: “If they are going to make these stupid remakes then I think people will distrust the studios. It may be good, but how many sequels have we seen where people are just buying the name, the brand?

“Nobody thinks they are going to see a masterpiece. Sometimes it is utterly surprising that the third in a series is better than the previous ones, but I think people want assurances.”

The argument against file-sharing centres on the damages done to those working within the relevant industry. If the income is cut short by audiences choosing to pirate works instead of purchasing the DVD or going to the cinema, then, the argument goes, the industry will suffer job losses and decreasing budgets.

Alexander, however, tells a slightly different story. Conscious that piracy can have harmful effects on the industry, it is the film studios that “own the rights” and are therefore directly affected. “I own nothing,” she says. This is perhaps most clear in the selling of her first film Green Street, which was first distributed by Universal but later sequels handled by Lionsgate.

"Our experience is it all leads to more penetration, more paying subs, more health for HBO [which produces the show], less reliance on having to do paid advertising."

“I made Green Street and there have been two sequels without my consent or without my getting money.

“In terms of owning copyright, it will always go to the company who is paying for it. I very rarely know of anyone who holds on to the actual copyright, because the studio is the one, or the network or the TV. They are the ones who share the money,” she adds.

The combative approach to piracy taken by the Motion Picture Association of America (MPAA) in the mid-2000s creates a simplified identity of those engaged in the file-sharing community. Those who download are characterised as thieves and pirates, which ignores the complex motivations behind file-sharing.

A study by academics Cenite, Wang, Peiwen and Chan at the Nanyang Technological University in Singapore, titled More Than Just Free Content, explored the motivations behind downloading unauthorised content. Their conclusion was that it was due to “market imperfections”—the failure of studios and distributors to find their intended audiences. Contrasting the image of file-sharers set out by the MPAA, they found that “most respondents believe downloading without subsequently purchasing was inappropriate in some circumstances”.

Failing to integrate file-sharers into legal channels has been the problem for the MPAA throughout the last decade, one might argue, but that type of approach has begun to change. Streaming services such as Netflix and Hulu, for which users pay a monthly subscription to view authorised content, can meet file-sharers’ need for quality content at affordable costs.

This is a model that Alexander agrees can make the accessing of content through authorised channels popular. But despite these services, piracy persists. One factor is the national restrictions on the BBC iPlayer or the different amount of content on the UK Netflix service compared to the US service, for example. When the internet imposes borders, it can leave file-sharers in various parts of the world frustrated that they cannot access the same authorised content.

Alexander says: “We talk about films as a world, but not as one nation. It frustrates people when there is money, conversation about the film and then one’s country doesn’t get it for three months. In Australia, if they want the latest Game of Thrones they will pirate it, so why is that even happening?”

Cenite et al’s study suggests peer-to-peer downloading is being used in “arguably positive ways to fulfil file-sharers’ needs that the content industries have not met”. Napster, Megaupload and The Pirate Bay arguably answered these needs and this has created a generation of people who were used to accessing unauthorised content.

Despite this, Cenite et al concluded that their file-sharer respondents “seemed to fundamentally respect IP”. This is what Alexander wants to harness in her search for new online distribution models.

There has been a major shift in strategy from organisations such as the MPAA and the Recording Industry Association of America in tackling the distribution of unauthorised content online. Where once these bodies targeted individual downloaders, they now approach the sites hosting such files. This task, however, is enormous.

In official comments made by the MPAA to the US Patent and Trademark Office: “To illustrate the enormous volume of infringement, in just the six-month period from March through August 2013, the MPAA’s six member companies sent 25.2 million takedown requests to non user-generated content websites and search engines to remove infringing content located at specific URLs.”

Alexander agrees that it is important that the IP of film makers is respected, but she recognises a greater need to work with the file-sharing community, which arguably feels disenfranchised and alienated from the Hollywood production system.

“I don’t want to be part of the people on the wrong side of history. I think maybe there is a way to actually make a point here.”

Online subscription models offering authorised content appear to be the remedy to piracy. The current popularity of Netflix is testament to that, and there is an argument that with the critical acclaim given to the original programmes produced by the streaming service, Orange is the New Black and House of Cards, audiences will always seek quality.