Time to wise up: watch face designs and IP infringement 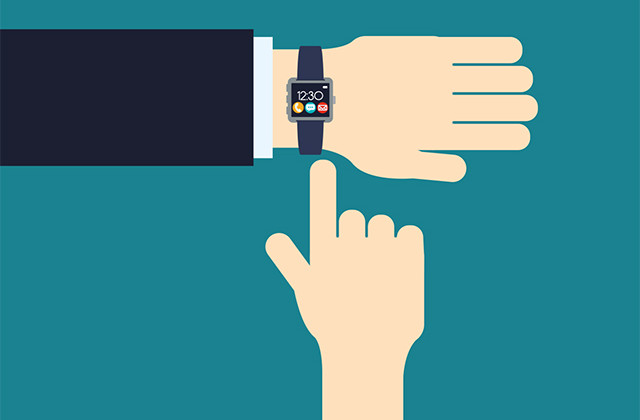 New technology is almost inevitably followed by new ways to infringe IP rights, and the arrival on the market of ‘smart’ watches is no exception. TBO investigates.

It is a type of rights infringement that could have been predicted.

This is the theory some observers have put forward regarding one of the current problems facing right owners online: the downloading of customised watch faces onto newly launched ‘smart’ watches.

Some of the designs, which are typically created by users of dedicated sites, have been unique but others have mimicked the brands of major players in the watch-making industry. Designs featuring logos of luxury brands including Omega, Cartier and Rolex can now be transferred to a customer’s wrist at the click of a button.

Around six months later Tim Cook, chief executive of Apple, revealed that his company would be releasing its own watch, the Apple Watch, in the spring of 2015.

A story on the file-sharing news website TorrentFreak in November last year detailed the practice and included an interview with the owner of FaceRepo, one of the websites.

But although brand owners have become wise to the problem—cease-and-desist letters have already been sent to websites allegedly infringing their rights—could this soon become the latest major concern for brand owners seeking to police their rights online?

Matthew Sammon, partner at intellectual property firm Marks & Clerk, says most new developments in technology are “followed by new methods of infringement” and that right owners need to anticipate such developments in order to take effective action.

Others agree. For Brett Heavner, partner at Finnegan, Henderson, Farabow, Garrett & Dunner in New York, the thing that “always amazes” him is the speed with which technology finds ways to help people copy or refer to existing products.

“Sometimes it’s in a manner that is surprising and hard to keep up with,” he adds.

“Every time you have a new product there is new technology that develops and which is hard to predict.”

Tom Carl, senior associate at law firm Taylor Wessing, says that after the digital revolutions for music, films and books—and the recent emergence of 3D printing—the “potential for new types of digital infringements” should not be underestimated.

“The cross-over of counterfeit watch faces into the new world of smart watches is therefore not surprising,” he adds.

But Heavner notes there is something “a little different” about this trend, notably because some of the downloads are reportedly free, with alleged infringers not making money directly from sales.

“Figuring out a way to scan in a watch face or artistically create a copy of a watch face consumers like, and using it, is still infringing a third party right, but it’s not technically counterfeiting because they are not making money,” Heavner tells TBO.

“Nevertheless, it’s still a problem and right owners are going to have to address it.”

In the aforementioned interview last November, FaceRepo’s owner (known as ‘Luke’) told TorrentFreak that it had received take-down notices from brand owners but that it discouraged the uploading of infringing content to the website.

Can cease-and-desist letters still provide an effective means of preventing the problem, particularly in the digital age when new websites can sprout with alarming pace and with website owners registering them in different countries?

Sammon says that while in some circumstances cease-and-desist letters may work, they are increasingly just part of an overall online enforcement strategy.

“Take-down notices, engagement with internet service providers (ISPs), detailed investigations and engagement with authorities can all be used to varying degrees to develop an effective strategy,” Sammon says.

"Brand owners may be able to stem the tide of counterfeit watch faces by licensing the use of their genuine watch faces to tech companies, eg, for the Apple Watch"

Sammon says Richemont’s success in the case should be seen as “leading the way for others” as the law can sometimes be slow to catch up with methods of infringement.

He adds: “There is a greater risk involved in bringing actions that rely on a fundamental change in the way the law is interpreted, so credit should be given to those willing to back their rights and take those risks, opening up the way to others.”

According to Heavner, the strategy of using ISPs to take down websites is an option that could be considered in the case of infringing watch faces.

“IP owners need to use their full arsenal of weapons to stop this sort of practice,” he says, although he adds that brand owners will have to “walk the tightrope” to determine how they are going to do it so that they do not look heavy-handed and alienate the fans of their watch brands.

Carl warns there won’t be a silver bullet to end all infringements, whether related directly to watch faces or not.

One option, he says, could be for brand owners to license the use of their watch face designs.

“Commercially, brand owners may be able to stem the tide of counterfeit watch faces by licensing the use of their genuine watch faces to tech companies (eg, for use on the Apple Watch) and/or by launching their own smart watches.

“The slow pace at which the music and film industries adapted to start offering consumers genuine digital products was one of the contributing factors to the early rise of online piracy—in contrast to what the publishing industry did with e-books, for example.”

For brand owners and consumers, determining what is counterfeit could still create potential stumbling blocks.

Sammon explains: “The complexity of the online space, including app stores, social media and online marketplaces creates opportunities for infringers. Infringements can be less obvious and are harder for consumers and right owners to identify.”

It could be especially problematic, says Heavner, if the brand name itself is not actually used on watch faces, meaning a right owner would have to rely on other forms of IP protection.

“It’s going to depend on whether a brand owner can establish copyright protection through the unique face of the design.”

To get this protection, Heavner says, the design will have to be considered sufficiently creative and original.

“The best thing, which is also the hardest, would be to get trade dress rights. This would mean that the watch face’s design is so distinctive and associated by consumers with the manufacturer of it that it would be treated as a trademark even without the word mark.

“It would be more beneficial because trade dress rights go on forever, whereas you know copyright will eventually fall into the public domain.”

Carl adds. “Legally, the most straightforward counterfeit watch faces to stop will be those that actually copy the brand name.

“In principle, brand owners may also be able to protect against counterfeits which only copy the watch face elements themselves, without the brand name, depending on how distinctive those elements are, but those cases could be more difficult.”

Once again brand owners clearly face a struggle to adequately protect their rights online. The problem of infringing designs available for download may only get worse, with Carl predicting that watch faces will continue to be downloaded and that the problem will likely spread to hard copy counterfeits of smart watches themselves.

As technology develops, so too do counterfeiters. This latest development has brought a new breed of infringement which, in the absence of protection offered by distinctive designs, could be even harder to police than usual.

Perhaps now is the time for the luxury brand industry to take lessons from the music, television and publishing industries and license its products digitally. Maybe then, we might see a gradual decline in the spread of watch face counterfeits.

*Richemont declined to comment on this article. Omega and Rolex did not respond to our requests.