Social media and trademarks: making a hash of it 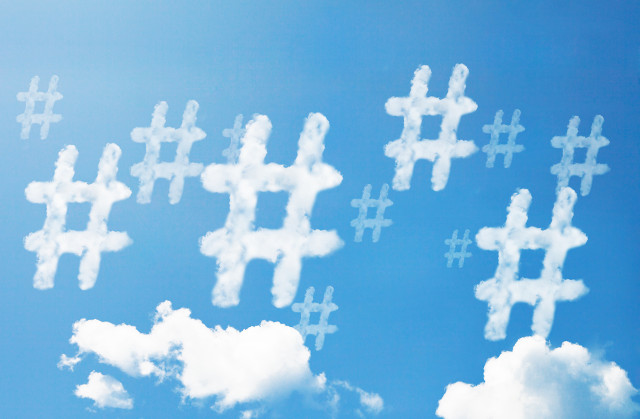 What is the scope for registering social media hashtags as trademarks in Europe, and could trying to control the public’s use of hashtags actually be a bad idea? George Sevier and Dan Smith of law firm Wragge Lawrence Graham & Co take a look.

Coca-Cola has applied to register US trademarks for ‘#cokecanpics’ and ‘#smilewithacoke’. It is not the first company to think about trying to prevent others from using ‘its’ Twitter hashtags, and it won’t be the last. But what’s the point, and can these #allonewordphrases be registered anyway?

Hashtags are widely used in social media to identify posts on a specific topic. They are predominantly used on Twitter to label messages, but also on Instagram to classify photographs. On those platforms, adding a # (hash) sign in front of a word automatically turns that word into a searchable link for other posts using the same hashtag. It is a way of tracking a discussion or categorising content related to peoples’ thoughts, eg, on the England football team or Kim Kardashian or even just their musings from the bathroom (as seen in toilet roll company Charmin’s #tweetfromtheseat campaign).

Since Twitter’s searchable links cannot contain spaces, hashtags are commonly made up of a short phrase with the spaces removed, such as #cricketworldcup.

Brands encourage people to use a particular hashtag to create a buzz around a campaign. As part of an effective social media strategy, this can work really well—getting the public talking and spreading the word while costing next to nothing. However, simply adding a hashtag into a yoghurt advert is not, by itself, enough to get people talking about yoghurt on Twitter.

Some hashtags have backfired, from the brand hashtags which are hijacked by disgruntled customers to make a point (“#qantasluxury is chartering a Greyhound bus and still arriving days before your grounded Qantas flight”) to those which really needed a closer proof read (#susanalbumparty to advertise singer Susan Boyle’s album launch).

Hashtags may include a brand or product (#AudiA3, #WantAnR8), feature a strapline familiar from advertising (Kit Kat’s #HaveABreak) or just use an ordinary word or phrase. Generic wording, such as #cheapflights, may be picked up in more searches than a specific brand hashtag, such as #expediaflights, but is probably less likely to prompt social media users to engage with a particular brand.

In the UK, a campaign which is often highlighted as a clever use of a hashtag is Domino’s Pizza’s #letsdolunch, where the price of Domino’s Pepperoni Passion Pizza dropped by a penny every time the hashtag was tweeted in a two-hour window.

Of course, anyone can start using a hashtag on Twitter. If it becomes popular, a brand promoting a hashtag may find its competitors (or others who it does not want to engage with) using the term. Consumers may be misled or confused into believing that the hashtag is part of someone else’s campaign. When the US charity the Amyotrophic Lateral Sclerosis Association (ALS), was promoting the #icebucketchallenge campaign, it was presumably unhappy when other charities hijacked the campaign seeking a similar boost to donations.

But even if a company manages to successfully register a trademark for a hashtag, it could have serious practical difficulties in trying to enforce it on platforms such as Twitter. Twitter users are free to post whatever they like instantly, as there is no pre-clearance by Twitter.

“Simply adding a hashtag into a yoghurt advert is not, by itself, enough to get people talking about yoghurt on Twitter.”

In some circumstances Twitter is prepared to remove posts (where unauthorised use of a trademark is misleading, for example), but this could become unmanageable if the hashtag becomes popular, and in any case the infringing tweets would be public for a while before being removed. From an English/European law perspective, there would be no infringement unless the trademark was used in the course of trade.

However, hashtags are not just used in social media. They are promoted by brands in advertising and on product packaging. They can appear on T-shirts—sometimes instigated by a brand, but just as likely by an enterprising T-shirt designer—and a registered trademark would be more enforceable in such a context. Even where use is only in social media (and despite the practical difficulties in enforcement), brands may well wish to have the option of trademark infringement proceedings to restrain use of a hashtag by competitors or repeat infringers.

In the UK, the biggest obstacle to registering a hashtag as a trademark is likely to be section 3(1)(b) of the Trade Marks Act 1994. This provides that registration should be refused for any trademarks “which are devoid of any distinctive character”. Unless the hashtag contains an existing trademark, it is likely to be made up of ordinary dictionary words.

Before Twitter came along, removing the spaces between the words and adding a # might have been enough to give the string of words some distinctive character. Now the format is commonplace, and hashtags would be treated in the same way that advertising straplines have been: absent a trademark or some other distinguishing feature, they would need to rely on the proviso to section 3(1)(b), which says that a mark should not be refused registration if it has acquired a distinctive character as a result of its use.

Unless the phrase making up the hashtag is inherently distinctive, or has been used by the brand previously, it could take a massive amount of publicity (and marketing budget) to show the requisite level of use, such that distinctive character has been acquired.

A well-known example of an advertising strapline which was considered to be sufficiently distinctive is ‘Have a break’. As a phrase, it has no inherent distinctive character, but having been used in advertising for a number of years as part of the strapline ‘Have a break, have a Kit Kat’, consumers have come to recognise it as being associated with Kit Kat chocolate bars. It is a rare example of a slogan which has succeeded in getting trademark protection.

Applications might also fail if the hashtag is not considered capable of functioning as a trademark, ie, serving as a label of origin which enables the consumer to distinguish the product or service of the trademark owner from products or services which have another origin. Section 1(1) of the Trade Marks Act 1994 requires signs to be ‘capable of distinguishing’ for them to be able to function as trademarks. This has been an obstacle to registration of slogans, since registries and courts take the view that consumers are not in the habit of making assumptions about the origin of products on the basis of slogans.

Despite the potential problems with getting trademark registrations for hashtags, it is possible, and a number of applications have been accepted. These include ‘#reimagined’ (owned by Etihad Airways, for travel services) and ‘#likeagirl’ (owned by Procter & Gamble, and registered as a Community trademark in class 35, as well as the class covering feminine hygiene products). Class 35 covers: “Advertising and marketing services provided by means of indirect methods of marketing communications, namely, social media, blogging and other forms of passive, sharable or viral communications channels.”

It remains to be seen, however, whether brands seeking to register their hashtags as trademarks will become commonplace. The nature of social media means that in most cases there may be little to gain in trying to prevent others from using a particular hashtag.

Problematic use may achieve little traction and/or be quickly superseded by other content, and other brands interacting with a brand’s campaign hashtag may even be a good thing. You can see why football governing body FIFA or the International Olympic Committee might want to be more forceful in relation to #worldcup or #olympics, for example: for them the success of a hashtag is predictable and giving up social media to non-sponsors could be hugely damaging to future revenue.

But, outside of the most widely promoted hashtag campaigns, registration and subsequent enforcement could well be more trouble than it is worth.

George Sevier is a principal associate at Wragge Lawrence Graham & Co. He can be contacted at: george.sevier@wragge-law.com

Dan Smith is a director and head of advertising and marketing law at Wragge Lawrence Graham & Co. He can be contacted at: dan.smith@wragge-law.com or on Twitter via @AdLawUK