Man in the middle: assessing the job for ICANN’s new chief 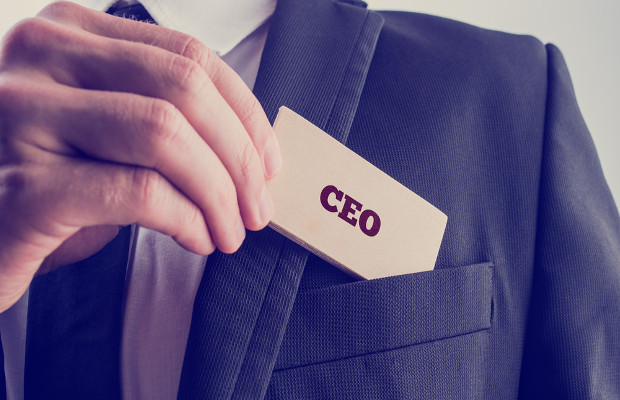 Göran Marby has been chosen to succeed Fadi Chehadé as the new chief executive of ICANN. Greg Shatan, president of ICANN’s IP Constituency, tells us what Marby can expect.

Earlier this year, ICANN announced that Göran Marby, then the director-general of the Swedish Post and Telecom Authority had been chosen to succeed Fadi Chehadé.

This came as a surprise to some, who were expecting an ICANN insider or someone with a high public profile. He is set to start at ICANN some time in May.

Marby was given a soft roll-out at ICANN 55 in Marrakech, since he was not yet on the job. This gave him an opportunity to take it all in, since this was apparently his first ICANN meeting.  Nonetheless, he quickly found his dance card full, as everyone wanted some time with ICANN’s new leader (although perhaps ‘chief facilitator’ might be a more appropriate view of the role).

While Marby is coming off a stint as a government regulator (and of course, ICANN doesn’t actually ‘regulate’ anything), his experience in government and with internet/telecoms policy will stand him in good stead. In previous lives, he has been an entrepreneur and an executive with major Swedish and multinational technology companies, with a significant bent toward cybersecurity. These are useful skills to bring to the helm of ICANN.

Although ICANN’s specific policy issues, and particularly ICANN’s brand of policy-making, will be new to Marby, he is clearly something of a ‘policy wonk’—and that’s a good thing.

He was seen in Morocco having deep and involved discussions regarding various aspects of telcom policy—it was almost a ‘Justin Trudeau explains quantum computing’ moment. If Marby sees ICANN’s mission as primarily technology oversight and policy implementation, that might help him avoid the trap of seeing ICANN as a champion of the domain name industry (we now have the Domain Name Association to do that).

Marby will also need to get comfortable with the chief executive’s role in the ‘multistakeholder model’. For his predecessor, this was a constant learning experience. While we can expect some bumps in the road for Marby as well, hopefully his approach can build on the lessons Chehadé learned.

Under Chehadé, ICANN’s corporate headcount grew significantly, while complaints of ‘stakeholder/volunteer burnout’ continued unabated. There have been some evolving efforts to increase the amount and type of stakeholder/volunteer support ICANN gives to the community, but it is too early to tell how successful some of these efforts will be.

ICANN would also benefit if Marby comes in and looks at the status quo within the corporation—the overall headcount, who does what, and the current organisation structure should not be taken for granted. Both long-time staffers and recent additions should be examined carefully. There’s a great deal of talent in the ICANN ranks, but any time an organisation grows quickly against a backdrop of changing responsibilities, things happen that may not stand the test of time.

Marby may also want to assess ICANN’s long-standing relationship with law firm Jones Day, which acts as an outside counsel, as well as taking a look at ICANN’s in-house legal team. Legal staff and outside counsel are among the most trusted advisers to a company. When they outlast management (several times over), their influence can take on a life of its own. The skills, experience and institutional memory of the legal ranks cannot be denied; however, neither can their influence or their ability to set the tone for the organisation—including how ICANN deals with the community.

There will be other challenges ahead for Marby. ICANN is undergoing an unprecedented change in its governance, as the changes proposed by the Cross-Community Working Group (CCWG) on enhancing ICANN’s accountability and the CCWG on the Internet Assigned Numbers Authority (IANA) stewardship transition are put in place. There will be greater community oversight and greater powers in the hands of both the community and individual stakeholders to hold ICANN accountable (or to hold its feet to the fire).

No-one quite knows how differently ICANN will function under these changes. Perhaps it’s a good thing that Marby isn’t deeply entrenched in the current way of doing things—he can explore the brave new world of a post-transition ICANN with the rest of the community (and the rest of the world, to the extent they care).

ICANN is also at an inflection point with the new generic top-level-domain (gTLD) programme. A majority of the new gTLDs have now been delegated, and some have been active for more than a year.

There are still some gTLDs stuck at various points in the pipeline, including a number of significant contention sets and several gTLDs that are expected to be particularly popular (some, including .music, fall into both categories).

But the gTLD programme is far enough along that the successes and failures are emerging, the ‘lessons learned’ are crystallising, and the ‘I told you so’s’ are either coming true or not. So ICANN is in the process of looking back, including several mandated reviews that have begun or will begin this year. This will be a major self-examination phase for ICANN.

At the same time, ICANN is turning Janus-like toward the future. A Generic Names Supporting Organization (GNSO) Working Group to determine procedures for subsequent applications for new gTLDs (if any) started several weeks ago. A GNSO group to determine what might replace Whois is also underway and another GNSO group to review and potentially recommend changes to all rights protection mechanisms (RPMs) in all gTLDs is also getting underway, completing the troika of potentially life-changing working groups.

While Marby won’t be directly involved in the groups (unless he decides to shake things up even more), they will profoundly influence the ICANN over which Marby presides.

Clearly, he will be keeping an eye on both the reviews and the groups, and the interplay between the two. There have been some calls to delay reviews, so that the community can devote its efforts to these (and other) working groups. While this might get us to the next round (or whatever) of gTLDs faster, it seems to put the cart before the horse—rationally, one would finish looking at the current and prior state of things before building replacements. Marby may have the opportunity to weigh in on this subject, if calls to postpone reviews continue. How he reacts could say much about his priorities and his style.

Another significant change is a little further off—board chair Steve Crocker is term-limited in the autumn of 2017. The ICANN board is a particularly active—even ‘activist’—board, with a very hands-on approach to its role in governance. It’s no coincidence that the CCWG-accountability focused so readily on the board and its actions as a key touchpoint for change in the organisation.

Finally, and no less important, Marby’s in the middle between the still-in-progress first round of new gTLDs and an ICANN that may see significant changes in how it allocates gTLDs, what Whois is, and how RPMs work.

It will be fascinating to watch and participate as ICANN—and Marby—move on from these ‘middles’. Until then, he’s stuck in the middle with us.

Greg Shatan is president of the IP Constituency at ICANN and a partner at law firm McCarter & English. He can be contacted at: gshatan@mccarter.com.