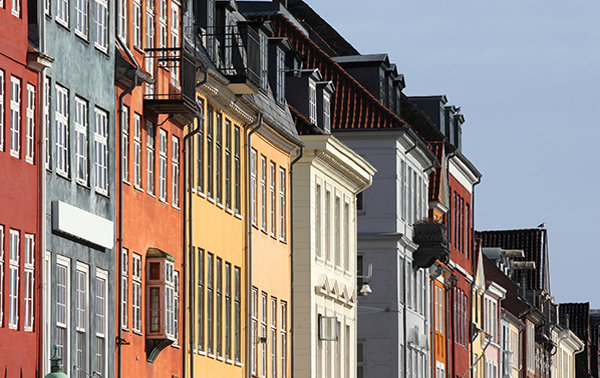 At the Marques conference in Copenhagen last month, Google, Nestlé and Lego were some of the brands on hand to provide top tips on protecting rights online and on social media. TBO provides a round-up of the best advice.

The magic number at this year’s Marques conference, from September 23 to 26, was 777—the number of attendees at the event and a record at that. Perhaps what attracted brands and practitioners in their droves was a respected list of speakers and an interesting set of topics or, simply, a chance to mix work and pleasure in one of Europe’s nicest cities.

One of the refreshing elements of Marques is that during sessions on social media, attendees are asked to tweet using a common hashtag and interact in a more informal manner. Things were no different this year, as those watching a discussion about brand abuse on social media platforms were asked to vote, via Twitter, on when to take action against alleged infringers. At times, the results were surprising.

The talking points in the session, which heard from counsel at Google, Nestlé and King (the maker of popular video game Candy Crush Saga), were presented as a series of case studies. First up was IP infringement versus free speech, with the audience watching a video mocking painter’s tape brand Scotch Blue. Perhaps provocatively entitled Psychos around the world are counting on Scotch Blue, the video shows a man being tied up with Scotch Blue tape.

It was badly made, said Andy Abrams, senior trademark counsel at Google, but the video constitutes free speech and protectable parody. He said when Google decides whether to remove any suspicious content, including from YouTube, it first considers whether the “flow of ideas and open access to innovation” will be impeded.

"Pick up the phone or send a nice message; they might even start supporting your brand and become an ally."

“Obviously in clear-cut cases of infringement we would take action, but in this case we would not want to stifle innovation,” he explained. Nestlé’s senior legal counsel Caroline Perriard, who was sitting alongside Abrams, agreed that the video was a parody even though she would be tempted to challenge it—a view reflected by the respondents on Twitter, who voted marginally in favour of free speech.

The next example was the now infamous suspended spoof Twitter account called ‘Shell is prepared’. The account was part of a hoax campaign created by environmental charity Greenpeace in 2012, when it launched a spoof site called Arctic Ready that was designed to look like Shell’s but which featured fake advertisements about oil drilling in the Arctic. One image on the site included a photograph of polar ice caps accompanied by the slogan, ‘It’s time to melt some ice’, while another used a lone polar bear with the caption, ‘He can’t run forever’.

Back in the warmer surrounding of Marques, the question was inevitably “should Shell take action?”, to which a majority of tweeters voted yes. However, neither Abrams nor Susie Harris, head of IP of King, agreed with this view. Abrams said Greenpeace’s campaign was brilliant and witty but it was a PR, not a legal, issue.

“Greenpeace wants attention. I definitely would not have started legal action,” Abrams said, before Harris added: “They are waiting for you to bite and make that campaign successful.”

A PR disaster triggered by IP enforcement is clearly something most brand owners want to avoid, even if they are legitimately protecting their rights. In that vein, the next case study focused on the relationship between taking action and maintaining a good public image, with Harris saying PR teams must be briefed in advance of any enforcement “so that nothing is a surprise” to them. Abrams explained that Google usually files “nice” cease-and-desist letters, particularly as the company has to expect some of them being shared online.

According to Harris, she assesses the potential harm of any infringement to Candy Crush’s players and its brand before making a decision, as there are “way more infringements than we can take action on, so we need to prioritise”. There are cases when King might be able to enforce its IP but chooses not to—for example, when fans produce guides to playing Candy Crush or make game-related merchandise in small quantities, she said.

There is also a “ridiculous” amount of fan-created content including YouTube videos, one of which, shown by Harris, was a fake trailer for a Candy Crush film.

On the flip side, Harris continued, if guides are used to offer cheats to the game or provide links to scam sites, if merchandise is mass produced or if there are fake apps, she would have to take action. “Apps are a big priority,” she explained, adding that typically there will be an increase in unauthorised apps after the company launches a new game on Facebook.

While discussing whether to permit or tackle infringement, Harris recommended that brands familiarise themselves with the nuances of different websites’ takedown procedures. “If something is not an exact copy, often they will take it down based on a similar trademark, not copyright.” Companies should file takedown notices “as soon as possible”, she added, and check the major platforms daily.

From a platform’s viewpoint, Abrams said he can appreciate brand owners’ frustration when they try to remove content, but one of the challenges companies such as his face is scale. As he explained, there are 100 hours’ worth of YouTube content uploaded every minute—“a tremendous amount”—and every flagged item gets diverted to a reviewer, who can take time to process it. Each complaint is processed based on the law of the relevant jurisdiction, he explained.

He added: “You should differentiate between different types of infringement. Don’t use the same approach to egregious infringement and fan pages. Don’t make fans angry—you could start a social media war. Pick up the phone or send a nice message; they might even start supporting your brand and become an ally.”

Empty accounts—those that produce no content—was another issue for the three lawyers to tackle. Attendees were shown a Twitter account using the name ‘Purina’ (also the name of a Nestlé pet food brand), from which there were no tweets. The question was simply: “Would you ignore it or take action?”, to which more respondents answered ignore. However, Perriard, who recovered the account in question for Nestlé, said “we want to use our brand” and defended her company’s right to take action. Interestingly, this view was challenged directly by Abrams. “In this case it was a girl’s face and there was no content; the user name alone is not necessarily trademark use, which is consistent with domain name law.”

The case shone a light on the need for legal and marketing teams to cooperate to ensure brands register their names as widely as possible across social media. For brand owners with a large number of trademarks, it is impossible to register all of them, said Perriard. But, for example, Nestlé uses naming conventions to ensure new campaigns are launched at an appropriately-named account, she said.

Harris agreed: “We do that as part of our game launches—it’s the marketing team’s responsibility to get the URL on Facebook, Twitter, etc, in advance of a launch.”

Later on in the conference, Lego provided an update on its strategy for dealing with online infringement, in particular from fan websites. Now the biggest toy manufacturer in the world, the Danish company was represented by corporate counsel Mette Andersen, who explained that “we don’t mess with fan sites” because it might alienate them. In a show of loyalty to the brand, she said, fans themselves will pursue unauthorised sites and “tell them ‘you’re not allowed to use the Lego logo’”.

But one member of the audience questioned whether fan sites are increasingly using adverts to make revenue and wondered what Lego’s policy is for dealing with them. In response, Andersen said she is quite sure that if there was an advert on a site, “the fans would make sure it is taken down”.

She added: “We look at domain names and if there is commercial content we will explain to them they can’t use our trademark commercially—and they change the name or take down the adverts.”

The Marques conference, although dedicated to trademark owners and practitioners, was notable this year for its increased focus on brand promotion and business strategy. Several speakers covered this angle, from Thomas Ryge Mikkelsen, chief marketing officer at jeweller Pandora, who said that in 2007 the company had no website or social media presence, to Emma Stopford, vice president of healthcare company GlaxoSmithKline (GSK). She told the audience there are “no boundaries to social media” and that GSK has accounts with the likes of Flickr, Google Plus and LinkedIn. Social media have “transformed our trademark work”—by requiring more clearance and reviewing—Stopford added.

A separate talk by Peter O’Byrne, group counsel at cosmetics brand The Body Shop, highlighted the risks of using social media for brands. “It’s very important to establish who is responsible: marketing? legal? communications? We have a cross-functional team and a clear policy about what media we’re focusing on,” he said. The Body Shop must also be wary of infringing third-party rights, he explained, noting that celebrity endorsement is a typical form of marketing in his company’s industry “and we have to be careful”.

The theme of brand promotion and business strategy did seem slightly tenuous at times. After all, the Marques conference is dedicated to brand owners and trademark practitioners, most of whom are concerned about how to protect and enforce their rights, rather than monetise them. However, after chatting to a couple of lawyers at the event it became clear that keeping abreast of the latest marketing and business trends on social media and online is certainly helpful, even if not completely necessary.

Overall, this year’s conference appeared to be a resounding success, and one which provided much food for thought for brands seeking to navigate the increasingly tricky areas of the internet and social media.