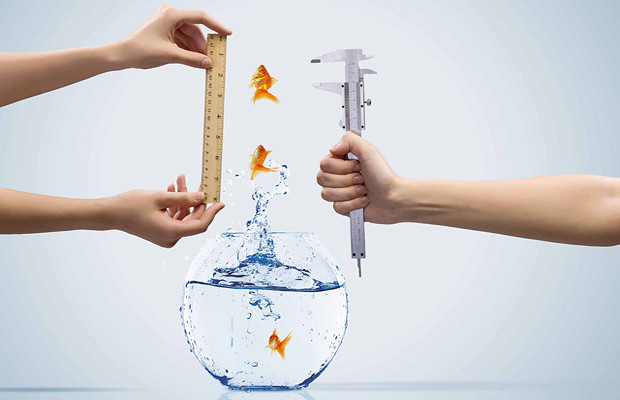 The new gTLDs have finally arrived, promising an era of innovation for the Internet’s global addressing system. The measure of success for this tectonic shift will lie not in raw numbers, but in how it improves the Internet experience for users, says Bob Samuelson.

The process of bringing the new generic top-level domain (gTLD) programme from concept to reality has been years in the making. While the body that oversees the Internet’s addressing system, ICANN, began approving new gTLDs in 2013, it wasn’t until January 2014 that ordinary Internet users got the opportunity to register addresses in them.

At the time of writing, only a fraction of the many hundreds of TLDs slated for introduction have opened their doors to the public, but even that very small sample has triggered an outpouring of interest and activity in the global Internet community.

At the end of February, Donuts Inc—the largest single applicant for new gTLDs—had made 29 domains available to the public in what the domain name industry calls ‘general availability’. Some of the earliest available domains include .bike, .guru, .land and .clothing. In just over a month of general availability for those 29 domains, Internet users around the world have registered more than 200,000 addresses under them, and the number is growing fast.

While registration statistics are interesting—and important for companies in the new gTLD industry—they don’t tell the whole story of how new gTLDs are changing the Internet addressing landscape.

For more than a decade, Internet addressing has been a numbers game. With all the major domains long divorced from their original meanings (‘commercial’ for .com, ‘network’ for .net, ‘organisation’ for .org), the most desirable domain was simply the one with the most addresses. Absent any intrinsic meaning, it’s not hard to see how most registrants simply gravitated toward the biggest domain—.com—creating a virtuous cycle for it.

When ICANN first experimented with adding new gTLDs in 2000, the batch of seven new names was too small to meaningfully impact that dynamic. The two most successful from that round, .biz and .info, were broad generic terms with little differentiation from the market-leading .com and .net.

But this programme is profoundly different. By the time it is completed, more than 1,000 new TLDs will be added to the Internet’s addressing system, representing a wide range of interests, sectors, hobbies, industries, languages, brands and localities.

In 2000, the question was “what will be the next .com?” Today the question is “how will new TLDs change the way Internet addressing looks in the next five to 10 years?” And while it’s not possible to answer that question just a few months into the availability of new TLDs, early indications paint an interesting picture of what could be coming.

Maki.guru is a food truck that sells sushi to order in Vienna, Austria. One of the seven TLDs included in Donuts’s first general availability batch, .guru opened to the public on January 29, 2014, and already is a cornerstone of this truck’s online and real-world identity.

One of the selling points of new gTLDs has always been that they will alleviate artificial scarcity in TLDs such as .com, where attractive addresses are either long gone or priced way out of reach on the aftermarket. And while that certainly is an aspect of the value of new gTLDs, it isn’t what’s new about this programme.

The real value this time around lies in the ability of registrants to build highly specific online brands around names that are targeted specifically to their businesses, interests and localities.

In recent years, the rise of closed networks such as Facebook and Twitter has prompted some people to question whether Internet addresses are still relevant. But those questions have always overlooked the essential role that domains play in branding in the digital age. In the digital world, it is ideal when a company’s name and its domain name are one and the same. New gTLDs make that possible for an exponentially larger number of businesses and individuals.

So when measuring the success of a new TLD, its raw number of registrations will be less indicative than how it is being innovatively used by its target audience. A TLD such as .plumbing may have a fairly narrow target audience, but if it is embraced by the plumbing community, it will have added tremendous value by serving its specific purpose.

Beyond the raw numbers of registrations, new gTLD operators will be watching closely to see what percentage of registered names are being used, how they are being used and how those names are resonating with the communities they are designed to serve.

Few in the new gTLD community expect a wholesale migration from legacy domains such as .com. Companies that have built brands in .com will undoubtedly want to keep those brands active, but new TLDs open up a host of new identity options for new companies, as well as for established companies that are constantly building new brands, campaigns and business lines.

As with any new tools introduced to the Internet, the one thing that is certain is that innovators will find uses for them that the creators never considered. While new gTLD operators are focusing on developing appealing strings, and operating secure, stable infrastructure, entrepreneurs and innovators will have the real say in how dramatically those TLDs change the face of online communication.

One area where the new gTLD community has innovated dramatically is in the area of brand protection and reputation management. New TLDs pose significant new challenges to brand owners, and meeting those challenges will be pivotal to the success of the programme.

Key for the new gTLD community will be establishing trust with trademark owners so that they come to view new gTLDs as powerful tools for enhancing brands, rather than threats to their integrity.

In 2013, Donuts launched its Domains Protected Marks List (DPML), a tool that allows rights holders to protect marks across the entire universe of Donuts's TLDs with a single, inexpensive service. Generally, when an authorised trademark owner places a DPML block on a specific trademarked term or a term containing that specific mark, that term cannot be registered in any of Donuts TLDs (the company expects to operate about 200 gTLDs) by anyone other than the trademark owner.

By using DPML for key marks, brand owners can be confident in the control of their brand identity and use Donuts gTLDs to pursue valuable business opportunities, rather than just to mitigate risks. The response from the IP community has been overwhelmingly positive.

The effect of these types of innovative approaches to brand protection leads to another key measure of the new gTLD programme’s overall success: the extent to which it yields registrations that are active, as opposed to defensive. By reducing—or virtually eliminating, as in the case of the DPML—the need to defensively register individual addresses, new gTLD operators will seek to cultivate gTLD zones in which the majority of domains are live and serving the online public, rather than parked and dormant.

Of course, the ultimate determination of the value of new gTLDs rests not with new gTLD operators, or even perhaps with new gTLD registrants, but rather with Internet users.

While some have speculated that new gTLDs could cause confusion among users, effectively implementing the programme will have precisely the opposite effect. The domain name system exists simply because words are easier to memorise than numbers. The ability to type ‘google.com’ rather than 74.125.224.18 has made the Internet a powerful tool.

But as legacy TLDs such as .com offer little semantic meaning and have grown more crowded, that functionality has diminished profoundly. The average length of domain names has steadily increased, as have their complexity. New gTLDs hold the potential to reinvigorate the Internet's addressing system's original purpose by letting the owner of Joe’s Plumbing register ‘joes.plumbing’, rather than a cumbersome name such as ‘joesplumbingnyc.com’.

As such intuitive online branding becomes more widespread, users will tell us whether the programme is succeeding simply by how they click. N

Bob Samuelson is vice president of sales and marketing at Donuts Inc. He can be contacted at: bob@donuts.co

Bob Samuelson brings more than 15 years of domain, brand protection and digital marketing experience to the Donuts team. After working at .tv, he joined Verisign’s Digital Brand Management Services group, providing domain portfolio management and brand protection services for some of the world’s largest and most respected brands. Most recently with the Marketing Cloud division of Adobe Systems, he gained invaluable knowledge about the website creation life cycle and the consumer experience.