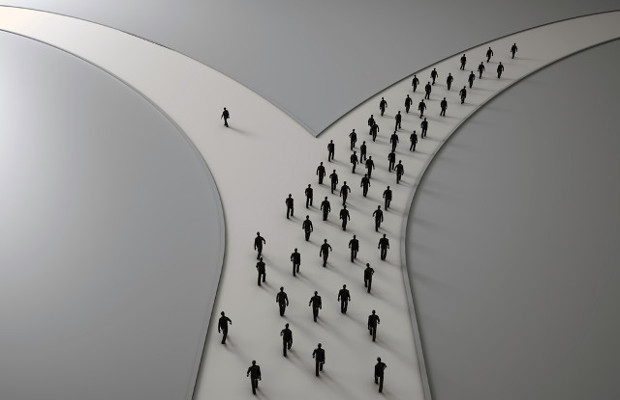 As we come to the end of 2015, the transitional situation surrounding ICANN and its members looks set to continue, says Matt Serlin of MarkMonitor.

The transformational change brought about by the new world of generic top-level domains (gTLDs) is showing no sign of slowing down for brand owners, according to discussions at the ICANN 54 meeting held in Dublin from October 18 to 22.

In fact, if I had to sum up the theme from the final meeting this year, change in general was certainly at the top of the agenda, with ICANN itself in the midst of appointing a new chief executive, and the transition of the Internet Assigned Numbers Authority (IANA) functions as the US government moves away from its central role, right through to the latest potential developments in the new gTLD programme.

At the Internet Neutral Exchange Association, where the meeting was hosted, delegates at the meeting discussed a range of hotly debated topics, perhaps the most noteworthy of which for brand owners are the potential next stages in the gTLD space.

As we near the end of the latest round of new gTLD applications, speculation is rife over whether a second round of new gTLD applications will get underway, or whether it will be opened up for applications on a continual rolling basis. There was a real interest shown in giving brand owners the ability to apply for a gTLD before the generic gTLDs are more widely available in the next round. This is an attractive dynamic that has the potential to affect brand owners.

This concept would change the entire gTLD landscape. The perception among the ICANN delegates is that it would certainly have positive implications for the new gTLD programme, particularly as it would make it more visible and successful on a global scale.

“The group is under pressure to deliver the concept and move forward into the next phase so a decision is expected ahead of next year’s US presidential elections.”

If large brand owners start using their ‘dot brand’ gTLDs in day-to-day communication with clients and partners around the world, it would benefit everyone in the industry. For example, if a brand owner started using a city gTLD in a certain geographical area, it would raise awareness and visibility of the programme in that region. If brand owners are granted the ability to apply in an earlier round and start to roll out the new gTLDs in the mass market, the value would be felt across the whole gTLD ecosystem.

Another change discussed at the meeting was the transition of the IANA functions, a process that has been going on for almost a year.

The US government is slowly moving away from its role in technical coordination—the IANA functions—and ICANN will then become a truly independent body. Discussions that dominated the meeting surrounded improving the overall accountability of ICANN, and how it can independently exercise stewardship of the internet’s domain name system and at the same time remain accountable to the global internet community.

Two models of accountability were debated, with the likely favourite being the ‘designator’ model. Regardless, there will be a greater level of transparency and elements such as the decisions and appeals process will be much more robust than they are today. The group is under pressure to deliver the concept and move forward into the next phase so a decision is expected ahead of next year’s US presidential elections.

In terms of ICANN’s overall role, there has always been a degree of scepticism about the group being directly involved in content on the internet. However, as the central body representing the industry, with the contracted third-party relationships, intellectual property and business participation, it is only natural that people talk about topics involving the domain name registrations.

During the Dublin meeting, talks focused on what could be done to address a number of online threats, such as combating the sale of counterfeit goods online, the distribution of malware and other risks that have become a common occurrence in the domain name space. During the opening session, this topic was covered, with a range of different views and perspectives on everything from distribution of malware to illegal pharmaceutical sales. There was a clear sentiment that it is in everyone’s interest to come together and promote a healthy domain name space, and we can expect to see more of these discussions at future ICANN meetings.

The significant changes sweeping through ICANN were discussed against the backdrop of the current chief executive’s leaving the group next year. There was an air of uncertainty at the meeting, as the application process for the role is still underway and more than 100 candidates have applied for the leadership role.

There is much speculation within the industry about whether an insider or an outsider will be appointed. The outcome will soon be revealed, however, as the new chief executive is expected to be present alongside the incumbent at the first ICANN meeting of next year.

One certainty for the New Year and the next meeting in Marrakech (March 5 to 10) is the birth of a very different and independent ICANN. Everybody involved in the industry can look forward to more exciting developments in its policies and practices in the not too distant future.

Matt Serlin is vice president, global client services and operations at MarkMonitor. He can be contacted at: matt.serlin@markmonitor.com