Multiple threats: IP on the Internet 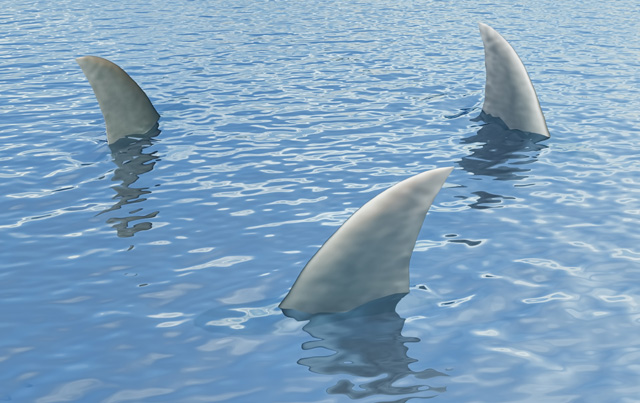 Companies and individuals operating online need to be wary of a multitude of possible problems, as Safir Anand describes.

Himalayan Drug Co (Himalaya) launched its website TheHimalayaDrugs.com in 1998. The website listed 209 Himalayan herbs and their details, which had required the company to employ skill, labour and money to develop this huge database of herbs.

Himalaya Drug Co was able to prove that the other company had attempted to pass off its herbal database as their own. The court gave Himalaya the entitlement to compensatory damages as well as decree for INR 794,227.00, representing punitive/exemplary damages.

Phishing is characterised by attempts to fraudulently acquire sensitive information, such as passwords, usernames, login IDs, ATM PINs and credit card details, by masquerading as a trustworthy person or business in an apparently official electronic communication, such as an email or an instant message.

ABC Consultants, a HR consultancy firm, misused the name of Nasscom for its headhunting activities, by extracting the resumes of people invited to a conference. The Delhi High Court was quick to respond, issuing a ruling within 21 days of the complaint being filed. The court held that phishing was actionable under the Indian law on the basis of conventional torts, such as invasion of privacy, nuisance and negligence, etc. The court granted INR1,600,000 ($24,000) in damages against ABC and these were paid in court.

A metatag or metadata is a keyword or phrase embedded in a website’s HTML code for identifying and categorising the contents of a website by Internet search engines. A potential trademark infringement arises when a website contains its competitors’ trademarks or trade names in its metatags. Continuation of this practice diverts consumers from an authorised site to another.

The ruling in Tata Sons Limited v Bodacious Tatas followed a decision by a World Intellectual Property Organization Arbitration and Mediation Centre panel ordering the transfer of a domain name that incorporated one of the most popular trademarks in India, ‘Tata’. The defendant, Bodacious Tatas, also used ‘Tatas’ as a trademark and a metatag. The Delhi High Court further restrained Bodacious’ use of Tata not only as a domain name, but also as a metatag.

Satyam, an IT company, had a reputation in the market and had registered the name ‘Sifynet’ and various other names with ICANN and WIPO. Rival company Sifynet registered the domain names Siffynet.com and Siffynet.net, which were similar to Satyam’s domain name Sifynet.com. The word Sify was first coined by Satyam using elements from its corporate name Satyam Infoway, which had a very wide reputation and goodwill in the market.

The Supreme Court held that “domain names are business identifiers, serving to identify and distinguish the business or its goods and services by a corresponding online location; an action of passing off can be found where domain names are involved”. The court also observed that a domain name has all the characteristics of a trademark, and ruled in favour of the plaintiff.

Cyber squatting refers to the bad faith registration of a domain name containing another person’s brand or trademark in a domain name. It can be defined as registering, trafficking in, or using a domain name with bad faith. The cyber squatter then offers to sell the domain to the person or company who owns a trademark contained within it at an inflated price.

Domain Active Property Ltd, an Australian entity, was ordered by WIPO to transfer the domain SBICards.com to the Indian company State Bank of India.

The Australian entity had hijacked the domain name hoping to later sell it for a hefty sum. The WIPO panel accepted SBI's counsel’s argument that “the Australian company was in the business of buying and selling domain names through its website”.

A hyperlink usually links one document on the Internet to another document (the target). A hyperlink or link is a reference from one website to another, usually distinguished by underlined text in a different colour or a graphic or an image. Conventionally, linking from others has been welcomed by linked websites, as it increases traffic to the linked website, the advertising rates and thus the revenue of the linked website.

The Delhi High Court ruled in favour of Mattel Inc, the holder of international rights in the mark ‘Scrabble’ for games. The court ordered RJ Softwares to stop using the marks ‘Scrabble’ and ‘Scrabulous’ in relation to an online version of the game as part of its source code and metatags. The court restrained RJ Softwares from hyperlinking.

In the last decade, social networking websites such as Orkut, Facebook and Twitter have arisen, where people of the same interest groups come together as a community. In such communities people share information about the latest happenings, express views, criticise certain issues, etc. The Indian government has recently been trying to control these activities which can elevate sensitive issues, possibly leading to disharmony in society. Examples include:

•  A fake video uploaded on YouTube showing the Indian Bollywood superstar Amitabh Bachchan endorsing Narendra Modi to be the next prime minister angered Bachchan to the extent that he tweeted: “Fake! Fake! Fake! Video”.

•  Political leader Mohammad Azam Khan filed a complaint with the director general of police against a fake Facebook account in his name, on which inflammatory statements had been posted.

•  A man was arrested on charges of creating a fake ID on Facebook, using offensive language on the social networking site, defaming a woman and for impersonation, criminal intimidation and defamation. He was arrested under Sections 66-A (sending offensive or false messages through communication service), 66-D (cheating by impersonation using a computer resource) of the IT Act & Sections 500 (punishment for defamation) and 506 (criminal intimidation) of the Indian Penal Code.

An interim injunction order granted by the court restrained the transfer, alienation or offer for sale of the domain name arunjaitley.com to any third party and the creation of any third party interest therein. It was contended that as far as individual persons or eminent personalities are concerned, their identity is established in the virtual world of the Internet.

Therefore, it is incumbent to protect domain names so that the identified names of companies and individuals which are distinct in the marketplace may not fall into the hands of individuals who have no genuine link to those names.

In another case Daler Mehndi, an Indian composer and performer, brought an action against the defendant following the registration of the domain name dalermehndi.net. The Delhi High Court restrained the defendant Jhaveri from using the trademark ‘Daler Mehndi’, thus recognising the fact that an entertainer’s name may have trademark significance.

Safir Anand is a senior partner at Anand & Anand. He can be contacted at
safir@anandandanand.com