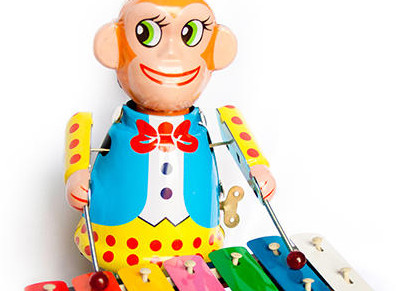 Musicians, publishers, websites and internet users all need to stay up to speed with issues of copyright protection, says John Illsley.

Imagine spending months creating and editing new music for people to listen to and enjoy, and then finding that someone else has used it for their own purpose without asking your permission or giving you credit for it. That’s the dilemma faced by many in the music industry with the rise of the digital age and online music streaming websites.

Musicians, producers and songwriters rely on the money earned from the sale of their music to continue with their creative exploits and also to cultivate their brand and their public persona. The value of a piece of music can increase or decrease significantly over time, depending on the way it is used.

Songwriters’ or artists’ reputations can be damaged if they are not able to control the use of their music. For example, when a video of Britney Spears singing her song Alien without auto-tune was leaked online, it went viral within minutes, showing the singer to be clearly out of tune. The video damaged her reputation as an accomplished singer and raised many questions over whether her performances were live or
lip-synced.

The leaked video not only damaged her reputation, it decreased the value of her brand and her music. The video was quickly removed after YouTube received a copyright claim from record label Sony Music Entertainment.

In the EU music copyright lasts 70 years from the date of its creation; after that it is in the public domain and can be downloaded for free.

Copyright restricts people from copying music; renting, lending or issuing copies to the public; performing, broadcasting or showing it in public; or adapting it without permission from the right owner. However, with the rise of the digital age, exceptions have been made in the UK which allow people to convert the format of the music, therefore allowing them to copy music from purchased CDs to their computer, tablet or mobile phone.

In order to use copyrighted music for a commercial purpose or for use on the radio, it is necessary to gain permission from the right owner and pay a licence fee. Online radio stations and streaming sites such as Spotify and YouTube require numerous licences to legally use music from various artists.

The Performing Rights Society licenses musical works and collects royalties on behalf of songwriters, composers and publishers. PPL (formerly the Phonographic Performance Limited) issues licences to play recorded music and pays these fees to the copyright owners, which are normally performers and record labels. Both licences are required to legally distribute the music online, as it allows for every party in the production of the music to be paid fairly for their input.

Peer-to-peer file-sharing sites such as The Pirate Bay are illegal, as the people providing music there have not been given permission to share it. They have not paid licensing fees and have not paid the right owner and others involved in producing the music for their work.

Music copyright has been a contentious issue for many years, and as governments worldwide look to reform their policies, more companies are taking copyright infringement cases to the courts.

Earlier this year Spotify found itself in hot water with dance music brand Ministry of Sound (MoS). The issue of contention was not the music itself, but the order in which it was played on the streaming service, with MoS seeking an injunction to prevent users from creating playlists based on original MoS compilation albums. In effect, MoS sought to gain copyright protection for its compilation orders. The case was settled out of court but it did shed some light on the inadequacies of current copyright laws.

YouTube is refreshing its licensing terms after being involved in numerous copyright infringement cases. In July YouTube blogger Michelle Phan was sued by music label Ultra Records for using music on her videos, allegedly without permission. Claims that Phan has monetised her YouTube channel and website through advertising has led Ultra Records to seek $150,000 for each proven copyright infringement.

Cases like this are not uncommon for YouTube and have led the company to change its licensing terms in order to launch a paid-for music service to rival that of its competitors and to protect the copyright of major music label artists. Around 95% of music labels are said to have accepted YouTube’s new rules, but many ‘indie’ music labels feel that YouTube is using its position as the market leader to force small record labels into accepting unfavourable terms. Consequently, many of the UK’s biggest artists such as Arctic Monkeys and Adele have been removed from the video-sharing service.

Although copyright is a finite entity, with music eventually entering the public domain, it is a complex matter that can still lead to legal conflict if misunderstood.

There are two types of copyright to take notice of if you wish to use music you believe to have run out of copyright. First, there is music and lyric copyright, which is protected for 70 years after the death of the creator. Second, recordings of specific performances are protected under copyright for 70 years after their release. Therefore, recordings made before 1944 are now available for use in the public domain, but if you wished to recreate the song yourself you would need to ensure that the songwriter had passed away more than 70 years ago.

As music streaming and downloads proliferate, it is becoming increasingly important for musicians, songwriters and digital music publishers to know their rights and understand the regulations they must conform to.

Copyright is undergoing significant changes worldwide to provide protections against plagiarism and infringement, but as digital technology evolves at a rapid pace, governments around the world will continue to play catch-up in their efforts to maintain a balance between right protection and encouraging innovation.

John Illsley is a valuation director at Intangible Business. He can be contacted at: john.illsley@intangiblebusiness.com