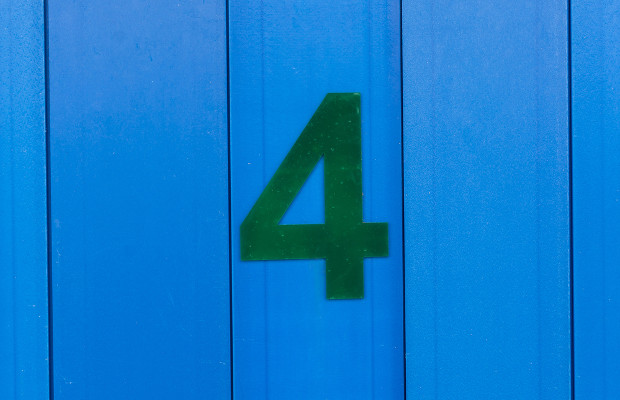 The uptake of 'dot brand' gTLDs is slow, but brands are increasingly finding clever ways to take advantage of the opportunities presented, as Matthieu Crédou, chief marketing officer at Afnic, describes.

December 2011: legal department meeting. The executive in charge of domain names presents a note on “new generic top-level-domains (TLDs): Risks, opportunities (but mainly risks)”. What’s going on? The Internet Corporation for Assigned Names and Numbers (ICANN) is like nothing you have seen before. The first draft of the application guidebook is not even final and the process starts in January 2012. Application fees alone cost $185,000.

No major brand has yet made a move, but it seems everyone is preparing, attending seminars, issuing requests for proposals, contracting with backend registry operators. After consulting with domain name experts and intellectual property lawyers, the head of legal makes the call.

Which way did you go, or would you have gone, then? Four years later, we can step back and review what brands did and how they are managing their brand new TLDs.

Among the initial 1,930 applications, 675 were filed as ‘dot brand’TLDs. All industries were represented: high tech, finance, consumer goods, automotive and others.

“Under current ICANN processes, a new window of opportunity would most likely open in 2018 at the earliest.”

US and European brands clearly led the way. Some companies, including Google, Amazon, Microsoft and L’Oréal, made quite an impression with multiple proposals.

As of December 2015, 81 applications have been withdrawn. 275 'dot brand' TLDs have been delegated (ie, their TLD has been inserted in the ‘root’). Only 75 are currently active (ie, with active domain names under their TLD), but the number is growing fast.

While many new gTLDs have been launched over the past 18 months, ‘dot brands’ were actually introduced just recently as  an amendment to the original ICANN Registry Agreement was expected. A ‘Specification 13’ now gives provisions granting corporations better control over their name spaces  ‘dot brand’ TLDs are exempted from the sunrise period of the application stage. They are able to select up to three accredited registrars and they also have the right to object to the re-delegation of their TLD upon termination or expiry of the Registry Agreement.

Most decisions to proceed with applying for a 'dot brand' TLD were aligned with a defensive strategy aimed at preserving the brand’s online presence. Even when ICANN offered a process to object to applications on the ground of legal rights applicants prevailed in 59 cases out of 69 complaints. The most notable cases of failure were in fact due to objections from governments protecting geographical names, which prevented Amazon and Patagonia from getting their names registered as a TLD.

One of the main concerns about this new development (if not the main one) was the impact on search engine optimisation (SEO). Once the marketing and communication people were on board with the project, this was probably their first and only concern. As Google was discrete on how new TLDs would impact rankings in their search engine, SEO issues entailed very cautious responses from departments in charge of Digital Brand Management. Every proponent of the new TLD program was then extremely relieved when they saw that Google had applied for more than 100 strings. That was a good hint that the Mountain View company would take new TLDs seriously.

There are still very few cases of major names moving to new gTLDs. CITIC, a Chinese conglomerate, tried to move from .com to .citic, but reverted back to .com. BNP Paribas, a French bank, has been more successful by launching a new website (https://mabanque.bnpparibas), which now ranks first on Google in place of its corporate homepage (http://www.bnpparibas.com).

While many brands often simply redirect their newly created domain names to the mother ship, some are launching interesting names and sites that illustrate the pros of having your own namespace.

AXA Insurance for example has posted its annual report under the explicit annualreport.axa (also available in French at rapportannuel.axa). With access to all the generic names, they created a clear and meaningful address to some of their specific content.

Promoting the latest blockbuster in the “James Bond” series, Sony set up an online game under www.assistmoneypenny.sony. While promoting one of the most powerful franchises, Sony was able to maximise its brand. If not for the discreet logo on the homepage, the brand would have quickly disappeared under a .com URL.

With fewer than 2,000 domain names registered under a .brand TLD, we are only in the early stages of adopting this new tool. We have already seen more memorable (shorter, generic) names. As mentioned above, the James Bond promotion by Sony illustrates the opportunity of co-branding within the domain name. This could be a major trend for retailers with specific content under a dedicated “coca-cola.walmart”.

Eventually, we could witness the use of a ‘dot brand’ extended to its aficionados. With more and more connected products, personalised domain names could bring customers even closer to their favourite brand. The next Ferrari beauty could, one day, come with a dedicated ”johnsmith.ferrari” address centralising a new generation of e-services.

Four years later, the success of branded TLDs is yet to be confirmed.

The early birds are just out of the nest. However, some major brands, like Twitter, have already voiced their interest in a new round. As ICANN is now starting to review the results of the previous round, discussions have started regarding the timeline and conditions of a new round.

Under current ICANN processes, a new window of opportunity would most likely open in 2018 at the earliest.

If you passed on the 2012 round, you should have a lot more information for that next meeting where the subject is discussed again.

Matthieu Crédou is chief marketing officer at Afnic. He can be contacted at: matthieu.credou@afnic.fr