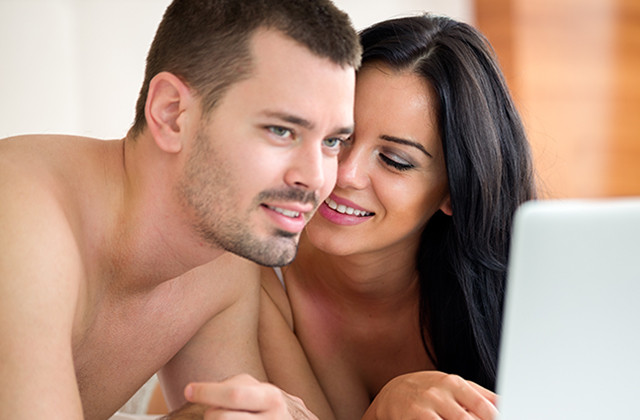 The launch of two new suffixes—.porn and .adult—will certainly get people talking and we can expect some out-of-the-box thinkers to bring some interesting new twists on the terms. Stuart Fuller of NetNames explains.

It says a lot about the domain name industry today that the headlines are often dominated by bad news. Cybersquatting, domain hijacking, website hacking and denial of service attacks seem to be daily occurrences these days, affecting brand owners big and small, in every corner of the world.

Fifteen years ago the ‘dot com’ boom brought us all hope of a brave new world, although many people and organisations shunned it for fear of falling into the dens of cyber thieves. What time has taught us is that prudence is the key word in the virtual world. Whether that’s ensuring you do not reveal too many personal details on social media networks, using complex passwords to protect your online crown jewels, or simply ensuring that you take as much care with digital assets such as domain names as you would with trademarks and patents.

Good news stories about innovation or digital success stories are often lost in the bad news. Even worse, companies that stand for the entrepreneurial spirit that the World Wide Web delivers are targeted by individuals and organisations whose motives are dark and malicious. The social benefits that Facebook brings, for instance, of reconnecting family and friends across the world, has seen nearly a fifth of the world’s population log on every single month. Yet others simply see social media presence as an opportunity to profit, creating scams and harming the reputation of individuals and businesses alike.

The sentiments of anguish and woe were the overwhelming responses to the announcement by ICANN in 2008 that the domain name system would be undergoing a revolution, the biggest shake-up since the first .com domain names were launched back in 1985. Over the next three years, debate raged about the mechanics of the programme, before it finally launched in 2011.

Anyone with the vision, infrastructure, willingness and, above all, cash, could grab their own slice of the internet to manage. Positive aspects of the programme were soon replaced by the cries of impending doom by brand owners that their job of protecting their digital assets in the cyber equivalent of the ‘Wild West’ would now become significantly harder.

The fact that meaningful, memorable and relevant (Google’s three pillars of search) domain names were becoming scarcer and scarcer each month, or that the battle for ranking space in search engines required more keyword-relevant domain names, was lost on many. Some organisations that had got in early or invested to develop their digital presence could not see any benefit in the programme at all.

When the results of who had applied for what were announced in London in June 2012, some brand owners saw an opportunity to strengthen their digital presence with a selection of new generic top-level-domains (gTLDs). There was some real, positive energy around the possibilities the new TLDs could bring. In addition, ICANN was exceptionally happy that nearly 600 organisations had applied to run their own .brand TLDs, significantly more than the few hundred it had originally predicted. The presence of prestigious and global brands such as Barclays, Philips and BMW gave the industry confidence that they would invest in the infrastructure of the internet to make their portions safe and secure for their customers.

"Those that have invested the time and resources in a domain strategy can sleep safely at night."

But thanks to ICM’s approach, essentially becoming the first domain registry to create a defensive blocking product for brand owners, the worries were appeased. Unfortunately, ICANN’s application guidebook for the new gTLD programme forbade ICM from offering a similar approach for these two new suffixes.

Edward Bernays, named as one of Life magazine’s 100 most influential people of the 20th century, is often referred to as the ‘father of public relations’, and it was in one of his studies of advertising back in the 1950s that he came up with the famous slogan ‘sex sells’.

Initial registration numbers during the first sunrise phase suggest that there is an appetite from Trademark Clearinghouse users to register the .porn and .adult names. Brand owners do have a choice about using the TLDs. Some creative brains in organisations across the globe will undoubtedly put the domain names to good use, and be rightly heralded for it. One thing is for sure, with the launch of these two new suffixes, the new gTLDs will certainly get more people talking. As Oscar Wilde once said, “there is only one thing worse than being talked about … that is not being talked about”.

Stuart Fuller is director of commercial operations at NetNames. He has experience in brand protection, both in retail and corporate resale markets. He can be contacted at: stuart.fuller@netnames.com