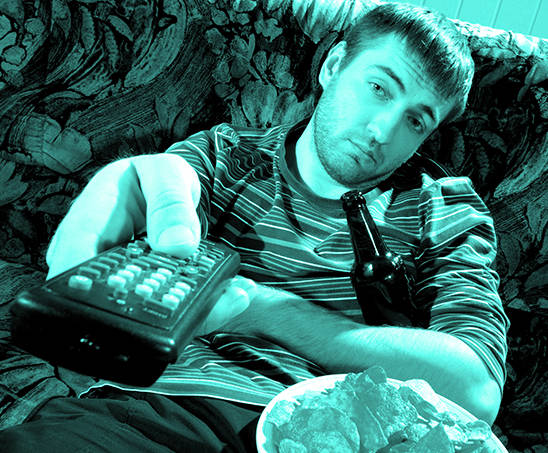 Since the new gTLD programme was introduced, brand owners’ pulses have hardly been racing. Stuart Fuller finds out why.

As this issue of TBO goes to press it is nearly seven months since the first new generic top-level domain (gTLD) entered the digital market, in a programme that is due to last until mid-2016. While the headline numbers for some of these new gTLDs have been impressive, the take-up from brand owners has been relatively modest to date. However, there is no turning back and no doubt that these new suffixes will revolutionise the internet as we know it.

Why have brand owners been relatively slow to engage with the programme? A simple overview of the first 50 available gTLDs may shed some light on why brands’ pulses aren’t racing yet. The .guru, .bike, .plumbing and .singles strings were all released in the first week of the programme, followed by gTLDs such as .kitchen, .limo and .farm in subsequent weeks.

These new suffixes embody one of the objectives laid down by ICANN for the expansion of the internet: bringing more choice and access to domain names. For a trademark or digital marketing team, however, their relevance is less clear.

A few new gTLDs can be classed as successes, a trend that should be viewed with some interest by the corporate market. There have been more than 37,000 .email registrations to date, 25,000 in .company and nearly 20,000 in .technology. The appetite for the geographic-related gTLDs is also starting to become clear, with .berlin still the second most registered gTLD, attracting more than 135,000 registrations, .tokyo having garnered 17,000 registrations a week after launching, and eagerly-awaited sunrise numbers due for .london and .nyc.

With more than 270 million ‘old’ domain names registered, the new gTLD programme has a long way to go before it can be deemed as disruptive to the status quo. We have seen numbers released by Verisign that show the slowdown in .com registrations and renewals. That isn’t a surprise, as brand owners are making forward-thinking decisions about replacing some of these possibly unessential registrations with new gTLD registrations. But what needs to happen for the gTLD programme to get significant traction with consumers and brand owners alike?

The author Malcolm Gladwell is famous for analysing consumer and corporate behaviour related to specific events. In his book, The Tipping Point: How Little Things Can Make a Big Difference, published in 2000, Gladwell states: “The success of any kind of social epidemic is heavily dependent on the involvement of people with a particular and rare set of social gifts.”

He analysed the moment when critical mass is reached and then leads to a viral effect. His examples, including the fall in crime in New York City in the 1990s, were interesting and logical, and his views and analysis on the new gTLD programme would be very valuable indeed.

What is needed for the programme to reach that tipping point? A few forward-thinking trademark owners and some clarity from the major search engines on how they plan to handle new gTLDs would be a good starting point.

"With a restricted, community, online space that the .bank gTLD could offer, consumers would be able to trust any domain name that ended in ‘.bank’."

With about 600 of the new gTLDs due to be controlled by trademark and brand owners, it may be down to these organisations to drive the knowledge of the programme to a wider audience. These brands have a huge first-mover advantage but that power has to come with some responsibility to ensure that consumers (and other businesses) gain an awareness of what benefits the new gTLDs can deliver.

While not all of the .brands that applied for their own slice of the internet would consider themselves ‘visionaries’, even those that acted with a defensive strategy in mind could be regarded as having an obligation to spread the message.

For organisations that took the leap of faith in using their new .brand, the rewards could be immense. Communities of interest will develop based around both generic and branded gTLDs.

For example, long gone are the days when domestic banking around the world was restricted to a few traditional organisations. Take a walk down your typical high street in the UK today and you will find banks that have their roots in Asia, America and Europe. The potential that the .bank gTLD could offer all organisations in the banking sector, if marketed well, could define the industry for years to come.

Banks have moved their traditional business models online, where technology increases efficiency and reduces costs with every pound spent. But it is the increasing risk of fraud that keeps the board of directors of these institutions awake at night.

With a restricted, community, online space that the .bank gTLD could offer, consumers would be able to trust any domain name that ended in ‘.bank’. Some banks, such as Barclays, HSBC and Commonwealth Bank of Australia, have taken it a step further by applying to run their own .brand. While the amount of fraud that these organisations experience is not public information, the move to a new gTLD should eliminate any of the existing scams.

Unfortunately, it is not all smoked salmon and champagne for trademark owners. The new gTLD programme magnifies the threats that companies have faced online in the last decade. The dark corners of the internet have grown darker as technology has reduced the cost and increased the sophistication of the threats. Without a clear strategy on taking advantage of the opportunities the programme offers as well as mitigating the threats, companies could be putting their brands at risk.

Cybersquatting is an all-too-frequent and unnecessary evil of the domain name world, but it is preventable. A number of rights protection mechanisms introduced by the new gTLD programme offer cost-effective armour against the digital dragons. The Deloitte-managed Trademark Clearinghouse and the Domains Protected Marks List (DPML), run by Donuts Inc, offer very simple and cost effective solutions for brand owners to stop any unwanted attention on their digital assets and should be the first step in a domain name protection strategy in the new gTLD world.

The mid-term report on the programme is “must try harder”. Without any awareness campaigns being driven by ICANN, it is going to be in the laps of new gTLD applicants to drive the message in their respective communities. Only then can we start to judge the success of the new dawn of the internet.