New gTLDs: the law of the few 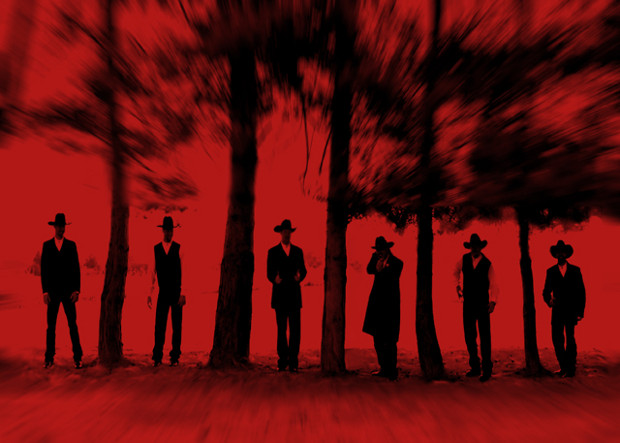 Stuart Fuller takes a look at the new gTLDs that companies are most concerned about, and analyses what’s driving particular spaces to prominence.

At the time of writing, approximately two months into the launch phase, we are still waiting for something to ignite the passions within brand owners’ hearts. In The Tipping Point, published in 2000, Malcolm Gladwell analysed those moments when a critical mass or boiling point is reached that leads to a viral effect.

While his examples included the fall in crime in New York City in the 1990s and the rise in popularity of Hush Puppies shoes, his views and analysis on the new gTLD programme would be very interesting indeed.

In his book Gladwell expanded on the theory of the ‘law of the few’, which is based on the principles of Pareto, where 80 percent of the effects will be produced by 20 percent of the causes. Gladwell, applying this to people, used a number of examples to prove this law, but it doesn’t take a man of his intellect to see that the law of the few will rule in the new world of gTLDs.

For brand holders who have planned ahead, looking at what new gTLD registrations are key to shaping their new digital strategy as well as underpinning their existing one, I would wager that they fall into a Pareto model. We can see from the original list of just over 1,900 applications, announced back in June 2012, which gTLDs would be the most popular: .app, .home and .play, for example, all had multiple applications from organisations who could see the potential of the new world of domain names.

For the past few months a number of organisations, including NetNames, have been encouraging customers to create wish-lists of registrations, and once again the 80:20 rule comes over clearly, with approximately 21 percent of the new gTLD suffixes making up just over 80 percent of our total clients’ wish-lists.

At the end of December, the most attractive new gTLDs in the eyes of our clients were: .careers, .career, .online, .mobile and .email.

The two most popular took us by surprise. We had expected to see .email, .company or even .web at the top of the wish-lists (alas our own favourite, .ninja, hasn’t yet made the top 10), or even the prospect of a .london, which has received so much media attention. However, .career and .careers seemed to appear on every client’s list.

What makes them a surprise is that we already have a .jobs TLD on which companies can register for vacancy-related websites or pages. The TLD, released in 2005, accounts for less than 1 percent of our current registrations, so it is hard to see what is driving the demand for .career and .careers.

One reason may be that the gTLDs will form part of a holistic brand protection strategy that will eliminate the growing threat of employment-based scams. Many organisations have been unwitting victims of such activity, whereby a fake vacancies website will be created in a company’s name, complete with the right branding, logos and company background content.

Fake postings will then be placed, predominantly overseas, on general job sites that direct genuine job seekers to the fake website where they can apply for the roles, normally having to pay a ‘processing fee’ and, in some cases, travel costs to start a job that never existed. By ensuring that bad actors cannot get their hands on these valuable gTLDs, organisations are taking the sensible steps to register or where possible, block their strings in .careers and .career.

Also on our most popular list is .mobile. Once again, we already have a .mobi TLD in the domain name world, introduced in 2006. But like .jobs, it has yet to be widely adopted by big brand owners, as organisations have used technologies that automatically purpose web content for mobile and tablet users, or have developed App-based content instead.

While a number of big brands have adopted .mobi as a feature, including Sprint, IBM and Adobe, in general it is not a TLD that corporates look to actively use, or even defensively protect. Looking at our own portfolio, .mobi accounts for just 2 percent of all domains registered.

"The registration or blocking of a .email string will ensure that brand holders can at least close one potential route bad actors may try to take."

It is no surprise that .email is currently in our top five. The gTLD lends itself to brand holders and individuals alike. Organisations may well adopt a .email to differentiate their email addressing system, replacing a traditional address such as stuart.fuller@netnames.com with stuart@netnames.email for instance.

Once again, it could form part of a brand protection strategy that will ensure that phishing attempts using a brand holder’s intellectual property are alleviated. Unfortunately, phishing attacks on major brands using typosquatting are easy to carry out, cost very little and are very hard to detect. The registration or blocking of a .email string will ensure that brand holders can at least close one potential route bad actors may try to take.

Just outside the top five we see a number of negative sentiment domain names. The most contentious during the months after the big reveal in June 2012 was .sucks. Three different companies have applied to run .sucks, which will be seen as a TLD that few brands will want third parties to own.

On announcing the company’s intention to run the domain, Vox Populi Registry’s chief executive stated that the domain suffix will create “valuable dialogue” for brand holders. I am not sure whether many major brand holders would agree with this sentiment and it will be very interesting to see which party ends up with the right to run the .sucks gTLD and whether they will offer concessions, such as blocking or defensive registrations, to brand holders.

In early December, we saw the media fanfare surrounding the unveiling of the .london suffix. While the gTLD is growing in popularity on our list, many media outlets worded their press releases as if the domain name had actually been launched, throwing many brand holders into a state of confusion.

We are likely to see the first .london domain names being registered in the second half of this year, potentially around the same time as .paris and .nyc, and being launched with equally great fanfare, as each city will want to outdo each other.

Other cities will also join the gTLD land grab this year, but one famous city will not. The application for .roma has been withdrawn after the applicant failed to get the necessary authorisation from the relevant authority which all geographical applicants had to have. Without any positive noises coming from the Italian government or the City of Rome, the applicant has taken the step of withdrawing its application.

Based on the levels of interest that we have seen in both .london and .paris, I think that someone will regret not looking at this application for what it could have brought to the city of Rome. With no definite date for a second round of applications, the major cities that haven’t applied for a new gTLD will be playing catch-up on the Internet in terms of making themselves cyber tourist destinations

Only time will tell if the names on the wish-lists will actually convert into genuine registrations. However, it is encouraging to see many brand holders look at the brand protection elements that the new gTLDs can offer as well as the proactive branding opportunities.