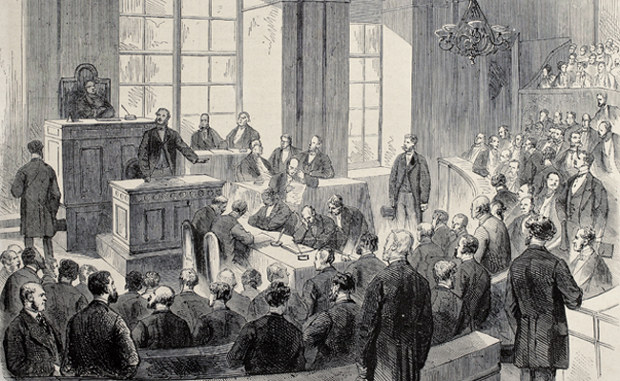 In many countries in Latin America, there is a lack of regulations and institutions intended to protect and safeguard the content of the Internet. Venezuela is no exception.

Although some advances have occurred in the last few years, current legislation in Venezuela does not set clear guidelines to protect and safeguard IP assets online. A common misconception is the application of telecommunication laws as part of the Internet regulatory framework, as this set of laws does not handle the real issues concerning IP on the Internet.

Accordingly, Venezuela is presently handling IP infringement actions on the Internet based on the Industrial Property Law of 1955, even though this elderly law does not explicitly regulate electronic media communications and the Internet.

This situation has allowed new Internet companies to enter the market with hardly any barriers and without the necessary government control regarding IP assets. Most online legal disputes are based on non-specialised laws, as judges usually apply existing law with a broader scope to regulate online content.

These uncertainties are affecting Internet entrepreneurs with the planning and execution of their own business strategies. In the Latin American Internet market, it is difficult to gain and establish competitive advantage due to the changing nature and fast-moving environment online, while companies can be legally responsible in the local jurisdiction based on the extensive interpretation of these national legal bodies.

This law has been widely criticised for allowing government interference in the private sector, but it now explicitly includes the regulation of the Internet and other electronic media communications establishing rules, primarily, for the kind of content that is presented to the general public through the media.

The law establishes precise governmental control mechanisms that any electronic media provider, advertiser, and national independent producer must implement in order to prevent and remove any illegal content in accordance with this law. In addition, the law establishes significant economic fines for those electronic media providers that allow any activity that can be subjectively considered as contrary to ethical and good public moral standards.

The Law on Social Responsibility on Radio, Television and Electronic Media also explicitly prohibits texts, images, sounds, contexts and graphic descriptions showing violence, nudity and sexual violence in any form, as well as any kind of message that directly or indirectly tends to attract the attention of the public to the consumption of illegal substances, war propaganda, mass media manipulations, and the diffusion of messages inciting and promoting hate, among others.

The law is primarily considered as a legal body pursuing ‘social and local culture awareness’ in all sectors in the Venezuelan public media community. However, based on the nature of the Internet market, the private sector is demanding a specialised legal body to prevent, control, and enforce illegal IP activities that may affect their businesses.

There are great risks for national and international Internet businesses that must be taken into consideration before contracting and providing specific online services in Venezuela. These risks include the possibility of being jointly responsible in legal cases where one of the company’s partners or service providers is not complying with the national law.

Therefore, it is important for any international Internet entrepreneur to know how its contractual parties understand Venezuelan environmental factors (social, economic and political), and how familiar they are with the Venezuelan laws, in order to prevent any legal dispute. Venezuelan authorities might consider certain activities as contrary to ethical and good public moral standards, as the government interpretation of these concepts tends to be wider and more subjective.

Entrepreneurs should be alert in the early stages of negotiations on how they should manage legal aspects in Venezuela.

Private contracts must be thoroughly reviewed and must include specific clauses to avoid liabilities not only in accordance with the Law on Social Responsibility on Radio, Television and Electronic Media, but also with the application of non-specialised national laws that might be applied to regulate Internet disputes.

There are several Internet companies that do not use any kind of legal counsel when starting web businesses in Venezuela. Even though most of these companies have been operating and providing online services without any legal consequence, they might be the target of a great variety of legal actions based on the lack of formalities and legal protections.

"Surveilance systems have become part of companies' everyday activities, while cease and desist letters are a very common practise for well-known organisations seeking to protect their IP assets online."

Private contracts with specific clauses, including the selection of a favourable jurisdiction, are important considerations that Internet entrepreneurs should take into account when contracting in Venezuela.

Furthermore, companies should demand that their business partners have their trademarks registered, and should perform routine background checks on any current and potential legal disputes that these partners might have in the future.

In Venezuela, there is a blurry line with respect to what can be considered fair use on the Internet. Different Internet companies have been indiscriminately using identical or similar trademarks owned by third parties without any express consent.

In this sense, monitoring and surveillance systems have also become part of companies’ everyday activities, while cease and desist letters are a very common practice for well-known organisations seeking to protect their IP assets online.

As enforcement by the Venezuelan government related to IP infringements is not very strict and expeditious, this situation means that Internet business owners are trying to protect their IP assets by any means, including the application of the current IP legislation in Venezuela. However, as mentioned before, this law was passed in 1955, when electronic media did not affect any company’s business.

This economic value derives from the fact that such secret information represents an advantage with respect to the competition, while companies must implement strict security measures to ensure its confidentiality. Therefore access to the company’s database, programming codes, and other secret information should be allowed only to specific employees in order to avoid any misappropriation.

Considering that the Venezuelan Industrial Property Law of 1955 does not include trade secrets protection, the necessity of drafting thoroughly and fully articulated legal contracts to maintain the secrecy of the company information has become extremely important.

Accordingly, the nature of Internet business demands specific contractual clauses under which to plan and execute business strategies in Venezuela and, although specific situations can be regulated implicitly by the local law, it is firmly recommended to protect the company’s business through a well drafted contract.

Among the most important recommendations for any entrepreneur trying to enter the Venezuelan Internet market are:

•  Legal counselling from the beginning;

•  Local trademark registration of the company’s brand, as well as for those business partners and service providers, to ensure a ‘healthy’ branding strategy on the Internet;

•  Well drafted and articulated legal contracts including clauses to establish favourable jurisdiction, as well as the protection of trade secrets;

•  Monitoring and surveillance systems to prevent any IP infringement or any situation that may affect the functioning of their business; and

•  Establishing a short-period contracts strategy considering the changing nature and fast-moving business environment of the Internet.

Joaquin Nuñez is a lawyer at Hoet, Pelaez, Castillo & Duque. He can be contacted at: jnunez@hpcd.com