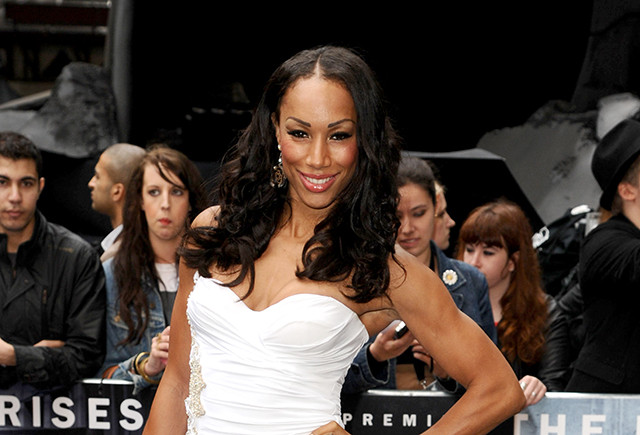 With the IOC set to review some of its rules on advertising around the Olympic Games, TBO spoke to British long jumper Jade Johnson about the interplay between the rights of sponsors and athletes.

Everybody in the UK will have a memory of the 2012 London Olympic Games. Whether it was Danny Boyle’s opening ceremony, Usain Bolt winning the 100 metres, or British athletes winning gold in tennis, cycling and athletics, these images would have almost certainly reached you. The BBC reported that 90% of the UK population watched at least 15 minutes of the 2012 Games.

The number of brands cashing in on the Games would also have not gone unnoticed. Coca-Cola, McDonald’s and Adidas were three of a number of brands that made the collage of official sponsors that decorated the Games. Spending millions of pounds, sponsors pay the International Olympic Committee (IOC) for a highly valued association with the Games.

But aside from this excitement and branding, there were murmurs of discontent among a number of athletes. Rallying around the hashtag ‘#wedemandchange2012’, a number of athletes took to social media to protest against the harsh restrictions of rule 40, which was adopted by the IOC to prevent ambush marketing by forbidding athletes from advertising with unaffiliated sponsors shortly before and during the Games.

Among this chorus of frustration is UK long jumper Jade Johnson. The athlete, who didn’t attend the 2012 Games but competed in the 2008 Beijing Games and won silver medals in the 2002 European Championships in Munich and 2002 Commonwealth Games in Manchester, tells TBO she feels strongly about the rule because it gets to the heart of an issue she is particularly passionate about.

“It goes to the centre of athletes’ welfare. There is trend among sports governing bodies to treat athletes
as commodities—like we are something to be sold.

Johnson, however, is not oblivious to the worries the IOC has about ambush marketing. At other sporting events such as the football World Cup and the American football Super Bowl, the relevant organisations have adopted similar rules to preserve the value of sponsoring the event.

“I understand that big brands spend millions to be the official sponsor of the Olympics, and I understand it costs millions to put on and host an event to the extent that they do,” Johnson says.

The issue for Johnson is about striking a balance between brand owners’ and athletes’ interests that makes things fairer for the competitors. There is a sense from athletes that the IOC leans towards protecting the rights of its sponsors at the expense of allowing athletes to cash in at a time when it is potentially most valuable.

“I think that rule 40 is one of those things among the athletes that it
is an unfair rule. Many will not speak out,”
she says.

The sense of unfairness is worsened by an incident Johnson was involved in with telecoms provider BT. During the 2012 London Games, Johnson logged onto her phone to find her image being used on the BT Open World Service. Johnson says she did not give the company permission, but because it was an official sponsor, BT was allowed to advertise with her image.

In July, the IOC’s executive board will meet in Kuala Lumpur to discuss the possibility of relaxing rule 40. If the proposed changes go through, athletes will be able to advertise with unaffiliated brands during the Games on broadcast television and through social media and online blogs, although it’s unclear to what extent. While Johnson would like to see it go further, she does welcome the step.

“I’d rather there is a bit of leeway, so I am able to make money out of it—even if other brands not associated with the events may do as well,” she says.

Johnson welcomes the voices of athletes now taking centre stage in the discussion on ambush marketing and IP protection around the Olympics, because too often they “get lost in the big scale of things—they get lost in the soup of all this power and money”.

But for Johnson the issue comes down to a common point that binds all the Games together since Ancient Greece: that “athletes are the Games and without us there would be no Games”. For her, it is important the IOC remembers that viewpoint when it attempts to strike a balance between the interests of athletes and its official partners.