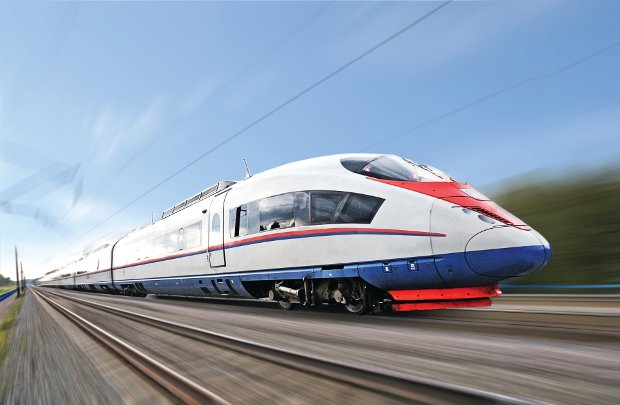 One of the main concerns for companies trying to develop or sustain their brands in Russia is cybersquatting. Denis Khabarov and Alisa Fomina consider recent cases that will have a big impact.

One of the main concerns for companies trying to develop or sustain their brands in Russia is cybersquatting. Denis Khabarov and Alisa Fomina consider recent cases that will have a big impact.

According to Ru-Center, which is the largest domain name registrar in the ‘.rf’ and ‘.ru’ domains, approximately 10 percent of the registered .ru domains belong to cybersquatters. This phenomenon occurs when brand-linked domains are registered by individuals who intend to hold the domains and sell them to brand owners at a high price later. According to the World Intellectual Property Organization (WIPO’s) Cybersquatters Index, in 2009 Russia occupied the 12th place among leading countries for cybersquatting.

Many international companies, such as Eastman Kodak, Gillette, Google, Coca-Cola and Microsoft have been involved in suits against Russian cybersquatters over domain names registered in the .ru zone in recent years.

The problem of cybersquatting in Russia is closely linked to court practice, as Russian legislation does not specifically address cybersquatting. Unfortunately, none of the Russian top-level domains (TLDs) provides for any mechanisms similar to the Internet Corporation for Assigned Names and Numbers (ICANN) Uniform Domain Name Dispute Resolution Policy (UDRP), which defines how disputes over domain name registrations are resolved in the global TLDs (.biz, .com, .info, .name, .net, and .org, as well as .aero, .coop, and .museum).

This means that Russian courts must apply available laws in order to resolve domain disputes. Court claims to recover a domain name in Russia are usually based on the infringement of trademark rights, or infringement of the right to a company name, or a combination of the two.

Further, courts generally used to believe that the registration and use of a domain name that includes a registered trademark owned by a third party would constitute an infringement of trademark rights only if the website associated with such domain name is used for selling/promoting goods or services similar to those for which the trademark is registered.

This means that the disputed domain name must be an active website offering goods and/or services similar or identical to those covered by the claimant’s trademark registration.

This approach produced a detrimental effect upon the potential domain name recuperation claims of numerous trademark owners in Russia for more than a decade. In many cases, cybersquatters used the domain names for other goods and services or refrained from using them at all.

However, there seems to be a positive trend in domain name disputes in Russia, as demonstrated by a precedent-setting 2011 case regarding infringement of exclusive rights to a trademark against the owner of a domain name who was using a name identical to the trademark for an ‘empty’ website.

“USE OF A DOMAIN NAME WAS ACTIONABLE ONLY IF A DOMAIN NAME CONTAINING A TRADEMARK BELONGED TO AN ACTIVE WEBSITE DEALING WITH GOODS/ SERVICES COVERED BY THE TRADEMARK’S REGISTRATION.”

The French champagne producer GH Mumm & Cie sued the owner of the mumm.ru domain name in the Moscow Arbitrazh Court for infringement of exclusive rights to the trademark ‘Mumm’ (registered on August 19, 1986 in Classes 32 and 33 in the name of GH Mumm & Cie), requesting it to enjoin the defendant from using its trademark Mumm in the domain mumm.ru on the Internet. The domain mumm.ru was used by its administrator, Shukhrat Yusupov, for an empty website.

By virtue of Clause 3, Article 1484, Part 4 of the Civil Code of the Russian Federation, only the trademark owner possesses the exclusive right to use the trademark for distinguishing the goods, works or services for which the trademark is registered, including by using the trademark in sales offers, advertisements and on the Internet, including in domain names.

Following a trend established over the last decade in Russia that use of a domain name was actionable only if a domain name containing a trademark belonged to an active website dealing with goods/ services covered by the trademark’s registration, the Moscow Arbitrazh Court dismissed the claim and determined that an inactive website cannot infringe trademark rights.

The plaintiff appealed to the Ninth Appellation Arbitrazh Court, arguing that the defendant prevented the trademark owner from exercising its rights to the trademark Mumm and prevented it from registering its trademark as a domain name in the Russian segment of the Internet, thus limiting the company’s commercial activity in Russia.

The Supreme Arbitrazh Court, which accepted the plaintiff’s request for a supervisory review, transferred the case to its presidium for consideration. The presidium ruled in favour of the claimant, enjoining the defendant from using the plaintiff’s trademark Mumm in the domain name.

Sustaining the claim, it referred inter alia to Article 10 bis of the Paris Convention for the Protection of Industrial Property which defines an act of unfair competition as “any act of competition contrary to honest practices in industrial or commercial matters”.

The presidium also stated that this conclusion corresponds with its position specified in its decision on case No.5560/80, dated November 11, 2008. In this case Denso Corporation, a Japandomiciled manufacturer of electrical equipment, had been trying for years to defend its right to denso.com from an unfair registrant: the Russian company, DenSo.

The problems began in the spring of 2000, when the name was registered by a US company called Denso Domain, which then transferred ownership to a Russian consultancy company, also named DenSo, in the same year. A year later, DenSo handed the right to use the domain to another company, Servicepoint, which took over administration of the domain.

On February 2, 2007, the Arbitratzh Court of St Petersburg and the Leningrad Region turned down the lawsuit, but that ruling was overturned in courts of appeal of two levels. The final ruling came from the Supreme Arbitrazh Court reinstating the first ruling and citing the fact that Russia, as a participant in the WIPO, must take into account international practice in dispute resolution as formed by the organisation.

The Supreme Arbitrazh Court in both cases specified that while determining whether there is an act of unfair competition, prohibited by Article 10 bis of the Paris Convention, in the actions of a domain administrator, the courts should examine three criteria established by the UDRP.

The Mumm case is very important since not only has it changed a troubling trend in domain disputes in Russia, but it has also created guidelines for lower-level courts on how to address instances of cybersquatting where a domain name is not linked to an active website.

Although the Russian legal system is not a case law system, this ruling of the Higher Arbitrazh Court of Russia is very important for domain name recuperation disputes in Russia. The ruling of the presidium of the Supreme Arbitrazh Court has offered a broader interpretation of the Civil Code and increased the chances of trademark owners being protected against cybersquatters.

Denis Khabarov is a partner at Baker & McKenzie. He can be contacted at: denis.khabarov@bakermckenzie.com

Alisa Fomina is a professional support lawyer at Baker & McKenzie. She can be contacted at: alisa.fomina@bakermckenzie.com