Online copyright: where are we after GS Media and Filmspeler? 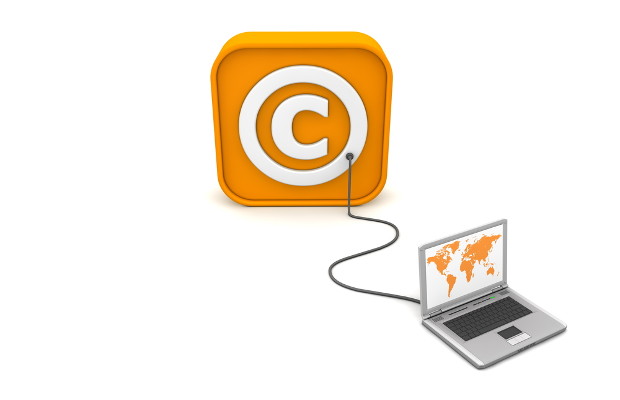 The boundaries of what is possible with other people’s content have become clearer from the Court of Justice of the European Union in GS Media and from the court’s Advocate General’s opinion in Filmspeler, according to Maarten Rijks and Adam Rendle of Taylor Wessing.

2016 was another important year for online copyright in the EU, specifically the communication to the public right.

The expansive interpretation of the right should satisfy right owners but in practice will also lead to uncertainty for both right owners and hyperlinkers.

If the AG’s opinion and his reasoning are followed, it is suggested that the Court of Justice of the European Union (CJEU) would come closer to identifying a “unified theory”, binding together its various rulings on communication to the public, based around the notion of “value”.

Where does the AG’s opinion leave us following the court’s application in GS Media?

In GS Media, the CJEU decided that a hyperlinker infringes copyright by linking to a work that was placed online without the consent of the copyright owner if the hyperlinker was aware, or should have been aware, of the fact that the linked-to content was unauthorised.

There is a rebuttable presumption that the person posting the link at least had knowledge of the unauthorised nature of the content in circumstances where the hyperlink was posted for “financial gain”.

Hyperlinkers posting for financial gain can be, according to the CJEU, expected to carry out the “necessary checks to ensure that the work concerned is not illegally published on the website” to which the hyperlink leads.

What these necessary checks are in practice, and whether there is a positive duty on for-profit hyperlinkers to carry them out to be able to rebut the presumption, so far remains unclear.

However, it will probably lead to difficult evidentiary discussions in national courts in copyright infringement matters.

If there is a positive duty, how far would the hyperlinker have to go? Is checking with the source sufficient, or is the hyperlinker expected to carry out its own, independent research of the nature of the works linked to?

And no less important: how can you record and prove that you have actually carried out these checks?

Given these remaining questions, hyperlinkers posting for financial gain (which is probably almost every commercially active company) should act with care when posting a hyperlink on their website.

Of more general application, the court identified three complementary and interdependent criteria to be applied when assessing whether there is a communication to the public.

First is an "intervention" by the defendant, in full knowledge of the consequences of its action, to give access to a protected work to customers. This is in particular where, in the absence of that intervention, customers would not be able to enjoy the broadcast work.

Second is that “the public” refers to “an indeterminate number of potential viewers and implies, moreover, a fairly large number of people”. Either there needs to be a communication by a different technical means from those previously used, or a communication to a new public not taken into account when authorising the initial communication.

Third, it is relevant that the communication is of a profit-making nature.

Applying those criteria to the case, the most important factor was the knowledge of the unauthorised nature of the linked-to work. Such knowledge is presumed when the linking is carried out for profit.

As a result, right holders can take action against both the initial unauthorised publisher of a work and any person posting, for profit, a hyperlink to the infringing work.

The AG’s opinion in the litigation between Stichting Brein and Filmspeler is the first CJEU case to apply GS Media.

Using these add-ons users could watch streaming websites on their TVs and watch movies, series and live sports broadcasts that were made available without authorisation.

The Filmspeler service was offered using the following advertising:

“Want to watch free films, series, sport without having to pay? Who doesn’t?!

“Never have to go to the cinema again thanks to our optimised XBMC software. Free HD films and series, including films recently shown in cinemas, thanks to XBMC.”

The AG applied the decision in GS Media and extended it to a situation in which the defendant did not itself provide the hyperlinks but sold a media player on which hyperlinks had been installed.

As the advertisements showed, the Filmspeler service was offered knowing that it contained add-ons which made it possible for the users to watch unauthorised content on third party websites.

Further, the AG concluded that it was obvious that the Filmspeler service was offered for financial gain.

The argument of Filmspeler that the device merely made it easier, as one link in the chain, to gain access to unauthorised content and that it therefore did not make available the works to the public itself, was rejected.

He pointed out that the Filmspeler hardware was offered including hyperlinks in the software with the clear intention to create added value to the device by making it possible to gain direct access to illegal content.

This conclusion of the AG appears to extend GS Media since it is not limited to placing a hyperlink on a website but stretches to all possibilities of “providing” a hyperlink to the public.

His view is that it does not, because such streaming is not a “lawful use”, which is one of the five conditions which must be satisfied for the defence to apply. There could not be lawful use here because of the infringing source of the stream.

This is in practice a very significant development as right owners will now start using it to sue end-user infringers.

It makes it easier to identify an infringement within the jurisdiction for right holders seeking a website blocking injunction or similar under article 8(3) of the Copyright Directive.

It also means, for the purposes of UK law, that the providers of the unlawful streaming service could be authorising those end-user infringements.

The AG appeared to take a different approach to this condition than the CJEU did in the Murphy case, which focused only on the lawfulness of the act of receiving the broadcast rather than its source or surrounding circumstances, potentially because it was lawful to receive the broadcast in that case.

Indeed, the temporary copies made in Murphy were found to be lawful even though they were made in the context of an unlawful use, namely the separate communication to the public carried on by showing the received broadcasts in the pub.

As a result, it is not guaranteed that this part of the decision, or its reasoning, will be followed by the court and some discussion of how this situation compares to that in Murphy would be welcome.

The AG also expressly said that the defence could apply only if the use also satisfied the three-step test. Clarity from the CJEU as to whether it is directed exclusively to member states when framing their national laws, or whether it is also addressed to national courts when deciding individual cases would also be helpful.

Mr Justice Arnold acknowledged in the ECB v Tixdaq case that the CJEU “has not yet definitively pronounced on this question”.

What the future holds

Assuming the CJEU follows the AG’s opinion and reasoning:

Adam Rendle is a senior associate in the IP/IT practice group at Taylor Wessing, based in London. He can be contacted at: a.rendle@taylorwessing.com

Maarten Rijks is a senior associate in the IP/IT practice group at Taylor Wessing, based in Eindhoven, the Netherlands. He can be contacted at: m.rijks@taylorwessing.com