Online copyright: will clarity come from the CJEU? 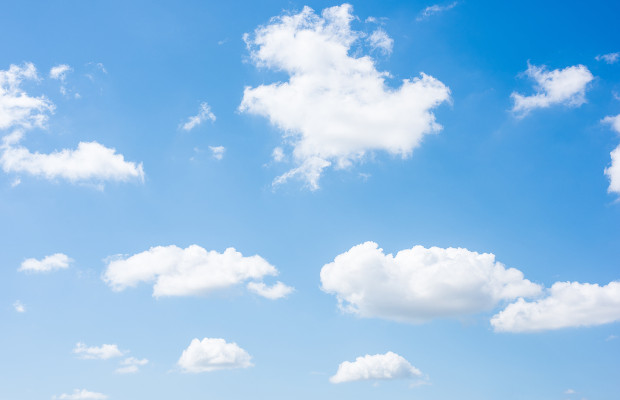 Two cases from the Netherlands which highlight the contentious area of online copyright infringement through hyperlinking and streaming have gone before the CJEU for consideration. Adam Rendle and Maarten Rijks of law firm Taylor Wessing examine the background.

The European Commission has the ‘communication to the public’ right in its sights.

In a December 2015 communication, “Towards a modern, more European copyright framework”, it referred to “contentious grey areas and uncertainty about the way these concepts are defined in EU law”. It might not be unfair to suggest that some of the grey areas and uncertainty have been caused by the relevant decisions of the Court of Justice of the European Union (CJEU).

However, in 2016 the CJEU will hear references in two cases from courts in the Netherlands which will give it the opportunity to turn some grey areas black (or white, depending on one’s perspective) and reduce the uncertainty.

In GS Media v Sanoma, the court will consider whether providing hyperlinks to third party websites on which copyright-protected material has been made available without the copyright owner’s consent amounts to copyright infringement.

In the Stichting Brein case, the court will consider the extent to which those who sell media players to view films and television programmes made available without the consent of the copyright owner may be liable for copyright infringement.

Before we consider those references in detail, let us touch briefly on case law context of the two cases.

In the leading case, Svensson (Nils Svensson and others v Retriever Sverige AB), the CJEU held that linking to content which has been made “freely available” online by the right owner would not amount to infringement because, although there is a communication, that communication had not been to a ‘new public’.

Because the right owners, when they authorised the initial communication, were deemed to be allowing all internet users to access the work, those internet users who subsequently accessed the work through the link were included in that initial authorisation. As a result, the linking website was not communicating the works to a ‘new’ public and there was no infringement. This position in respect of framing was confirmed later in 2014 by the CJEU in BestWater International v Michael Mebes, Stefan Potsch.

Indeed, in BestWater, the framed video had not been placed on YouTube with the consent of the right owner and the consequences of that are still to be worked out.

The German Supreme Court, when it came to deciding the BestWater case for itself, interpreted the CJEU’s decisions as meaning that framing of the video was lawfully possible only where the framed video had been originally uploaded onto YouTube with the right owner’s permission. In the absence of consent to the first uploading, subsequent framing would be a communication to a new public and therefore infringing. Whether this was a correct interpretation should be decided in the GS Media and Brein cases.

Sanoma is the publisher of the “Playboy” magazine in the Netherlands and instructed a photographer to photograph the Dutch reality star Britt Dekker in 2011. GS Media is the publisher of the well-known entertainment blog Geenstijl.nl (in 2011 Geenstijl.nl had 230,000 visitors per day) and received an anonymous tip that the photos of Britt Dekker were published on an Australian website before they were published in “Playboy”.

Sanoma started legal proceedings against GS Media before the Amsterdam District Court and based its claims inter alia on its copyright and the Dutch wrongful act. The district court accepted most of Sanoma’s claims and ruled that placing a hyperlink cannot be considered a publication as such but that by placing the hyperlink GS Media made it possible for the public to access the photos that were otherwise not (easily) accessible for the public.

“If streaming from an unlawful source is also an infringement of the reproduction right, investigation of the source of the stream would also be necessary to avoid infringement.”

Because of this intervention by GS Media the photos were, according to the court, communicated to a new public and therefore infringing.

On appeal however, the Amsterdam Court of Appeal ruled that GS Media did not infringe Sanoma’s copyright since the photos were already published on another website prior to placing the hyperlink. The court did, however, rule that GS Media acted wrongfully against Sanoma by facilitating and inducing the public to view the photos.

In addition, the court ruled that, by including a cut-out of one of the photos, GS Media infringed Sanoma’s copyright. GS Media’s defence based on freedom of speech and the right to quote (an exception in Dutch copyright law) was denied.

The Dutch Supreme Court ruled that copyright and freedom of speech are equal fundamental rights that should be weighed against each other. The appeals court did not, in its view, properly weigh these rights and did not rule if the cut-out showed the original elements of the original photo.

The Supreme Court could not answer the question of whether placing the hyperlink was an infringing communication to a new public, despite the Svensson and BestWater rulings. The court acknowledged that it is unclear whether hyperlinking to a work that was published on the internet without the permission of the copyright owner constitutes a communication to the public.

The Dutch Supreme Court therefore asked the CJEU whether publishing a hyperlink to a copyright-protected work that is freely available on a third party website has to be considered a communication to the public even if the work was placed on that website without the consent of the copyright owner.

In two sub-questions the Supreme Court asked whether it makes a difference if the work has already been communicated to the public in a different way and whether the ‘hyperlinker’ has an obligation to investigate whether or not the work was placed with consent of the copyright owner.

The Supreme Court also asked whether, if the answer to the first question is negative, it is still possible to infringe copyright by placing a hyperlink to a work that is (in theory) publicly available on the internet but not easily traceable, so that placing the hyperlink can be considered as facilitating finding the specific work.

The Brein foundation is a Dutch anti-piracy programme of authors, artists, publishers, producers and distributors of music, film, games, interactive software and books.

Brein lodged proceedings against a one-man business acting under the name Filmspeler. Filmspeler sells several types of media players, on which open-source software is installed as well as several add-ons. Using these add-ons users can watch ‘streaming websites’ on their TVs and thus watch movies, series and live broadcasts of several sports that are made available by third parties often without the consent of the involved copyright owners. Filmspeler advertised the media players stating that the buyer never has to pay again for movies, series, sport programmes, etc, and said that downloading is illegal but streaming is not.

In the proceedings before the Midden-Nederland District Court, Brein inter alia requested a declaratory judgment confirming that: i) streaming copyright-protected works from an illegal source cannot be considered as lawful use under the Copyright Directive; ii) the process of buffering is an infringement of the reproduction right; iii) buffering of copyright-protected works from an illegal source does not fall within the temporary copies exception; and iv) Filmspeler itself communicated and made available the copyright works to the public by means of the pre-installed add-ons containing hyperlinks to illegal sources of these works.

The district court ruled that the question of whether streaming copyright protected works from an illegal source results in a copyright infringement, is not completely clear from the Svensson and BestWater decisions.

Although the questions referred to the CJEU in this case are comparable to the ones asked in the GS Media v Sanoma case, the district court decided not to wait for a decision by the CJEU, especially since the facts in this case are different as it does not concern a company’s own website on which a hyperlink is placed but the sale of products with pre-installed add-ons (not created by Filmspeler and freely available on the internet) that include the hyperlinks to sources of infringing content.

The district court asked whether it makes any difference whether: (i) the works have not previously been published on the internet or have been published only through authorised subscriptions; (ii) the hyperlinks are freely available and can be installed on the media players by the users; and (iii) the websites on which the infringing works can be accessed without the media player.

The district court has also asked the CJEU if a temporary reproduction made by an end-user by means of streaming a copyright protected work that was placed without consent of the right holder on a third party website, has to be considered as a “lawful use” for the purposes of the temporary copies exception. If the answer to that question was negative the district court would like to know if the same acts would be in violation of the directive’s three-step test.

Before referring the preliminary questions, the district court made an interesting comparison with the decision in ACI Adam BV and others v Stichting de Thuiskopie and Stichting Onderhandelingen Thuiskopie vergoeding.

The answers of the CJEU in both cases will be of great importance, not only for lawyers specialising in copyright law but for everyone using hyperlinks and streaming content online—ie, almost everyone.

If the court rules that the hyperlinker infringes copyright by merely linking to a work that was placed online without the consent of the copyright owner, it would mean that thorough investigation to the origin of the ‘hyperlinked’ work is necessary to avoid infringement.

Likewise, if streaming from an unlawful source is also an infringement of the reproduction right, investigation of the source of the stream would also be necessary to avoid infringement.

If the CJEU rules that there is infringement, these cases could be very powerful precedents for right owners against not only the sources of infringement but also those who are involved in the delivery of the infringing content to the end user.

Adam Rendle is a senior associate at law firm Taylor Wessing in London. He can be contacted at: a.rendle@taylorwessing.com

Maarten Rijks is a senior associate at Taylor Wessing in Amsterdam. He can be contacted at: m.rijks@taylorwessing.com