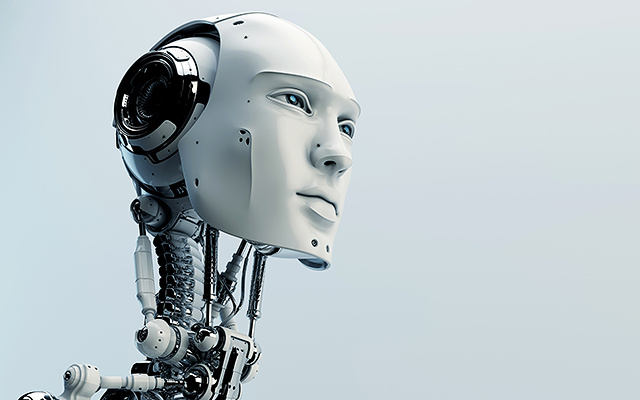 By 2017 there should be a new online dispute resolution court, called Her Majesty’s Online Court, so that many parties currently unable to use the small claims track can gain access to justice, as Gareth Dickson of Cooley explains.

Since the industrial revolution soothsayers have predicted that the rapid advance and near-infinite potential of machines will transform and improve the world we live in. Beyond perfecting the automation of simple tasks and upscaling manufacturing processes, machines not only improve the efficiency and scale of our output but also allow us to build better machines, which in turn allow us to build even better machines, and so on.

Until relatively recently the commoditisation of such progress in technology has been most apparent in hardware. While the sentience of the underlying machinery has been the preserve of Hollywood—with Terminator at one end of the spectrum and Jonny Five at the other—artificial intelligence’s unfamiliar boundaries dare the public to imagine its possibilities.

In reality however, professionals invoke Moore’s Law (an observation made in 1965 by Gordon Moore, co-founder of Intel, which said that for the same cost the number of transistors incorporated in a chip will approximately double every 24 months), to anticipate with relative certainty what processing power will be available to them, and therefore what sort of machine might be possible, within a given time frame.

The reliability of such predictions has led to the assumption that automated systems will sooner or later replace all professional jobs, and a recent proposal by the UK’s Civil Justice Council to introduce a new court system based on online dispute resolution brings this issue to the fore.

But, as trademark and intellectual property litigators will know, a streamlined, low-cost dispute resolution service based on remote participation does not mean that lawyers’ roles will become any less vital.

The Civil Justice Council recommendation is that by 2017 there should be a new online dispute resolution (ODR) service, called Her Majesty’s Online Court (HMOC). The rationale of the recommendation is that many parties that are eligible to avail themselves of the small claims track are denied access to justice by the current court system, which it says is too costly, too slow, and too complex, especially for litigants in person.

The recommendation says that “radical” solutions are needed and proposes a “disruptive” three-tier process for what “could be the legal world’s ‘fluoride moment’”. The recommendation is worth reading in full since it is short and high-level (a “broad statement of direction for the future use of ODR” that is focused very much on the what and the why rather than the how), but the three tiers can be summarised as follows.

Tier 1 (‘online evaluation’) focuses on classifying disputes to make users aware of their rights and obligations, and the options and remedies available to them. It would be made available at no charge.

Tier 2 (‘online facilitation’) proposes the use of “facilitators” who will “communicate via the internet” to help parties through mediation and negotiation, supported by automated negotiation systems to help parties reach a settlement where there is overlap between the highest and lowest sums each will accept by way of damages, “without the intervention of human experts”. A filing fee would be payable to progress to tier 2.

Tier 3 (‘online judges’). These judges will undergo some sort of training on how to decide cases on an online basis and will make a binding determination in the case principally on the basis of papers submitted electronically. A further fee would be payable. Tiers 2 and 3 will be supported, where necessary, by telephone conference facilities.

In many respects, the recommendation resembles systems already known to IP lawyers, including trademark proceedings at the UK Intellectual Property Office and the Office for Harmonization in the Internal Market, or domain name disputes at Nominet, the registry for the .uk domain and at the World Intellectual Property Organization.

Yet even though filing fees are low and parties in dispute are not obliged to retain specialist legal counsel in such proceedings, none of them has rendered lawyers redundant. This confirms that the roles fulfilled by lawyers in a dispute are unlikely to be put at risk merely by the automated provision of data or the automated citation of legal authorities. As a result, lawyers can offer valuable assistance in shaping technological change to improve their practice and to enable parties with disputes to obtain access to justice.

Some of the key considerations for the proposed HMOC on which we should have our say are set out below.

As with all projects, preparation is key; in IT projects in particular, best practice involves the parties adopting an analysis to enable them to plan for the risks, assumptions, issues, and dependencies (RAID) associated with the project. Although the recommendation is insufficiently detailed to offer a comprehensive critique of its ambition, a high-level RAID analysis can be carried out in order to highlight areas that are likely to be the focus of immediate further development and input.

First, there is no indication about how many cases are expected to be filed. Without such detail, it is impossible to predict what the appropriate filings fees should be, and therefore how much revenue will be generated and whether any alternative source of funding will be required.

“The roles fulfilled by lawyers in a dispute are unlikely to be put at risk merely by the automated provision of data or the automated citation of legal authorities.”

Second, the recommendation expects that sufficient cases will be transferred out of the ‘traditional’ court system into the HMOC that it will be possible to sell-off court buildings and the land they are on, in order to part-fund it. IP lawyers, recognising that the recommendation’s principal aims of increasing access to justice through lighter procedure and more tightly controlled costs are hallmarks of the Intellectual Property Enterprise Court (IPEC), will question whether parties will in fact move out of small claims and into the HMOC’s radically different (and therefore unfamiliar) form of dispute resolution.

The Chancery Division of the English High Court and the IPEC both have jurisdiction over IP claims, yet the increase in popularity of the IPEC is not reflected in a reduction of claims being filed in the Chancery Division—the IPEC has provided a forum for claims that would not otherwise have been brought.

If that experience is reproduced in the HMOC, then there will be none of the closures and savings that the recommendation envisages and none of the funding available to subsidise filing fees.

If either of these risks materialise, the HMOC could fail: further investigation into the appetite for the HMOC is required.

However, it remains to be seen whether litigants in person, in dispute over what are for such litigants still very substantial sums of money, will accept the suggestion of an online facilitator communicating via the internet on how to dispose of a claim or a defence.

Although the recommendation criticises lawyers for “frequently needing to be constrained”, it is submitted that the bond of trust between a lawyer and a client is likely to be more conducive to facilitating a realistic assessment of a claim’s merits and its prospects of success, and therefore to achieving a settlement, than the recommendation of unknown online facilitators.

Regarding the cost of the HMOC, the recommendation does not provide any figures but suggests that third party software, which could be customised to suit the HMOC’s needs, can be procured for a “tiny fraction” of the £75 million ($110 million) allocated annually for the next five years for the civil justice reform programme.

Given how much front-loading of costs there will be in setting up this proposed “radical” new system of dispute resolution, a budget for this project cannot be assumed in broad terms but must be made certain sooner rather than later, so that other fundamental parts of the project, such as filing fees, can be determined.

There are a number of significant issues to be addressed by a more detailed blueprint for the HMOC. These include the lack of any current infrastructure fit for purpose and an equal lack of personnel to operate the HMOC. Once personnel become available, they will have to be trained, and the new body of court rules envisaged by the recommendation to define the jurisdiction of and remedies available in the HMOC will have to be drafted, reviewed, finalised and given effect within a very short timeframe.

In the event that these rules give the HMOC mandatory jurisdiction over certain types of disputes, questions regarding the right to a fair trial under article 6 of the European Convention on Human Rights will also have to be considered.

Although the adequacy of the price of a third party solution is listed above as an assumption, HMOC is fundamentally dependent on there being a system available that meets all the needs of litigants, and those needs are not yet clear: there must be a more detailed assessment of what gap the HMOC will fill, involving litigators and litigants alike, before there can be an understanding of whether that gap is best filled by a new court system or by amending the existing (and very highly regarded) court system.

The use of technology for its own sake would not provide a sufficient reason for proceeding with the HMOC.

Henry Ford, the founder of car company Ford, is reported to have said: “If I had asked people what they wanted, they would have said faster horses.” The lesson for lawyers and for IT developers, both of whom have their share of visionaries, is that while there are both prospects and pitfalls ahead for the HMOC, we should listen to each other and work together to bring the greatest benefit to all.

If there is a challenge for lawyers to continue adding value to the services we provide in the face of ODR, then so be it. As artist Leonardo da Vinci put it: “Anyone who conducts an argument by appealing to authority is not using his intelligence; he is just using his memory”.

Gareth Dickson is an associate at law firm Cooley. He can be contacted at: gdickson@cooley.com