Oscars special: And the winner is … piracy 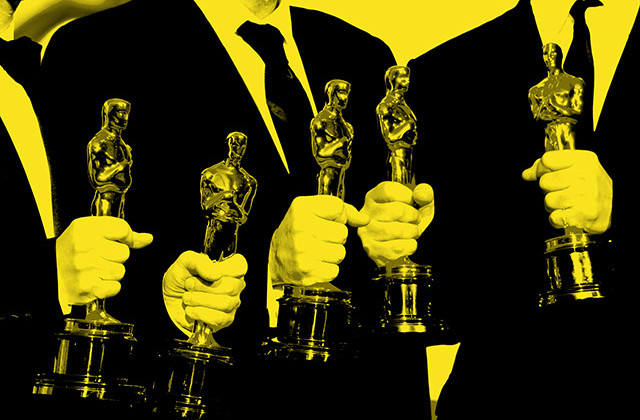 Online movie piracy increased by 385% worldwide after the nominees for this year’s Academy of Motion Picture Arts and Sciences Awards ceremony were announced, a report has shown, with one lawyer saying its findings are consistent with her firm’s experience with online piracy.

The figures, revealed ahead of the 87th Academy Awards (also known as the Oscars), which took place on February 22, were published in a report by Irdeto, which calls itself a media protection company.

The statistics applied to BitTorrent-based piracy of films nominated for awards in the Oscars’ Best Picture category and those whose actors or directors were nominated for Best Director, Best Actor and Best Actress.

Irdeto monitored illegal downloads of movies in the US and 200 other countries during the week before the Oscar nominees were announced on January 15, and compared them with those in the following week. It used crawlers that use tracking software to identify users and files on the BitTorrent peer-to-peer network.

The company found that movie piracy jumped after the nominations were announced in the US, with increased interest from abroad. The total increase was 385%.

According to the company, Gone Girl was the most pirated film before the nominations were announced, but American Sniper, one of the nominees for Best Picture, took the lead after January 15. The film, starring Bradley Cooper, clocked up 1,389,819 views worldwide in the period between January 15 and February 14 (the period that these figures applied to).

In the week after January 15 Selma, a historical drama about civil rights activist Martin Luther King, saw the largest percentage increase in online illegal views—more than 1,032%—compared with the week before, while American Sniper views went up by 230%.

"31% of the total illegal downloads tracked between January 15 and February 14 were made from ‘Hollywood screeners’—preview DVDs or Blu-rays given to film critics, voters on the awards and other film industry professionals."

Irdeto said that the films were pirated from different formats, including Blu-ray discs, DVDs and camcorders, before being uploaded. It noted that 31% of the total illegal downloads tracked between January 15 and February 14 were made from ‘Hollywood screeners’—preview DVDs or Blu-rays given to film critics, voters on the awards and other film industry professionals.

The company also noted that the bulk of the illegal views were of films that were not yet available for home purchase.

Irdeto said that not every illegal download can be considered a lost sale, though it estimated that more than $40 million could have been made if the pirated films had been made available to consumers for home purchase.

Rory O’Connor, Irdeto’s vice president of services, says the data show that there is “significant demand for new movies to be available earlier, in more geographies and over more platforms”.

“In the world of internet redistribution, the window between theatrical release and worldwide market availability may simply be too long, leaving room for pirates to take advantage and offer consumers alternative means of instant gratification.

“Today’s consumers simply refuse to wait to access these movies through legitimate services,” he adds.

Margaret Esquenet, a partner at Finnegan, Henderson, Farabow, Garrett & Dunner, says the report’s finding are consistent with “our experience with online piracy”.

“As the awards season begins, certain films become favourites to win Academy Awards. These buzzed-about films are pirated more often for a variety of reasons, including viewers simply wanting to be part of the conversation, both online and with friends, wagers related to the awards and, of course, the desire to see the best films of the year, many of which are no longer in theatres or available only in limited release.

“Whether a particular film had box-office success also plays a role, as shown by the fact that American Sniper and Gone Girl were the two nominated films with the most unauthorised downloads,” she says.

Esquenet says it may help to make the websites that host such material aware of the potential for piracy as soon as the nominations are announced, and ensure that the nominated films are available in theatres.

It may also help, she says, to advertise the benefits of the movie-going experience, or make it easy for consumers to rent (rather than buy) the nominated films via any device at a reasonable price for the few weeks between the announcement of the nominations and the Academy Awards broadcast.