Pitching in to protect sports IP 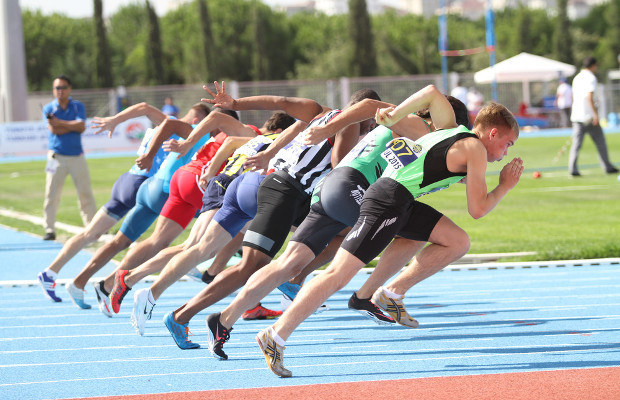 Rights owners in the sports industry and their commercial partners are facing growing challenges in the ever-evolving social media landscape of vines, GIFs, live-streaming and piracy.

Avid fans must be engaged on multiple platforms and intellectual property rights must be protected and leveraged to maintain and grow the revenue streams that keep sports viable.

Broadcasting rights have long been a key part of sport rights owners’ commercial arsenal, with live and highlights packages often attracting sizeable fees. The prime example, in Europe at least, is the English Premier League (EPL) which recently netted £5.1 billion ($7.2 billion) from broadcasters Sky and BT for the right to broadcast 169 matches per season in the UK between 2016 and 2019. A further £3 billion is expected to be generated from overseas rights in the same period.

The exponential growth of social media has revolutionised the way fans consume sports content, with tablet computers and mobile phones now rivalling television sets for viewers’ attention and resulting in the disruption of some traditional media rights models.

In the second half of 2015, Facebook doubled its number of daily video views from four billion in April to eight billion in August, and its younger competitor Snapchat peaked at three billion views per day.

The growth of video-viewing on social media is particularly interesting for brands that can, with the right partnerships, potentially reach billions of fans in new and engaging ways.

Leagues, teams, advertisers and sponsors are all acclimatising to this new playing field.

Football clubs, for example, are increasingly becoming publishers in their own right, using social media platforms to provide exclusive behind-the-scenes content from the training ground, team bus or changing rooms to fans. Others are forging new digital partnerships to reach the online audience in new markets.

However, the democratisation and globalisation of social media and the internet more broadly creates a number of new challenges for rights owners in all industries, and sport is no different.

For many fans, viewing, posting and sharing video content is becoming central to their engagement with teams, athletes and fellow fans. Rights owners are keen to encourage this type of engagement provided they can place themselves in the centre of that conversation. Problems can arise, particularly when fans, fansites and unofficial blogs share clips of live match action captured in stadiums or taken from a broadcast with no regard for the legal implications and the impact on rights owners and their commercial partners.

Some rights owners in the sport industry have attempted to stem the tide at source by using ticket terms and conditions that prohibit recording and publishing videos from within the stadium other than for personal private use. The challenges of enforcing these restrictions are obvious.

“We may now be seeing a change in the digital dynamic whereby social media platforms are partnering with rights owners to deliver content and engage users.”

When clips are taken from live broadcasts, the rights owner may have potential causes of action for copyright infringement. However, it is not always clear that a clip of a goal, piece of skill, or blooper, which sometimes lasts only for 15 seconds or less, constitutes a ‘substantial part’ of the copyright work. There are also a number of permitted acts and exemptions that can provide a defence for unofficial publishers such as  fair dealing for the purpose of quotation or reporting current events. However, any use that competes commercially with the copyright owner’s exploitation of the work is unlikely to be deemed to be “fair”.

In reality, time and resources are often channelled into identifying infringing content and working with social media platforms to remove it, rather than pursuing formal legal action.

The role of the social media platforms themselves should not, therefore, be underestimated.

Most platforms make it plain in their terms of use that posting infringing material is not permitted, and that repeat offenders may have their accounts suspended.

However, this is often the minimum level of protection required by law, and rights owners have been vocal in calling for platforms to act faster and take more responsibility for dealing with these issues.

But we may now be seeing a change in the digital dynamic whereby social media platforms are partnering with rights owners to deliver content and engage users. Twitter, for instance, is built around the notion of immediacy and therefore dovetails particularly well with live sport.

Now that it has a commercial interest in sports rights, Twitter has taken a tougher stance with some infringers, temporarily suspending some accounts after NFL clips were posted during 2015.

YouTube is likewise an active player, while Facebook and Snapchat are also pursuing formal sports partnerships. The influence of social media is  growing and very much here to stay.

While some rights owners have been relatively late coming to the party, and are now having to fight fires against fansites and unofficial publishers, they are catching up. Whether it’s publishing clips and other content via their own digital channels or partnering with social media platforms or digital publishers, legal and commercial strategies will have to be developed swiftly to ensure that the sports industry remains as agile off the field as it is on it.

Jody MacDonald is a senior associate at specialist sports law firm Couchmans. He can be contacted at jody.macdonald@couchmansllp.com