Politics and IP: a tough balance 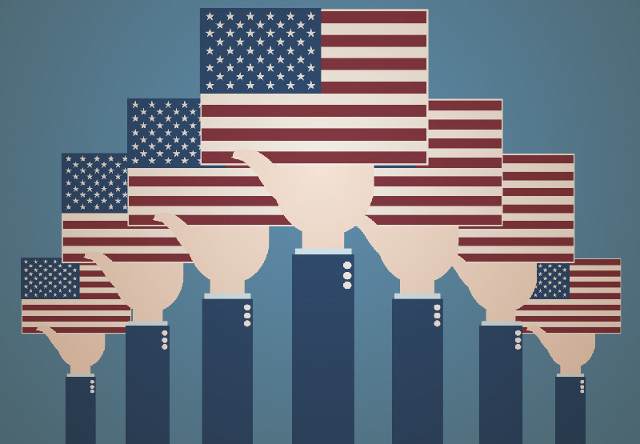 Politicians, often under intense scrutiny, should be careful when asserting claims of IP infringement, even more so in the digital age. TBO reports.

On September 12, the UK Labour Party made the supposedly egregious decision to put the UK’s national security at risk by electing Jeremy Corbyn as its leader. At least, that was according to a video posted on YouTube by its Conservative Party rivals. In the video the party claimed that Corbyn’s left-wing policy of leaving NATO would put the country at risk.

Soon after it was uploaded the video was temporarily removed. The Conservatives had forgotten to check who owned the footage used in the video and gain permission.

What transpired was that some of the content belonged to Adrian Cousins, a Corbyn supporter, and because the Conservatives had not gained authorisation a take-down request was sent.

In a liberal democracy, politicians are required to be constantly active in persuading voters that they have the right policies and their opponents have the wrong ones.

How they are perceived is central to their success and with the expansion of the internet and social media, this battle to prove worthy has increasingly moved to the digital space.

But as we have seen in recent weeks, intellectual property rights may force some to slow down their efforts.

For instance, some websites are created to deliberately attack a particular individual and often contain the name of the politician involved.

There can be further pitfalls for the targeted politician.

A subsequent cybersquatting claim may fall short if the website is deemed to be providing commentary or criticism. On top of this, asserting a claim can lead to accusations of bullying and bad publicity, something a politician can ill afford.

In the US, Republican presidential candidate Donald Trump is perhaps not restricted by this quandary. In the words of David Kluft, who is a partner at law firm Foley Hoag, Trump is “immune” to the so-called Streisand effect.

The Streisand effect is defined as when a famous person attempts to remove or censor a piece of information about him/herself, but in the process increases the public’s awareness of the issue.

The website sells merchandise, including T-shirts and caps, emblazoned with ‘Donald Dumb’ and ‘Stop Trump’. One T-shirt says ‘America is already great’, a reference to Trump’s campaign slogan ‘make America great again’, for which he owns a registered US trademark.

The website says its mission is to “to counteract the divisive comments of Mr. Donald Trump’s presidential bid for 2016”.

Kluft fails to see how Trump can satisfy the three prongs of the Uniform Domain-Name Dispute-Resolution Policy (UDRP) should the need arise.

Under the UDRP, a trademark owner has to prove it has registered trademark rights, and that the opposed registrant has no legitimate interest in the name, and registered it with bad faith intent.

Moreover, Trump’s cease-and-desist letter asserts that an infringer can be liable for $100,000 for each domain name registered in bad faith under the Anti-Cybersquatting Consumer Protection Act.

But Kluft doubts that Trump can successfully claim that amount as he says that the act “places a higher standard for claimants to prove bad faith compared to a UDRP claim.”

“It is worrying that such claims can be used to silence criticism of a politician. Website owners often don’t have the resources to seek legal help and end up erring on the side of caution.”

For Kluft, there is arguably a “bullying aspect” to Trump’s letter.

“It is worrying that such claims can be used to silence criticism of a politician. The website owners don’t have the resources to seek legal help and end up erring on the side of caution,” he says.

Trademark bullying claims can often mean embarrassment for the IP owner, but Kluft says he could not imagine advising Trump not to go forward with a claim.

“If I was advising him I couldn’t imagine telling him that filing an action would cause embarrassment and lead to bad publicity,” he says, adding that Trump doesn’t embarrass easily.

Identifying friends and foes in politics is perhaps made easy by domain names such as stoptrump.us. Kluft notes that nobody would confuse that domain with the Trump campaign.

However, in the last year a phenomenon has developed of registering domains with a .horse suffix. These websites are ambiguous in their political allegiance.

For example, hillaryclinton.horse, registered in April, showed the Democratic Party presidential candidate behind an animated image of a horse next to her husband and former president Bill. He is shown firing a gun in front of a waving US flag with a woman clinging on to his leg.

At the time of writing the website was inaccessible.

Last month, an internet user registered donaldtrump.horse. The website simply shows Trump’s head photoshopped on to Russian President Vladimir Putin’s body. In the original picture Putin is bare-chested and riding a horse—the image is either embarrassing or flattering depending on your perspective.

It’s difficult to decipher whether either domain is supportive of the candidate in its name.

Kluft says the random feel to the images is “just what the internet is designed for”.

But, he adds, pursuing infringement claims can be self-defeating, because “there is no way to get ahead. You take down the domain companyx.com and somebody soon registers thecompanyx.com”.

Supermarket chain Walmart attracted publicity when it requested that the walmart.horse domain be taken down. Walmart had considered the domain infringing, and despite support for the registrant and coverage from international news outlets, the website has been removed.

According to Whois, thewalmart.horse domain has not been registered, but someone may want to indulge in the attention the walmart.horse dispute attracted and risk a new fight with the retailer.

A politician’s image can be fragile. One week they are popular with a particular message that chimes with voters and the next they may be on the back foot defending unpopular actions or policies.

The internet makes this job harder. The digital space functions as a constant commentary that scrutinises every action. Critics will often use a politician’s name in a domain to gain the attention of relevant voters. Some of these domains can cause confusion with the official campaign of the politician making the digital fight space much more difficult.

The .horse domain provided a space for fun, but the availability of a domain such as .sucks poses new challenges for how politicians can protect their names. One lesson for politicians is to check the limitations of their IP rights and what traps could lie in the way of asserting claims such as fair use and bullying claims.