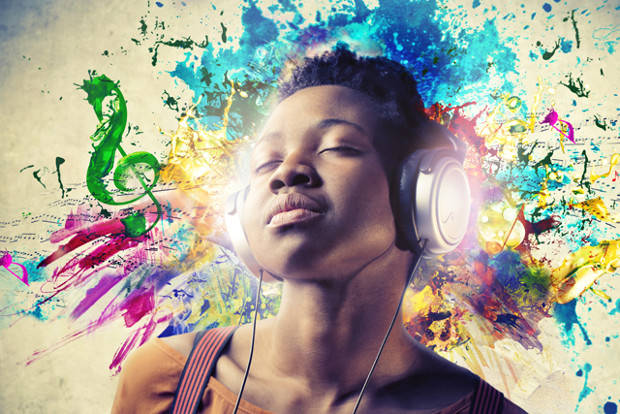 The recorded music licensing landscape has changed considerably since 1934 when the performers’ rights organisation PPL was founded, and copyright law is constantly evolving, as Peter Leathem reports.

PPL is 80 this year. As we proudly reach this milestone, we are now working on behalf of more than 75,000 record company and performer members to provide collective licensing of recorded music when it is played in public or broadcast (including online) in the UK.

We license more than 300,000 businesses and broadcasters, to use more than six million recordings. We are continuing to increase the income we generate for our members, distributing nearly £150 million to them in 2013—the largest payment, to the largest number of record companies and performers, in PPL’s history.

At the same time, we are seeing positive developments in the UK music industry, which is continuing to embrace the digital market, add value to UK plc and explore ways of further innovating and simplifying licensing. Despite this, the copyright framework on which our industry, and the wider creative sector, depends is under review both here and in Europe, particularly in the digital context.

The licensing landscape has certainly changed considerably since 1934, when streams were small rivers, clouds were meteorological phenomena, and only spiders were web users. Back then, PPL was set up by two record companies, Decca and The Gramophone Company, following a landmark court decision confirming that the public performance of recorded music required the sound recording copyright owner’s permission.

In the subsequent decades, there have been transformative cultural and technological advances—and, while the sector sometimes struggles to keep pace, significant revisions of copyright law. As well as their wider impact on the creative sector, these changes have played an important part in PPL’s own particular journey, with lasting effects.

Starting from that single test case in 1934 (a coffee shop in Bristol), PPL now licenses hundreds of thousands of businesses across the UK which play recorded music at their premises. Meanwhile, following the Broadcasting Act 1956, PPL’s remit broadened to cover the licensing of recorded music in television and radio broadcasts. Today, this generates about £70 million per year (including related online services) and involves PPL processing more than three billion seconds of airplay data in order to allocate and distribute the licence fees to members.

The landscape changed again in 1996, with the introduction of a statutory right to equitable remuneration for performers who have performed on sound recordings that are broadcast or played in public. PPL makes these payments, on behalf of record companies, to tens of thousands of performers who are registered with us. We have made a series of fundamental changes to our constitution and governance to reflect the importance of performers within our membership base.

PPL has also expanded and developed the services it offers. Following legislative changes in 2003 to update the concept of ‘broadcasting’, PPL introduced the option for members to use PPL for certain new media licensing. PPL’s international royalty collections service (available to performers and record companies alike) has also become a key part of our offering.

We collected £160 million in the last decade, through what is now a network of more than 60 agreements with collective management organisations (CMOs) covering over 90 percent of the value of the global performance royalties market.

"According to figures published by the record industry trade body BPI, the value of music streaming in the UK surpassed £100 million last year, up 34 percent from 2012."

To underpin operations on this scale, PPL has transformed its IT systems with a new repertoire database, a new rights management and distribution system, a new music reporting system and online member management facilities. This investment, alongside our continuing focus on staff training, better internal processes and greater external awareness-raising have all helped to make music licensing more comprehensive and efficient.

All this means that PPL is in pretty good health. Recent government statistics indicate positive growth in terms of employment in the creative industries, gross value added and export value. For the music industry, this comes at a time when physical sales have been in widely-publicised decline as consumer preference shifts increasingly to digital consumption, and in particular to streaming services.

More than 70 licensed digital music services are available from the UK. According to figures published by the record industry trade body BPI, the value of music streaming in the UK surpassed £100 million last year, up 34 percent from 2012.

The UK is also one of only three net exporters of music in the world, and achieving some remarkable results in that regard. In 2012, four out of the five top-selling albums in the US were British. In January 2014, UK boyband One Direction received the Global Recording Artist of 2013 award from international record industry trade body IFPI, for being the most popular recording artists across music downloads, streaming and physical format sales worldwide.

The fact remains, however, that the continued cultural and economic success of the UK’s creative industries relies upon a fair, robust and enforceable copyright framework that provides appropriate protection and incentive to creators. That view is shared by the House of Commons Culture, Media and Sport Committee, whose report last autumn (Supporting the Creative Economy) queried the government’s level of support for the creative industries. The committee also acknowledged the risks posed by the dilution of IP rights and failure to tackle online piracy.

Nevertheless, UK rights holders are still grappling with the legacy of confused and poorly evidenced recommendations made by Digital Opportunity: A Review of Intellectual Property and Growth, published by Professor Ian Hargreaves in May 2011 after attempting to consider the entirety of IP in only six months.

Similar evidential flaws have permeated subsequent impact assessments (and related research). Yet this body of work remains the basis for a series of significant copyright reforms, especially to copyright exceptions, where links to growth are tenuous at best but the risk of harm to rights holders looms large.

The UK is not alone in scrutinising copyright. In December 2013, the European Commission launched a wide-ranging and potentially far-reaching public consultation as part of its ongoing review of EU copyright rules. Within its 80 questions are some big and controversial topics, including copyright territoriality, copyright registration and digital exhaustion of rights. It remains to be seen whether, and, if so, to what extent, this review process will lead to a re-opening of the EU copyright directives. Regardless, copyright remains firmly on the agenda and under the microscope.

For its part, PPL licenses a range of broadcasters for elements of their services that are available outside the UK, and VPL (which carries out the equivalent role to PPL in relation to music videos) licenses MTV to use music videos from 13 European CMOs in 61 MTV channels, broadcast from 27 countries into a footprint of 117 countries.

A further initiative that will help to shape the European copyright licensing landscape (not just for music but the full spectrum of creative content) is the forthcoming EU Directive on collective rights management. This seeks to set common standards across European CMOs, focusing on core principles of governance, financial management, transparency and reporting. PPL already participates in a self-regulatory regime for UK creative sector CMOs based on similar principles and we welcome the sentiments of the directive.

In PPL’s experience, not all European CMOs are operating as effectively as they should. We hope that the directive will go some way to addressing these concerns, because while British music is achieving tremendous popularity abroad, UK rights holders are not always receiving the full amount they are due for their creative and financial investment in this successful export.

PPL will certainly keep working hard on all fronts for our members, as we approach our 80th birthday, to help deliver many happy returns on that investment.

For more information go to www.ppluk.com