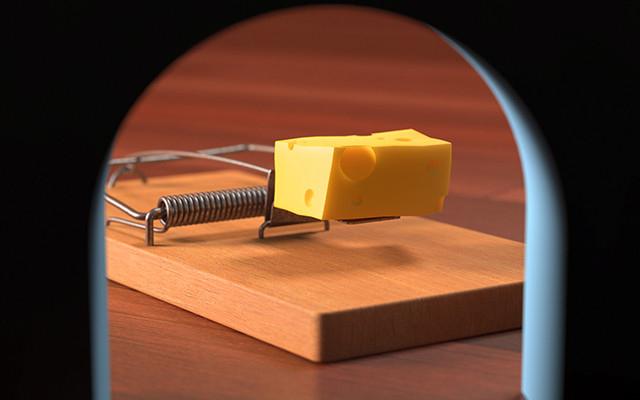 The IOC has a chance to come up with new advertising rules to address the grey area of official commercial sponsors’ and athletes’ rights during Rio 2016. TBO reports.

The applied-for mark represented scenes at the opening ceremony where only four of the five snowflakes that were supposed to transform into Olympic rings actually did.

The image was broadcast across the world and caused embarrassment for the organisers of the Winter Olympics. Medvedev, despite having no connection with the mishap, looked to profit from it. Perhaps he thought that any association with the internationally recognised symbol of the Olympic rings would be highly valuable. He applied to trademark the image at the Federal Service for Intellectual Property (Rospatent), the body responsible for administering patents and trademarks in Russia.

While on the surface the application may look mischievous, the IOC took it seriously and opposed it on the grounds that it was too similar to the Olympic symbol.

The incident is emblematic of how seriously the IOC takes IP rights. A clear example of how serious the IOC is about protecting the IP rights of its official commercial partners is rule 40 of the Olympic Charter, which states: “Except as permitted by the IOC executive board, no competitor, coach, trainer or official who participates in the Olympic Games may allow his person, name, and picture or sports performance to be used for advertising during the Olympic Games.”

A spokesperson for the IOC told TBO that rule 40 is in place to “combat ambush marketing, which can jeopardise the funding of the event and undermine the Olympic Games”.

Rule 40 restricts athletes and others from openly endorsing a brand that is not an official sponsor of the Olympic Games, shortly before and during the Games, in advertisements, social media and on personal blogs. In addition to rule 40, the IOC adopted rule 50, which limits the sizes of manufacturers’ kit logos on athletes’ uniforms during the Games.

Alex Kelham, managing associate at law firm Lewis Silkin, says: “Most sports events will not have such a stringent policy as the IOC’s rule 40, where an athlete cannot use his or her image for that period without the permission of the organisers.”

In March, the IOC suggested it may relax the restrictions on both rules 40 and 50. It announced that at the next meeting of the IOC’s executive board, in Kuala Lumpur in July, it will discuss changing the current status of the rules. According to early proposals, athletes would be allowed to engage in “generic (non-Olympic) advertising during the period of the Games” as long as they do not associate the campaign with the event itself.

The relaxing of rule 40 would perhaps mean the vindication of a protest campaign set up by a number of athletes who demanded that the rules governing advertising be softened.

During the London 2012 Olympics, US runners Sanya Richards-Ross and Nick Symmonds participated in a Twitter campaign to protest against the restrictions of rule 40. In one incident of the rule’s enforcement, US 1,500m runner Leo Manzano was forced to take down an image of his shoes posted on social media website Facebook as it contained the logo of an unofficial sponsor of the event. Using the hashtag ‘#wedemandchange2012’, a number of athletes voiced their criticism of the IOC’s rules, arguing that they inhibit them from exploiting the commercial rights to their images.

"The relaxing of rule 40 would perhaps mean the vindication of a protest campaign set up by a number of athletes who demanded that the rules governing advertising be softened."

The IOC is under pressure from the competing interests of both athletes and its official sponsors. Frank Ryan, partner at law firm DLA Piper, says if the IOC relaxes rules 40 and 50 then it will open up the 2016 Olympic Games, to be hosted in Rio de Janeiro, to a greater danger of ambush marketing.

“There is no question about it: it does increase the opportunity for ambush marketing. When you open up the rules on what amateur athletes can do, ambush marketing is something both them and the organisers might need to be aware of,” he says.

The IOC will be determined to avoid the embarrassment the organisers of the 2010 FIFA World Cup experienced when 36 Dutch women entered one of the grounds wearing orange dresses bearing the logo of the alcohol manufacturer Bavaria. All of them were subsequently ejected.

The IOC will also want to avoid coming into conflict with its athletes over rule 40. In October, Colin Kaepernick of the San Francisco 49ers was fined $10,000 for wearing a pair of pink Beats by Dre headphones instead of a headset manufactured by Bose, an official partner of the National Football League.

Ryan says: “The IOC doesn’t want to be at odds with its athletes, so you also think from a control perspective if you have several hundred athletes blogging and several ambush marketing opportunities in that blogging process, how are you going to manage?

“You don’t want to be at odds with all those athletes. I think you’ll want to provide clarity so athletes know what they can and can’t do,” he adds.

The current lack of clarity on rule 40 means there is a lot of confusion on the part of the athlete and the brand.

Kelham says: “Rule 40 places an obligation on the athlete, not the brands. It’s therefore the athlete’s responsibility to ensure that brands that they have a relationship with don’t use them for commercial purposes during the rule 40 period.

“Ironically, this means that brands which don’t have a relationship with the athlete are free to use them in advertising, provided that they do not infringe any image rights.

“As there is no image right as such in the UK, this means that brands can use the athlete’s image provided they don’t show the athlete falsely endorsing their brand,” she adds.

She continues: “I suspect what the IOC has in mind is that they don’t want to put off brands from entering into long-term sponsorship agreements with athletes. They just want to stop brands from jumping on the bandwagon and getting behind an athlete for just the period of the Games.”

But social media is where the question of what constitutes ambush marketing becomes a little tricky. Brands like to run congratulatory tweets and Facebook posts in order to look engaged with events the general public are talking about. For instance, after the birth of Prince George, several brands including Coca-Cola, Oreo and Marks & Spencer congratulated the Royals on social media.

In a similar situation during the 2014 FIFA World Cup, brands responded to the ‘biting’ incident between footballers Luis Suarez and Giorgio Chiellini during the game between Uruguay and Italy. Nando’s, Budweiser and Snickers were some of the notable names that took to Twitter to respond to the event in a humorous way.

Ryan argues that the change to rule 40 could further add to the confusion. “I do think there are pitfalls in social media,” he says. “Certainly generic or non-Olympic sponsors are going to try and capitalise off this change.”

Until July, the IOC has a chance to come up with new rules that will, hopefully, address any concerns of both its official commercial partners and athletes.

Kelham says: “The key thing will be how they define non-Olympic advertising. Hopefully, they will provide clear guidance. If the IOC came out with a brilliant way of phrasing what a non-Olympic advert is, and this is seen to strike the right balance, then it may be that other major events follow their lead and seek to adopt similar rules.”

Ryan says: “This is a start. What we’re seeing is the idea of opening this up, removing certain restrictions on the use of the name and the image rights of the athletes. How it ultimately gets instituted will be interesting.”

Sporting events such as the Olympics, World Cup and the Super Bowl are attracting bigger and bigger audiences across the globe. The internet adds another dimension to how people interact with these events—watching them or participating in a global discussion about them.

Brands see the value of this in following the general public onto platforms such as Twitter, Facebook and Instagram, and contribute by bringing humour and light-heartedness to the conversation. The result is that brands can interact with consumers in an informal way and add to the goodwill of their image. But there is a fear that companies unaffiliated with the Games will use the same platforms to falsely associate themselves with them.

In July, the IOC’s executive board will vote on whether to approve the changes to rules 40 and 50. While many athletes will hope the changes can allow them to monetise their image and sponsorship rights more, official sponsors will be fearful that it opens up the chance for ambush marketing campaigns. It is important the IOC gets the balance right, as otherwise there may be bigger battles involving the organisation, athletes and brand owners to come.