Promoting and protecting your brand in a brave new world 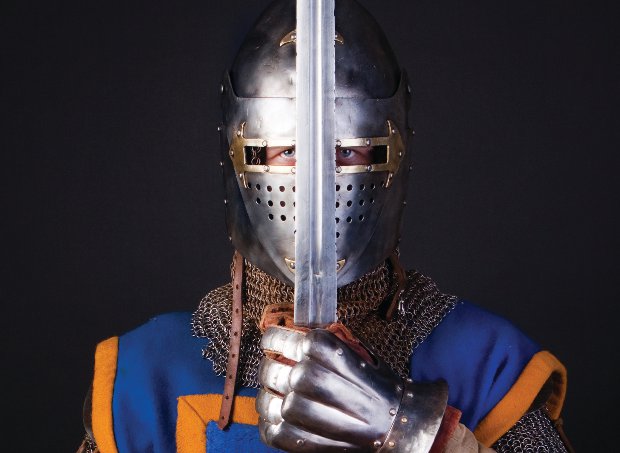 On January 12, 2012, the Internet Corporation for Assigned Names and Numbers (ICANN) will begin accepting applications for new gTLDs. gTLD stands for ‘generic top-level domain name’—the letters to the right of the ‘dot’ in a URL (website address), as in .com.

For many Internet users .com is the most common and recognisable gTLD and for nearly two decades .com has commanded a premium position for consumers and brand owners alike. In business terms two decades can be regarded as a long time; when applied to the Internet, it’s an eternity.

For some people, the idea of bringing new TLDs to the market represents a monumental positive shift in how the Internet will operate. ICANN’s president and effusively praised the development as one that will “unleash global human imagination … to better serve all of mankind”.

Conversely, in November 2011, a coalition of large corporate brand interests criticised the new gTLD programme proposal for its “deeply flawed justification, excessive cost and harm to brand owners, likelihood of predatory cyber harm to consumers, and lack of stakeholder consensus, a core requirement of its commitment to the US Department of Commerce”.

Clearly, there are strong opinions on both sides of the argument. In the end, it is unlikely that these eleventh hour objections will scuttle the launch of the gTLDs. Nevertheless, the objections have some merit because, in the authors’ opinion, the new programme is not flawless.

Will the gTLD programme unleash a new era of cybersquatting?

The short answer is: not at the gTLD level, but possibly for second-level domains. With an application fee of $185,000, it is unlikely that a third party will seek to register a brand owner’s name. While ‘cybersquatting’ exists, the cybersquatter is not likely to have access to the capital to cover the necessary application and legal fees. The gTLD application is a complex technical document with hundreds of pages of requirements.

Unlike the registration of a domain name, an applicant for a new gTLD is applying to operate a registry business and is, therefore, subject to extensive scrutiny. Applicants are required to demonstrate the necessary technical expertise to operate a registry, and show proof of actual operational compliancebefore delegation of the gTLD. The evaluation criteria are robust, and the successful applicant must be approved by independent panels. The successful applicant will need competent counsel to assist with the gTLD process.

Applicants will be vetted by the following independent panels:

The String Similarity Panel—Determines whether a proposed gTLD is confusingly similar to a reserved word, and existing gTLD, or an applied-for gTLD (‘string’ refers to the alphanumeric content of a domain name);

The DNS Stability Panel—Evaluates whether the applied-for string could adversely affect the security or stability of the domain name system (DNS);

The Geographic Names Panel—Assesses whether the gTLD represents a geographic name (if a geographic area is implicated then the applicant will be required to provide verification from the relevant/affected government or public authority);

The Technical Evaluation Panel—Determines whether the applicant is technically and operationally capable of operating a gTLD registry; and

The Financial Evaluation Panel—Reviews the business, financial and organisational feasibility of the applicant.

In addition to the rigours and cost of the application, all applications will be subject to a challenge by trademark/brand owners.

After the close of the application submission period, ICANN will post non-confidential portions of the new gTLD applications to its website. Similar to the publication of trademark applications before final approval, the gTLDs will be published for opposition. It is contemplated that the opposition period will be open for approximately seven months—sufficient time for trademark/brand owners to evaluate the applications and move to protect their interests.

During the opposition period, the brand or trademark owner may file a claim for dispute resolution, to be administered by existing dispute resolution providers, such as the World Intellectual Property Organization (WIPO) and the National Arbitration Forum (NAF).

For claims involving string confusion objections, such claims will be handled by the InternationalCentre for Dispute Resolution and will be limited to existing TLD operators or new gTLD applicants that may be harmed by the registration.

An existing legal rights objection procedure is open to trademark and brand owners who may be concerned about potentially infringing gTLDs. Legal rights objections will be handled by WIPO with costs that, in many cases, will be comparable to existing fees to resolve Uniform Dispute Resolution Policy (UDRP) claims.

Second-level domain rights protection: the left of the dot

Pre-domain registration, trademark owners have certain rights. ICANN has integrated two provisions to assist trademark owners seeking to protect their brands in the gTLD second-level domain registration process: the Trademark Claims Service (TCS) and the so-called ‘sunrise’ provisions. Under the TCS, for a defined period of time (at least the first 60 days of a gTLD launch) a trademark clearinghouse will provide notice to registrants whose prospective second-level domain matches a mark in the clearinghouse.

The owners of the corresponding trademarks will also be notified of the match. While the TCS is not a perfect system, when coupled with the mandatory sunrise provisions, the likelihood of widespread infringing registrations of secondlevel domains will be greatly diminished.

"ICM's process was highly scrutinised and followed by brand owners and, therefore, it should provide a good measure for how the new process will proceed for other gTLDs."

Under the sunrise provisions, for at least 30 days before the public launch period for a new gTLD, a trademark holder that is registered in the clearinghouse may pre-register domain names that include its mark.

However, ICM’s process was highly scrutinised and followed by brand owners and, therefore, it should provide a good measure for how the new process will proceed for other gTLDs.

After the initial domain registration period and the close of the sunrise, trademark owners will be able to invoke the UDRP as well as the new Uniform Rapid Suspension (URS) in order to protect their trademark rights. While the UDRP has a 10-year history, and the statistics prove its effectiveness at managing disputes in a fair and cost-efficient manner, the URS is intended to provide a faster low-cost resolution process.

The URS will have a filing fee of $500, and a proceeding is expected to last between three and five weeks. A successful URS will result in suspension of the domain for the remaining duration of the registration, and placement of a notification of the dispute on the website.

The URS is limited to, and should be used for, clear cases of trademark infringement. While it’s difficult to predict, a number of experts estimate that up to 50 percent of the claims that are now filed as UDRP claims will be filed as URS proceedings.

The URS is not, however, without controversy. Many brand owners have expressed concern that, even with the lower URS filing fee, the cost of pursing cybersquatters across a wide range of gTLDs will be exorbitant. Unlike under the UDRP, the domain owner may file a response up to 30 days after a decision has been rendered, and a registrant can seek de novo review of a URS decision.

In addition, a complainant that prevails under the URS will not acquire the infringing domain name. Instead, the domain will be suspended until the end of the current registration period, and will become available for re-registration on a first-come, firstserved basis, unless the complainant pays for a one-year extension to the initial suspension period.

Moreover, brand owners will still need to seek UDRP protection to address cases that are not clear infringement and those where they would like immediate control and ownership of the disputed domain name.

Will the new gTLD dispute process be effective?

At the September 21, 2011 International Trademark Association (INTA) conference in Washington, DC, a panel was created to discuss the effectiveness of the UDRP after 10 years of operation. Panellists included legal experts, registry providers, and domain registration service providers (DRSPs).

It was noted that of the nearly 35,000 UDRP claims that have been filed over the past decade, the vast majority have resulted in outcomes favourable to the trademark/ brand owner. For example, as of August 2011 the transfer rate, resulting from decisions rendered in UDRP cases with the largest DRSPs, by WIPO and NAF was 86.1 percent and 87.8 percent, respectively. Additionally, approximately 20 percent of UDRP claims filed have resulted in settlement before decision.

While it has been estimated that bad faith registration of domain names costs brand owners up to $1billion annually worldwide, conference participants, who included representatives of many large branded companies, concluded that the UDRP is effective and efficient.

Without the UDRP, participants would be mired in court proceedings and subject to lengthy discovery Based on this background,the current DSRPs should be well positioned to manage the new gTLD dispute procedures.

While brands such as Canon, Hitachi, and IBM have expressed their intention to obtain gTLDs, others view getting a gTLD with healthy scepticism. Many trademark/brand owners are likely to observe the first round of gTLD applications from the sidelines to assess how smoothly the process runs.

Undoubtedly, questions about the benefits of the new gTLDs, from a branding perspective, remain open. While the prospect of new gTLDs may unleash new opportunities, it is clear that brand owners can expect, and should prepare to address, significant increased expense as they seek to promote and protect their brands online and motion practice.

Ari Goldberger is the founding partner of the domain name law firm ESQwire.com. He can be contacted at: ari@esqwire.com

Jason Schaeffer is a senior associate and trademark counsel at ESQwire.com. He can be contacted at: jason@esqwire.com