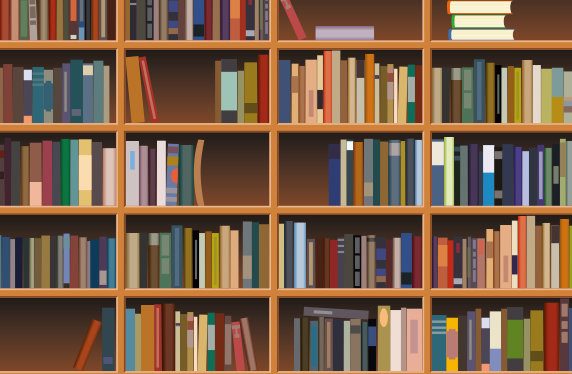 E-books give writers the chance to find an audience but also leave them vulnerable to piracy, so publishers are coming up with new strategies to deal with the problem. TBO reports.

In 1996, author Geoff Ryman published what some describe as the first ‘hypertext’ novel. Readers click on links and explore the book in a disjointed form. Published online, and still in the archaic hypertext format, the novel demonstrates just one of the possible ways that readers can engage with online content.

Ever since, digital channels have offered writers the chance to pursue unconventional means of getting their work to readers. E-books afford writers the chance to engage with their audience and develop a community, and have offered new literary experiences. Self-published e-book writers such as Hugh Howey and Barry Eisler have found success going it alone, reaching out to audiences and marketing their work in new ways. But e-books have also left writers vulnerable to piracy and forced publishers to come up with new solutions to tackle this problem.

Kerry Wilkinson, author of the Jessica Daniel series, started off self-publishing but then struck a deal with Pan Macmillan in 2012.

“Once I had finished writing Locked In [the first Jessica Daniel novel], I looked in to how a book traditionally ends up on shelves—through agents and publishers—and figured that the endless rounds of rejections wouldn’t be for me. I’m quite tech-savvy, so I did it myself.”

Wilkinson encountered problems with protecting his IP: “I was being pirated early on but didn’t worry about it. What was I going to do? I was a bloke on a sofa,” he says.

After striking the deal with Pan Macmillan, Wilkinson found that his publisher could help him to combat the pirating of his works. “Publishers are generally the ones who would look out for infringements ... they issue takedown notices to sites pirating my books.”

Nevertheless, he is resigned to the idea that piracy will always occur when writers publish their works online.

“If people are going to pirate it, there’s not an awful lot that can be done,” he says.

“But most readers are decent people who prefer to pay for their entertainment as long as they don’t feel ripped off. Also, most people downloading books illegally are digital hoarders: they’ll never watch/read/consume half the stuff that are on hard drives. Game of Thrones is the most pirated TV show on earth—and that seems to get by.”

It may be a more productive strategy for publishers and writers who choose to self-publish to better engage with the file-sharing community by offering readers more for their money at a reasonable price. In a similar way, record companies sell music vinyls today with a download code for the songs, providing consumers with the works across all formats at a reasonable price.

Wilkinson says: “If you buy a paperback, are you buying the story within it or the physical book? I’d like to think that if you buy a book, you should have access to a physical version, an e-version and, perhaps, even an audio version, allowing you to consume the story in whichever way you see fit.”

For writers like Wilkinson who are still establishing their name in a competitive market any kind of exposure can be seen as beneficial. The sharing of works, legally or illegally, can be part of the process of developing a new audience.

He says: “If someone reads something they enjoy, they might decide to actually buy future titles. I think some of the annoyance consumers feel is that they’re not sure what buying a book entails.”

Increasingly, new and established authors are required to be more involved with the marketing of their works in order to reduce the uncertainty felt by readers when purchasing a new text. Booker prize-nominated novelist David Mitchell has used Twitter to publish a short story online.

Catherynne Valente was the first to take to crowdfunding to serialise her novel The Girl Who Circumnavigated Fairyland in a Ship of Her Own Making, asking readers to donate money in order to read the next chapter. Writers engage with their readership in ways not seen before and this has forced publishers to get creative in the way readers can access texts, but making sure the author’s IP is adequately protected is still important.

"As well as educating the public, Creative Content UK will issue notices to users informing them of whether the websites they are accessing content from are legitimate."

Publishing is arguably dealing with what the music and film industry experienced at the turn of the 21st century. Just as Napster in 1999, and later Megavideo in 2005, threatened to turn the music and film industries on their heads by offering new ways for consumers to access content, the release of the Kindle in 2007 popularised reading works electronically. This inevitably led to works being shared via peer-to-peer networking sites.

The struggle that associations such as the Recording Industry Association of America had in targeting individual file-shares provides a blueprint for industries such as publishing to tackle the problem of piracy differently.

Technology company Digimarc Guardian offers a route to publishers to tackle infringers. Instead of pursuing individuals, Digimarc targets websites distributing pirated content and issues takedown notices to those running the website; this is so far the most popular tactic of combating online piracy for publishers.

Digimarc later contacts the site’s advertisers who may be unaware of its illegal activities. If the website refuses to remove the content, Digimarc will contact the authorities in order to de-list the site from search engines.

It has been a popular solution—Digimarc counts Hachette, HarperCollins, Pan Macmillan, Simon & Schuster and Random House among its clients.

The scheme so far seems to be working. RosettaBooks, an e-book publisher and one of Digimarc’s clients, reported that when its content is distributed without authorisation legal action is necessary in less than five percent of cases.

In the music industry, an alternative approach is proposed by Creative Content UK, a coalition of internet service providers (ISPs), the government and creative industries aimed to educate the public on the damage file-sharing causes. As well as educating the public, Creative Content UK will issue notices to users informing them of whether the websites they are accessing content from are legitimate. These notices will then provide links to where users can access the same content legally.

Some are not convinced the scheme will work. Emma Roe, head of commercial IP at Cobbetts LLP, says: “They believe it is just a matter of education ...  that if people realised how much money they were taking away from the owner of that content they wouldn’t necessarily download illegally. I’m not so sure people are actually convinced by that.

“The argument that educating the public is sufficient, is perhaps a little bit naive.”

Ultimately, she says, file-sharers are motivated not by ignorance but by whether they get the value for their money.

“I suppose the question is, do people care enough about the protection of those rights to say ‘I don’t mind paying a little bit; I just don’t want to be ripped off’.”

Maybe one day the scheme will cover book piracy.

Netflix and iTunes have been able to confront the market for pirating by offering affordable content on a subscription basis, and Kindle Unlimited is planning to do the same.

Kindle Unlimited offers access to almost 600,000 titles at $9.99 a month. By offering a subscription model, it allows readers to reduce the risk of spending money on an unknown work.

Publishers, however, have been reluctant to participate so far; the big publishing houses have made only a few of their works available.

The report shows that attitudes to paying for digital content are perhaps changing, and this can provide optimism for publishers seeking to protect the copyright of their writers and to generate revenue online.

E-books emerged much later than the digitalisation of music and films, so arguably a map has been drawn of how the market is likely to evolve, and what will be the best methods for writers and publishers to protect their works and generate good returns on their work.

Instead of confronting file-sharers aggressively, publishers may find that eliminating the incentive to share unauthorised content may bring future customers by popularising the use of legal channels.