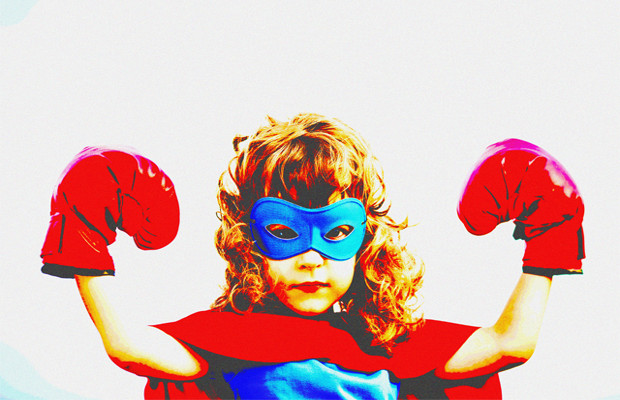 Several tools are available to help brand and trademark owners protect their rights—and their consumers—in the expanded domain name system. Scott Austin, Thomas Barrett and Susan Payne describe how they work and how to use them.

The Internet’s domain name system is being dramatically expanded in 2014. Hundreds of new generic top-level domains (gTLDs) are open for business, with dozens more being delegated to registry operators every week.

The expansion presents a number of issues for trademark owners and their legal advisers, who must be more vigilant than ever before at protecting their rights. There are, however, several tools which, if properly used and understood, will help them protect their brands and consumers.

The Trademark Clearinghouse (TMCH) is the primary tool for trademark owners seeking to protect their rights in the new gTLDs. At least 26,000 marks have been registered so far. The TMCH supports two of the mandatory RPMs in the new gTLD programme: sunrise periods and the trademark claims service.

Every new gTLD registry must operate a sunrise period, during which trademark owners may register exact-match domains. Given the rapid expansion of gTLDs, even organisations with extensive resources face complex choices to protect their brands and their consumers.

Trademark owners must decide whether to register domain names in a particular gTLD as a defensive tactic or to promote the trademark—or whether to use the trademark claims service, which is available for the first 90 days after the launch of every new gTLD.

Although the TMCH has indicated plans to issue notices indefinitely, prospective registrants will stop receiving notices beyond the first 90 days (unless the gTLD registry voluntarily chooses to continue implementing the service). On February 28, 2014, the TMCH announced that more than 17,000 claims notices have been sent to trademark owners. It remains to be seen what percentage of these notices correspond to cybersquatted domain names (as opposed to a non-infringing, bona fide registrations that may also trigger the claims notice).

To complement ICANN’s familiar Uniform Domain-Name Dispute-Resolution Policy (UDRP), a new accelerated dispute process, the Uniform Rapid Suspension System (URS) is now available for suspending a clearly cybersquatted domain name. However, the transfer of the domain name to the trademark owner is not available as a remedy under the URS, rather the domain name is re-released into the pool of available domains after it expires. Should the trademark owner not immediately secure the domain when it is re-released, it may be abusively registered again, creating a serial enforcement scenario. This remedy, and its limits, should be considered by brand owners when enforcing their marks.

Effectiveness of the RPMs

The lower sunrise registration numbers are likely related—in part—to the fact that 25 of the recently-launched registries are run by Donuts. Therefore, brand owners may have opted to use the Donuts Protected Marks List (DPML), for which no figures are available, instead. It may also reflect the niche nature of some of these new gTLDs. Ultimately, the demand for new gTLD registrations remains unclear at this stage, and partially reflects the balancing decision trademark owners are making to prevent trademark violations and enhance their brands.

On February 12, 2014, the first successful use of the URS resulted in a finding that IBM, the complainant, had demonstrated by clear and convincing evidence that all of the URS standards required for disputed domain names to be suspended for the duration of their registrations had been met.

It is too early to tell whether the short time for these decisions will allow argument of fine points in fact or law, especially where multiple respondents or complainants are present, or where fact-based questions raising first amendment defences, such as those regarding gripe sites and personal sites, are at issue.

A district court in the US has established another useful marker on the new gTLD landscape regarding legal rights objections (LROs). This RPM allowed brand owners to challenge an application for a new gTLD during ICANN’s evaluation process, which is now complete.

Del Monte was one of the first cases where a US court grappled at length with a challenge to a successful LRO. In Del Monte, ownership of the ‘Del Monte’ trademark was split geographically. The plaintiff, Fresh Del Monte, applied for the .delmonte gTLD. Its application was defeated by an LRO from the US company Del Monte Corporation.

Unhappy with the result, Fresh Del Monte sought declaratory judgment (i) that it had valid rights in the ‘Del Monte’ mark; (ii) that it had not violated the Anticybersquatting Consumer Protection Act; (iii) that registering the .delmonte gTLD would not create a likelihood of confusion; and (iv) that Del Monte Corp should withdraw the LRO.

The court dismissed the case, on the grounds that it lacked subject matter jurisdiction and that Fresh Del Monte’s claim lacked a cognisable legal theory as a basis for relief.

The Del Monte ruling notwithstanding, only a few LROs have been sustained, possibly due to the very high burden of evidence to overcome. Even in cases where there are legitimate competing users of the trademark in different territories, the LRO will not necessarily be successful. Brand owners that have not applied for a gTLD may need to factor this in for future application rounds, along with any changes that ICANN may consider making to the LRO process.

Of the 1,409 uncontested gTLD applications, 600—around 45 percent—were for brands. However, only several of these branded gTLDs have been delegated, because many trademark owners are unwilling to sign a contract with ICANN until there is a version of the registry agreement (RA) that better addresses core concerns about the control of their ‘branded space’. It is hoped that this acceptable modified RA version will be available shortly.

A proposed ‘specification 13’ to the RA, negotiated with ICANN by the Brand Registry Group and supported by INTA and ICANN’s Intellectual Property Constituency, would make three important changes to the standard RA for qualifying ‘dot brand’ applicants:

Provide a safeguard against immediate re-delegation of the gTLD by ICANN, should the brand owner applicant cease to operate the registry. This would require a two-year cooling off period during which the gTLD may not be delegated to a successor without the brand owner’s consent;

Exempt the brand registry operators from complying with the registry code of conduct, which is intended to ensure certain safeguards for consumers in open registry spaces; and

Allow a dot brand to use one or more registrars of its choice rather than requiring equal access to be given to all.

The public comment period on the draft specification 13 closed at the end of January 2014. While the majority of comments submitted were supportive, a number of parties, including INTA’s Internet committee, suggested slight improvements to the definition of a ‘dot brand’ and therefore greater clarity on the registries that would benefit from these safeguards.

The expansion of the gTLD space has also increased the range of new stakeholders that have an interest in ICANN’s structure and operation. For many businesses, cities, and social and linguistic community groups, this is the first time they have been actively engaged with ICANN and Internet governance. For some, the desire to have a greater voice may be a contributory factor in deciding to apply for a gTLD, as ICANN’s structure has been weighted towards its contracted business partners, such as gTLD registries and registrars. The governance structure will need to evolve to properly reflect the global interests of its new constituents.

The Generic Names Supporting Organization is about to undergo a review by ICANN’s board structural improvements committee. Given the range of new stakeholder interests, it would be helpful if this review considered how properly to integrate them into the structure. Some are even suggesting it is time for a completely fresh slate.