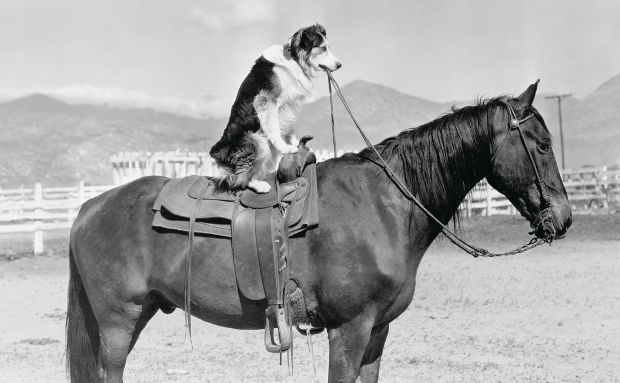 Most discussion about rights protection mechanisms under the new gTLD programme has focused on the mandatory measures, but several individual registries are providing their own forms of defence, as TB&I finds out.

The battle to protect trademarks under the new generic top-level domain (gTLD) programme has been long and arduous. IP owners, led by a fear of mass cybersquatting under a vastly increased domain space, have fought tirelessly for a set of suitable rights protection mechanisms (RPMs).

As it stands, rights owners will use a Trademark Clearinghouse—not an RPM itself but a centralised trademark database that provides access to sunrise and trademark claims periods, which assist IP owners with brand protection. There are two new dispute resolution mechanisms, one dealing with clear cut cases of cybersquatting and the other with registry misconduct.

The RPM debate has focused mainly on these mandatory measures, seen as the bare minimum for protecting rights. Fewer eyes have gazed down on the defensive systems that individual applicants, especially those planning to operate open registries—those open to anyone—have created.

Take Donuts Inc. The company shocked everyone when it filed 307 gTLD applications, all of them open for public registration, at a cost of nearly $57 million. The domain name registry is not guaranteed to run all 307 registries, as some applications are competing with others and may require an auction to separate them, but there’s no doubting the company’s resolve.

Donuts has proposed eight extra RPMs, two of which are prominent. The first is the domain protected marks list (DPML), which will block domains containing trademarked terms across all of the company’s registries. After validating a mark, Donuts will block both exact matches and domains containing marks plus other words. The costs are not yet clear, but the company says they will be significantly less than the cost of registering a mark across all the company’s registries.

“Trademark owners have asked for this,” says Jon Nevett, co-founder of Donuts. “We have spent a lot of time talking to IP owners and law enforcement, working out what meets their needs. The DPML came up time and time again as a helpful tool for protecting marks. We have a strong suite of measures that go above and beyond the required RPMs and those in .com today.”

Like Donuts, Minds + Machines is another big gTLD player. Elaine Pruis, chief of registry operations, says the company, which has applied for 87 open domains, may offer a similar blocking service across all its registries. It will apply only to exact matches, not trademarks plus other words.

“There will be costs involved,” she says. “It is not our business to earn money on trademark registrations or trademark blocks. It is much more lucrative selling domain names to people who actually want to use them. We’re talking to big marks holders such as Nestlé about what makes the most sense for their particular brand protection strategies, and are being flexible about what companies are looking for.”

Analysing the blocking systems, Ben Anderson, head of new gTLDs at brand protection company NetNames, says on the face of it they are exactly what IP owners are looking for and that other registries should be taking a similar proactive approach.

“MANY VIEW THE CLEARINGHOUSE AS A SOLUTION TO A PROBLEM—BUT IT IS ONLY A MECHANISM FOR PARTICIPATING IN SUNRISES OR IN EXTENDED CLAIMS.”

In theory, he may be right: the option to block marks across scores of open gTLDs sounds attractive. But in practice, there may be a caveat. Brian Winterfeldt, partner at Steptoe & Johnson LLP, notes that IP owners may only benefit from blocking if the price is right. “It’s hard to know how effective these blocking mechanisms will be without knowing the price, as the mechanism is only effective to the extent that brand owners use it.”

He adds: “A blocking mechanism, similar to the globally protected marks list (a proposed but rejected RPM), however, is something that brand owners have been seeking throughout the new gTLD programme and, if inexpensive enough in relation to defensively registering domain names in each registry, it could be quite effective. This is particularly true of Donuts’ ‘trademark plus’ mechanism.”

Adding another note of caution, Anderson says the DPML may pose problems for two parties claiming rights to the same name. “A prime example is ‘polo’—if Ralph Lauren wants to block ‘Polo’ but Volkswagen wants to use it, who has the right?”

Donuts' second prominent RPM is the ‘claims plus’ service, which will send warnings to registrars whose customers try to register a domain incorporating a Clearinghouse mark. The service will start running once the Clearinghouse’s own claims service, which sends warnings to suspected bad actors, possibly for up to 90 days, grinds to a halt. Claims plus is essentially an extended warning system but it will stay open for at least five years after a registry opens. Donuts expects the service to cost nothing or very little.

Anderson is happy that Donuts will send cybersquatting warnings for five years, adding that its extended programme will apply to half of all the open gTLDs on the Internet (if Donuts runs all 307 registries).

But while the service might help to mitigate cybersquatting to a degree, some fear that sending warnings will not have a significant deterrent effect on bad actors, not actually stopping them from registering trademarked domains.

“Donuts’ claims plus is an extension of the claims service under the Trademark Clearinghouse, and you have to look at what the Clearinghouse is—it’s nothing more than a database that sends warnings to two independent parties. The Clearinghouse is not going to stop cybersquatting—it’s going to alert you to the fact that it is happening much more quickly than conventional means would,” Anderson says.

“Many view the Clearinghouse as a solution to a problem—but it is only a mechanism for participating in sunrises or in extended claims. It should never be used as a rights protection. There is still a lot of confusion about what the Clearinghouse actually does, so it is hard to understand what benefit IP owners gain from it. If you want to participate in sunrise launches, then you should register in the Clearinghouse. If you don’t, there are cheaper and more effective ways to monitor trademark infringement online,” he adds.

Given this general uncertainty about blocking and warning systems, Minds + Machines’ proposed dispute resolution might bring better news for brand owners. The system will join the current Uniform Domain-Name Dispute-Resolution Policy (UDRP) and the pending Uniform Rapid Suspension Policy (URS), allowing a mark holder to file a complaint with an ombudsman, who will assess it for free.

The ombudsman will then make a ruling and if the parties agree with it then Minds + Machines will implement it. If they disagree, the parties can move on to use the UDRP, URS or the court system.

“A ZERO TOLERANCE ANTI-ABUSE POLICY WILL BE DRAFTED AND WILL PUT ON NOTICE THOSE REGISTRANTS WHO SEEK TO REGISTER DOMAINS FOR ABUSIVE PURPOSES.”

“This has been used very successfully in the country-code TLD space and I am excited to see it implemented in the gTLD space,” says Pruis. “People always probe the system for what’s going to be allowed [cybersquatting]. Our approach is to take care of that immediately— we won’t wait until there’s a UDRP ruling and we have very aggressive policies to deal with names that violate our policies. When you act swiftly and strictly, people move on to try somewhere else.”

Radix is another company that has applied for more than a handful of gTLDs. Owned by Indian web company Directi, the firm has 31 applications, one of which is for the highly contested .web domain, which many believe will be very popular with consumers.

Aman Masjide, manager of compliance and abuse mitigation at Directi, says the firm is still brainstorming ideas about which extra RPMs to implement but, like companies such as Donuts and Minds + Machines, it is committed to removing repeat cybersquatters from the system.

“This will require a lot of automation and analysis within the existing portfolio at the registrar level. As a registrar we have more than a million registrants and 65,000 resellers. We maintain abuse ratios for each of these entities and keep a check on acceptable limits set internally. We study registration patterns that reveal known offenders, groups and networks that intentionally register rogue domains. Our experience with this process will make it simple for us to adopt a similar process at the registry level.”

Masjide adds that his company is vastly experienced in mitigating trademark abuse and its zero tolerance procedures and aggressive proactive takedown measures have resulted in a ‘white hat’ reputation for discouraging abusive registrations.

“We intend to follow the same approach with respect to our registry operations. A zero tolerance anti-abuse policy will be drafted and will put on notice those registrants who seek to register domains for abusive purposes. The policy will be made available on the registry website along with appropriate contact information for reporting abuse.”

Scrutinising bad actors and drafting zero tolerance policies will surely be welcomed by brand owners. But, as they have shown throughout the building of the new gTLD programme, they want solid, pre-emptive RPMs.

“It is true that the Applicant Guidebook [a comprehensive guide to new gTLDs] contains no pre-emptive RPMs—mandatory or otherwise”, says Winterfeldt. “That is what brand owners are looking for: something pre-emptive to vitiate the need for defensive registrations larded with unwanted domain names.

“Because, combined, the Donuts and Minds + Machines applications comprise such a large number of bids, their pre-emptive blocking mechanisms are potentially a very effective and cost-saving addition to the current arsenal of RPMs.

"The blocking mechanisms give the companies an alternative option to sunrise registration on a TLD-per-TLD basis. Again, it would be important for Donuts and Minds + Machines to commit to PIC specs on their applications to ensure that brand owners can trust they will be implemented as described in the applications.”

As we have seen, the potential effectiveness of blocking systems and the extended trademark claims period is unclear and disputed. However, individual registries are clearly offering a helping hand and with the first of more than 1,400 new gTLDs set to launch this year, brand owners might need all the help they can get.