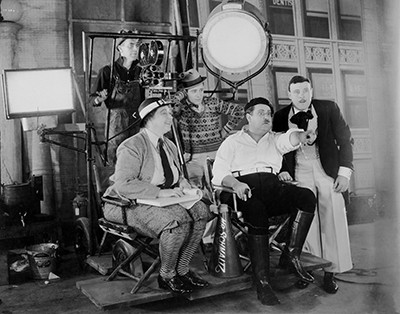 ‘Yooview’, ‘Channel Me’ and ‘MyView’ are some of the potential new names for YouView TV should the internet TV service have to rebrand following two trademark cases, as Sharon Daboul explains.

Two recent trademark decisions spell bad news for YouView TV Ltd in litigation battles over use of the trademark ‘YouView’ in the EU. Unless it can reverse a UK High Court decision, the £100 million ($165.8 million) internet TV service will be forced to change its name. However, its continued use of the YouView name in the market, and a vow to appeal, mean the saga is far from over.

Total Ltd, a firm providing mostly business-to-business telecommunications services and based in Cheltenham, UK, adopted ‘Your View’ as the name for its interactive billing platform in 2007. Two years later it registered the trademark in the UK for goods including “databases” and services including “telecommunications”.

YouView, an internet TV company, has shareholders consisting of a mix of broadcasters and telecoms companies that launched in May 2012. It is a joint venture between the BBC, ITV, Channel 4 and Channel 5, and BT, TalkTalk and Arqiva, allowing viewers to receive digital TV and radio programmes through a set-top box.

In 2010, Total successfully opposed an application by YouView to register six versions of its name in the form of a series of trademarks. The rejection of the opposition, which had been filed at the UK Intellectual Property Office (UKIPO), was appealed to the High Court but was dismissed.

Despite a lack of success before the UKIPO, YouView continued to sell its set-top boxes and associated programming services, and invested in a nationwide advertising campaign. Total then sued for trademark infringement.

In the ruling by the Chancery Division of the High Court, handed down on June 16, 2014, the court agreed that Total’s trademark had been infringed by this continued use. Additionally, YouView unsuccessfully counterclaimed that Total’s trademark for ‘Your View’ was invalid. YouView’s main argument was that the specification of Total’s registration was not identified with sufficient clarity and precision, particularly in respect of “databases” in classes 9 and 35, and “telecommunications services” in class 38.

Justice Sales stated: “It is to be expected (indeed it is practically inevitable) that most if not all specifications of goods and services will have some element of uncertainty at their margins since one is using concepts expressed in short words or formulations to apply to fields of often complex and variable activities.

"If it can successfully challenge the court’s assessment of the average consumer for both marks, YouView may be able to tip the balance in its favour."

“The CJEU [Court of Justice of the EU] in IP Translator clearly did not mean that any degree of uncertainty of application of a word or phrase in a classification relating to a mark would mean that registration for that trademark would be refused.”

The test for a successful trademark infringement action is whether there is a likelihood of consumer confusion, rather than actual instances of confusion on the part of the public, and the court considered whether there was a real possibility that the companies could compete.

In finding overlap between the relevant goods and services, the court said it was highly relevant that large communications companies had invested in developing the YouView service. Around 95% of YouView set-top boxes are supplied to customers as part of bundled services from the telecoms companies that have invested in YouView. In the judgment, Sales said it was the goods and services specified in Total’s trademark registration that were compared against YouView’s use—how Total had used ‘Your View’ in practice as an online billing platform was not relevant. The marks were also found to be orally and conceptually similar.

The court decided that that there was a strong likelihood of consumer confusion between the marks ‘Your View’ and ‘YouView’. It was significant that the commercial partners behind YouView included the telecoms companies BT, TalkTalk and Arqiva, against whom Total competes. The judge found that this supported a general convergence of the television and telecoms industries, with providers routinely offering a mix of internet, telephone and television services. All of this contributed to a finding that the marks were “confusingly similar”.

Following the decision, YouView publicly stated that it planned to appeal on the basis that there is no likelihood of consumer confusion between its product, which is customer-facing, and Total’s product, which is mostly business-to-business focused.

The assessment of a likelihood of confusion must be based on the perception that the relevant public (the most likely end user) has of the products at issue. In its appeal, YouView is likely to plead that the court erred when finding that the average consumer of Total’s product is also a potential customer of YouView.

If it can successfully challenge the court’s assessment of the average consumer for both marks, YouView may be able to tip the balance in its favour. If it does appeal on this basis, we could expect YouView to claim that Total’s customers are professional customers only. If the typical consumer of Total’s product is deemed to be a specialist business customer rather than the public at large, it would be harder to find a likelihood of confusion between the trademarks. This is because the professional public is likely to display a higher level of attention than the average consumer when purchasing the product.

The problem with this argument is that the court will look at the specification of the ‘Your View’ trademark registration, which is fairly broad, rather than its use in the marketplace.

Meanwhile, Total has indicated that it will pursue an injunction to prevent further use of the YouView name.

In a separate case, YouView TV applied to register the mark ‘YouView+’ as a Community trademark in September 2011. A Belgian video production company called You-View.tv opposed the application on the basis that there would be a likelihood of confusion with an earlier registration in the Benelux for the following trademark:

The decision stated that the opposition was unfounded because the opponent had failed to prove its entitlement to file it and the deadline to submit evidence of ownership had passed. You-View.tv appealed, filing evidence that it had become a public limited company but the Benelux registry had not been notified of this. The fourth board of appeal dismissed the appeal, saying OHIM had no discretion to take into account evidence that had been submitted late.

However, in a ruling dated July 1, 2014, the General Court of the EU annulled the earlier decision and OHIM was ordered to pay costs. The court found that OHIM did have the discretion to decide whether to take account of facts and evidence regarding ownership of the trademark that had been submitted after the deadline.

It is likely that the case will be remitted back to the opposition division for consideration of the merits of the opposition by You-View.tv against YouView, and there appears to be sufficient similarity between the marks and the respective goods and services for YouView to be concerned.

These cases remind us that registered trademarks offer powerful protection to applicants seeking to protect their legitimate interests, regardless of the size of the respective parties; YouView is much larger and better-funded than its two opponents.

We are also reminded of the importance of conducting trademark clearance searches in all relevant markets before investing in, and launching, new brands. Practitioners should encourage their clients to seek a formal opinion on the availability of their new trademark before applications are made. It is far more expensive and inconvenient to rebrand after a product has been launched in the market.

The first case reminds practitioners to carefully consider the goods and services to be listed in an application. The judgment refers to the likely continuing convergence of telephone, telecoms, data transmission, and video and TV streaming services. Brand owners in these industries are also advised to review existing protection and ensure it covers their plans.

In the internet age, services that were once very far apart are now being brought together, and co-existing brands that were once operating in seemingly separate industries are now at risk of being used in a way that could lead to a risk of confusion among consumers.

Despite these rulings, YouView continues to use its product in the marketplace, recently launching a faster and more compact set-top box offered at a lower price-point. It has also stated its intention to appeal the Total decision, and submit evidence and observations in response to the opposition by You-View.tv.

There have been no public moves to rebrand yet, although YouView TV also has trademark registrations for ‘Yooview’, ‘Channel Me’ and ‘MyView’, all of which are possible options should the next round be unsuccessful.

It can be difficult to measure the full cost of a rebrand, as YouView will need to carefully leverage its existing brand equity and goodwill into any new name it selects. No doubt a new marketing drive could extend to millions of pounds. Nearly £30 million was spent on advertising and marketing the YouView brand from its launch until the end of 2013.

YouView took the high-risk approach of proceeding to invest in and launch its brand before clearing the trademark registration. While recent decisions have placed it on the back foot, it is clear the company will not give in to a costly rebrand without more of a fight.

Sharon Daboul is a trademark attorney at EIP in London. She can be contacted at: sdaboul@eip.com