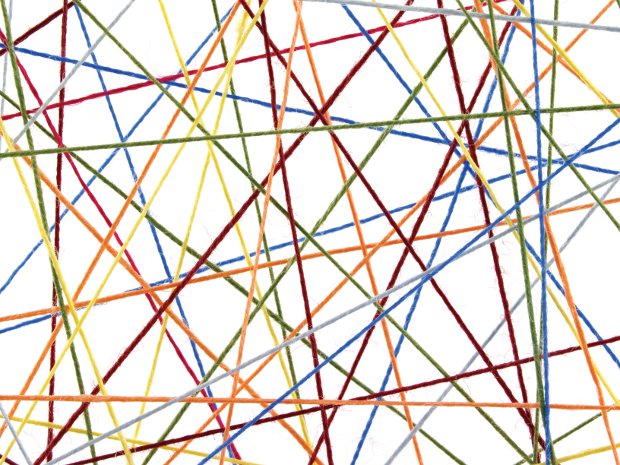 Jonathan Cohen provides an update on the new gTLDs, and explains how the problem of strings with multiple applicants can be effectively resolved.

At the ICANN meeting in Prague in June, the universe unfolded as it should.

The list of applied-for new generic top-level domain (gTLD) strings was announced shortly before the meeting on June 13, 2012. To the surprise of many observers, almost 2000 applications were filed. Also interesting was the large number of identical strings sought by a number of applicants, totalling 230, and involving more than 750 applications (an average of roughly three applicants per identical string).

Where there are many applications for identical or confusing gTLD strings, the string contention procedures outlined in the Applicant Guidebook will determine which applicant will be delegated the applied-for gTLD. Assuming that no community-based applicants apply for community priority evaluation, the dispute resolution mechanism of last resort will be auction of the gTLD to the highest bidder.

In many ways, the Prague ICANN meeting was one of the quietest in many years, as applicants focused on strategies for being successful in their bid for new gTLDs.

It became clear that some applicants had already invested tremendous sums in the programme, with some having applied for 75 or more separate strings at an upfront filing cost of $14 million or higher, and rumours swirled of applicants having bankrolls of up to $100 million available to invest in the process of obtaining their desired strings should it be necessary to compete via auction.

There was an initial 60-day period during which the public could submit their first comments to the evaluation panels on applications that were submitted during this first round of new gTLD applications, which has now been extended by an additional 45 days, closing on September 26, 2012. A number of groups requested, on reasonable grounds, that this period be extended to accommodate consideration of the larger-than-expected number of applications.

This comment period provides the public with an opportunity to express support (or otherwise) for the applications, or particular applicants, which will be considered by evaluation panels as part of the application process.

Several groups interested in the protection of trademark rights are using this opportunity to review and comment on applications on the basis of the strength of rights-protection mechanisms, Whois specifications, and other indications of intentions to generally support the rights of brand owners.

Comments on objection grounds, including string confusion, legal rights, limited public interest, and community grounds, as set out in the Applicant Guidebook, will also continue to be accepted for the next few months.

In some cases, negotiations towards the resolution of string contention may result in a situation where ‘money talks and others walk’, with one applicant effectively buying out the rest, eliminating the need for an auction, and then being able to control the TLD alone. String contention is eliminated by one or more applicants withdrawing their applications.

Other applicants may find a way to reconcile their differences and successfully come to an agreement whereby multiple applicants manage and use the sought-after TLD. Such an agreement may consist of promoting the application of a selected applicant, with the understanding that those partnered with the successful applicant will be entitled to a level of involvement in the management of the new gTLD.

Agreements of this sort are possible where a generic gTLD lends itself to a community-based approach to management, whether or not the applications were filed as such.

"New gTLDs secured by groups of applicants may be effectively divided among these parties, each hypothetically having the ability to use the gTLD as part of a consortium of owners."

Where negotiations for multiple applicants to own and run a TLD occur, dividing rights among applicants can be challenging. New gTLDs secured by groups of applicants may be effectively divided among these parties, each hypothetically having the ability to use the gTLD as part of a consortium of owners. However, there may be differences or conflicts in views regarding how the TLD should be organised or controlled.

As an example, many applicants could have applied for the generic TLD .learn (but did not). It is conceivable that one such hypothetical applicant could intend to use this TLD commercially for the promotion of schools,colleges, and universities.

Other applicants might plan to dedicate the TLD to the pursuit of knowledge in general, to encourage students to pursue careers in particular areas, to encourage libraries to collect information, or to make education accessible in a particular field, to name a few examples. These conflicting views are difficult to reconcile among applicants, particularly where an applicant’s purpose in acquiring a gTLD is primarily commercial as opposed to charitable.

Over the coming months, it will be interesting to watch the jockeying and objections by applicants and others. However, the position of the Governmental Advisory Committee (GAC) on various applications will also be notable. The GAC comprises national governments, governmental organisations and distinct economies, and is an adviser to the ICANN Board on public policy issues, particularly those pertaining to national laws and international agreements.

How the GAC plays out in its advisory role over the expansion of the domain name system will be not only interesting but crucial to the success of the new gTLD programme. Particular attention must be paid to the advice of the GAC, and the public must ensure their views are heard by contacting their country’s representative.

ICANN has always been politically charged, and never more so than now. The International Telecommunication Union (ITU), United Nations, Global Internet Community and others remain divided about the role ICANN should play in the expansion of the Internet,including who should control the Internet Assigned Numbers Authority (IANA) function. These issues have slipped below the radar given the current blinkered focus on new gTLDs, but are forgotten at the peril of ICANN and others.

At the next ICANN meeting in Toronto, Canada in October 2012, in addition to further applicant negotiations, the project plan for the second round of new gTLDs will be discussed, as well as matters that continue to be important to brand owners, such as the status of the uniform rapid suspension (URS) and the Trademark Clearinghouse.

Jonathan C. Cohen is the senior managing partner of Shapiro Cohen in Ottawa, Canada. He can be contacted at jcohen@shapirocohen.com