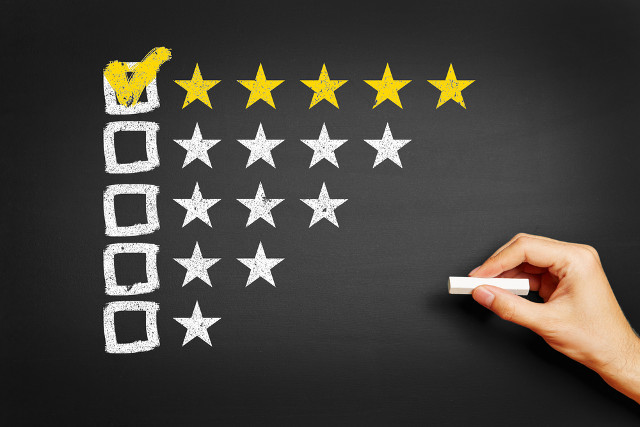 The rise of vloggers—video bloggers—has attracted the attention of brands. However, despite the benefits an internet celebrity can bring to a brand there are also dangers. Dan Smith and Mathilda Davidson of Wragge Lawrence Graham & Co discuss why now is the time for advertisers to make sure they have their houses in order.

Vloggers are the new celebrities. Names like Zoella, Alfie Deyes and Dan and Phil may not be familiar to older generations, but they attract millions of subscribers to their YouTube channels and have used their fame as launch pad for everything from novel writing to DJ slots on national radio.  The vlog—video blog—format and the accessibility of YouTube allows them to build trusted relationships with huge numbers of young people, as that same demographic turns away from traditional media.

None of this has gone unnoticed by brands and vloggers have been signed up to lucrative endorsement relationships, earning significant sums just for mentioning a product in their videos.

Consumers may treat a brand or product mentions from trusted vloggers like a personal recommendation from a friend. They may also turn to the wealth of online reviews, available on Amazon and elsewhere, from purchasers of the same product. These sources of information can be enormously valuable in assisting consumers to make an informed purchase decision. But if a seemingly independent vlogger opinion is, in fact, paid-for, or if reviews turn out to be fake, then there is significant potential for consumer harm.

In the UK, the regulators were perhaps slow to respond to this new reality but are now showing a very active interest. The Advertising Standards Authority (ASA), which administers the UK self-regulatory system, has made a number of landmark rulings against well-known brands. Meanwhile, the Competition and Markets Authority (CMA), the main UK competition and consumer protection body, is currently engaged in an investigation into the use of online reviews and endorsements. There is a risk of being named and shamed, or more serious sanctions, in the offing for non-compliant brands.

Like all digital marketing content directed to UK consumers, reviews and endorsements are potentially subject to the UK Code of Non-Broadcast Advertising (CAP Code) and the Consumer Protection from Unfair Trading Regulations 2008 (CPRs). Among other things, the CAP Code requires all advertising content to be obviously identifiable as such and not to be misleading. Various sales practices, including misleading acts and omissions, are prohibited under the CPRs.  In particular, posing as a consumer (for example, by posting a fake online review) and using editorial content in the media to promote a product, where a trader has paid for the promotion and that has not been made clear, are both blacklisted practices.

The UK Advertising Standards Authority (ASA) handles complaints about ads directed to UK consumers. The ASA operates primarily on a name and shame basis, publishing weekly adjudications which are often picked up by the press. The CMA and Trading Standards enforce the CPRs and have a very broad range of enforcement powers and sanctions at their disposal, up to and including criminal prosecution.

When brands get it wrong

The last twelve months has seen two high profile adjudications where brands were tripped up by a failure to properly identify vlogs as advertising content.

Late last year, confectionary company Mondelez was caught out when it partnered with a number of prominent vloggers to produce promotional You Tube videos for Oreo cookies. The video which hit the headlines featured vloggers Dan and Phil staging an "Oreo lick race"—licking off the filling from the inside of the biscuit as quickly as possible.

The video was very similar in style and content to Dan and Phil's usual vlogs and was distributed via their YouTube channel. However, in this case, the ASA found that Mondelez had not only paid for the videos to be produced but had also had a degree of editorial control over the content.  The regulator therefore concluded that the videos should have been clearly labelled as advertising. The ASA went on to find that in-video statements expressing "thanks to Oreo for making this video possible" were not sufficiently clear or timely, saying, in particular, that brands must make consumers aware that content is advertising before they decide to view it.

In May 2015, cosmetics company Max Factor was criticised for not making sufficiently clear that it owns and operates the "Beauty Recommended" YouTube channel. The channel carried videos featuring a model vlogger talking about Max Factor products but was not obviously Max Factor branded, though Max Factor had editorial control over all content. The ASA held that the tag line "Sponsored by BEAUTY RECOMMENDED, brought to you by Procter & Gamble" did not make the nature of the videos clear and again found that clear disclosure must be made before consumers open and watch any content.

Following the ruling, all Beauty Recommended videos are now marked #ad, which has not helped the look of the channel from a brand perspective.

In August, the ASA's sister body, the CAP, issued updated guidance on the responsibility of bloggers, vloggers and the brands that work with them to identify promotional content clearly.

Wider action by the CMA

Non-compliant advertisers do not only face the possibility of a 'slap on the wrist' from the ASA—the CMA is also using its consumer protection powers to conduct an investigation into the use of online reviews and endorsements.  The CMA is the UK governmental department responsible for promoting competition and consumer interests in the UK economy and has extensive powers to require brands to take corrective action and impose fines.

Following a consultation earlier in the year, the CMA published the interim findings of the ongoing investigation in June.  It estimates that more than half of UK adults (54%) use online reviews, and that 6% use blogs or vlogs before making purchases.  And that across the six sectors surveyed (travel and hotels, books, home improvements, electronics, beauty and male grooming and CDs, DVDs and music) approximately £23 billion ($35 billion) of UK consumer spend was potentially attributable to online reviews.

"If a seemingly independent vlogger opinion is, in fact, paid-for, or if reviews turn out to be fake, then there is significant potential for consumer harm."

Overall, the CMA found that consumers find reviews and endorsements helpful and base decisions to purchase on them. However, it identified the following concerning practices:

1)  Brands or other businesses writing or commissioning fake positive reviews for their products or services;

2)  Brands, other businesses or individuals writing or commissioning fake negative reviews for a competitor's products or services;

3) Review websites cherry-picking positive reviews without informing readers that only a selection of reviews are being presented;

4) Review sites' moderation processes preventing negative reviews from being published—for example, because the negative review contained a customer complaint that has subsequently been resolved;

5) Brands or other businesses paying for endorsements online without disclosing properly that the content is paid for.

The CMA has opened an investigation into a number of businesses and is assessing whether to take further enforcement action against the problems it has identified.

What should brands do?

In the meantime, the CMA has also issued interim guidance to brands using this kind of content.

If your brand site hosts reviews (of your own products or services or anyone else's):

If your brand is being reviewed:

If your brand is linking up with a blogger or vlogger:

The CMA investigation is continuing and the UK regulators have made clear that they will take further enforcement action where they believe advertisers are not being transparent about the nature of vlog content or reviews.

Regulators in other territories have similar concerns—in the US, for example, Sony and Deutsch LA settled with the FTC after using agency employees to build 'buzz' about the Playstation Vita through their personal Twitter accounts, without making their connection to the product clear.

And it's not just a question of regulation—a lack of transparency in labelling advertising content, or an association with fake reviews, can damage brand and reputation. Consumers viewing a vlog, who later discover that they have been unknowingly exposed to advertising, are likely to feel deceived.  Similarly, being revealed to have commissioned, or even just hosted, fake reviews, impacts on a brand.  Such concerns are likely to be behind Amazon's recent decision to launch legal action against unnamed individuals it believes are responsible for fake reviews in the US—to send a clear warning to those writing, or tempted to make use of, fake reviews and to seek to preserve consumer trust in both the Amazon name and the content on its sites.

Both from a regulatory and a reputational point of view, these are issues which brands with a digital presence need to be alive to. If they are to avoid bad publicity or other sanctions, brands would therefore be wise to ensure that the vloggers and agencies they work with and their own employees are fully appraised of the rules and that they have the necessary contracts, guidelines and moderation policies in place.

Dan Smith is a director and head of advertising and marketing law at Wragge Lawrence Graham & Co. He can be contacted at: dan.smith@wragge-law.com or on Twitter via @AdLawUK

Mathilda Davidson is a senior associate at Wragge Lawrence Graham & Co. She can be contacted at: Mathilda.davidson@wragge-law.com