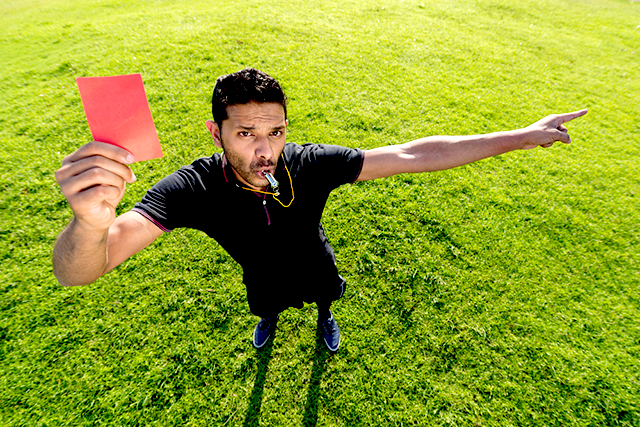 The FIFA World Cup in Brazil is set to attract more than one million football fans this summer, but they must be wary of being duped by websites selling fake tickets, as Stuart Fuller explains.

2014 promises to be another great year of sport. This summer we have the FIFA World Cup in Brazil and the Commonwealth Games in Glasgow. The feel-good factor generated by the 2012 Olympic Games in London has already been felt in Scotland, where more than 90 percent of tickets for the 11-day Commonwealth Games have been sold already. The expectation of a complete sell-out is on the cards.

Technology has made ticketing for major events much easier. Barcodes and Q-codes provide security, and allow a ticket’s authenticity and a holder’s identification to be verified. Print-at-home technology means tickets bought on the other side of the world can be in your hand within seconds, significantly reducing the handling and administration costs of ticketing events as well as the number of issues that arise when tickets go astray.

But unfortunately, technology has also helped to drive up the number of criminals who see big events as an opportunity to make big bucks. A decade ago, major events, concerts and shows were blighted by touts who would acquire tickets at knock-down prices from corporate sponsors that had little interest in attending them, before selling the tickets at inflated prices outside venues. Many of us have stories of picking up bargains in this way, only to see the name of a multinational company on the ticket. During the 2006 World Cup in Germany, there were stories of football fans buying tickets outside one stadium for seats that were actually in the highly-secure area reserved for VIPs and visiting foreign dignitaries.

For the big events such as the FIFA World Cup, rogue ticketing companies launch websites every week, listing events where demand far outstrips supply, taking people’s money, and never delivering any goods. They have a window of opportunity to make their cash thanks to the delays in dispatching the official tickets. For most events, tickets are not printed and dispatched until around 60 days before an event, by which time the criminals have packed up and more than likely moved on to the next big event.

According to a report issued by the City of London Police this year, more than 1,000 ticket touts responsible for contributing more than £40 million to organised criminal networks every year are based in the UK. Unfortunately, the recovery of that cash is virtually impossible. One in seven of us has been unwitting victims of bogus ticketing websites, said the report.

Organisations such as FIFA, The International Olympic Committee and the Lawn Tennis Association spend hundreds of thousands of pounds trying to prevent both genuine tickets falling into criminal hands and rogues setting up businesses to commit fraud. In the run up to the 2012 London Olympic Games, a specialist police unit, known as Operation Podium, was set up to great effect. In the 18 months before the Games began, the team shut down a number of high-profile websites that had been offering fake tickets. Criminal charges were imposed on the men behind the scams.

Despite there being only one authorised ticket seller in the UK, the Operation Podium team identified more than 200 unauthorised websites and eight that were set up specifically for fraudulent purposes. Unfortunately, with tickets for events so scarce, buyers were forced on to the secondary market, creating favourable conditions for fraudsters, especially those who had well-designed websites, or whose sites ranked highly on search engines or mimicked the official website. One high-profile case involved the website, http://2012-londonsummergames.com, which allegedly defrauded more than 400 people out of €500,000 in just five weeks. The site’s owner was sentenced to four years in prison in 2011.

In addition, the ticketing team behind the London Olympics, headed by Paul Williamson, took the unusual step of contacting the more commonly known ticket touts in the UK. The team made it clear that the touts’ presence would be very unwelcome at any Olympic events and that the full force of the law and tax authorities would be used if anyone was found plying their trade during the Games. In total, 220 arrests were made during the Olympic and Paralympic Games in London, with an almost zero tolerance approach taken that certainly deterred many from chancing their arm.

The Operation Podium team conducted 19 separate operations designed to identify and shut down fraudulent websites selling tickets for a variety of events in the UK.  While there is legislation to prevent the reselling of many different types of sporting tickets, other events are not so lucky. Two years ago, the pop band Take That announced a series of concerts to mark their reunion. The police knew of a small number of unlicensed websites that were planning to offer tickets, but within hours of the tickets becoming available officers were tracking hundreds of new websites, all offering tickets. Unfortunately, the vast majority of these were fake and were only shut down after damage had been done, such as the stealing of fans’ money and the damage to the band’s reputation. The authorities are already predicting that the current craze around One Direction, another popular band, will see hundreds more websites pop up as the group’s sell-out world stadium tour kicks off in a few months.

In June, the eyes of the world will be firmly on Brazil, which will be hosting the 20th FIFA World Cup. To date, more than 1.1 million tickets have been sold through official channels, with a number of further phases to come. Once again, huge demand coupled with scarce supply means football fans heading to Brazil will risk finding alternative methods to get their match tickets. A simple search for the term “Brazil World Cup Tickets” on Google throws up more than 38 million results, with some organisations that have no official link to FIFA or the organising committee stating that they can “provide authentic tickets for all games” or “guarantee best tickets”.

The danger here is that official tickets will not be produced until close to the start of the tournament, which means fake ticketing websites will have already collected hard-earned cash from unsuspecting football fans and disappeared into the virtual wilderness before buyers realise that they have been duped.

In previous tournaments there was a way to acquire tickets through a travel package.  Many organisations hedged their bets that they would receive tickets closer to the tournament and sold expensive travel packages to desperate fans. In many instances the flights and hotel bookings were real, but the tickets never materialised.  Some travel companies were victims just as much as the individuals, never receiving the tickets that they had paid for. However, many simply used the cover of adding the extra value of travel to line their pockets even more. For the FIFA World Cup in Brazil this year, there are no official travel package partnerships and therefore no organisation is allowed to offer a package of travel and tickets.

Despite promises to crack down on fake tickets, there hasn't been a major tournament in recent memory where you couldn't pick up sponsors’ tickets in the run up to kick off outside the stadium. At the 2004 European Championship in Portugal, I collected almost the full set of ‘official’ sponsors’ names on tickets I had bought outside the stadiums, right under the noses of the police. The memorable TV adverts before the 1998 World Cup in France or the 2000 European Championship in Holland and Belgium of the lone England fan being turned away at the gate because his name didn't match what was on the ticket, was a romantic notion. In reality, the queues and chaos getting into the grounds meant no security checks could take place. However, at the 2006 World Cup in Germany I was actually asked for identification after turning up late for a game. At another venue during the same tournament, I asked about spare tickets at the official ticket booth but was pointed in the direction of the corporate entrance and told to ask people outside there.

Before the last World Cup, in South Africa in 2010, one of the most respected names on the internet, Symantec, published a report highlighting the problems major sporting events bring. It reported a massive increase in cybercrime, especially from traditional scams relating to fake competition winners in the run up to the tournament. These scams saw people desperate to watch the games explore any avenue to get their hands on a ticket.

Symantec has already highlighted a number of websites that have been designed to look like an official FIFA World Cup sponsor site in order to trick users into handing over personal details in return for the promise of big prizes. In addition, one particular company that has been featured on BBC’s TV programme Rip Off Britain is selling tickets for many World Cup games, including the highly-anticipated Germany versus Portugal game, which start selling at €599 per ticket. Ticketing expert Reg Walker, who was interviewed in the British national media in January, felt that World Cup fraud may be as high as £15 million in the UK.

Stuart Fuller is director of commercial operations and communications at NetNames. He can be contacted at stuart.fuller@netnames.com