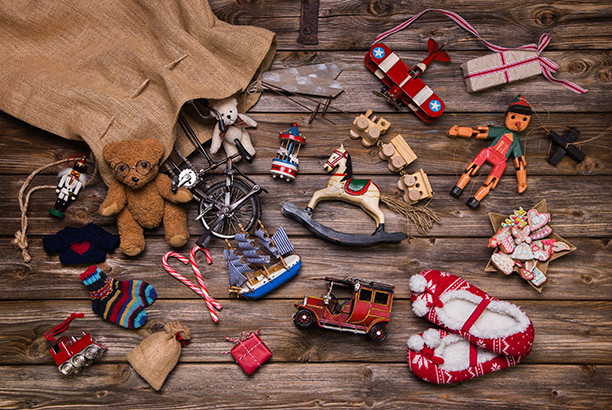 Unscrupulous shoppers and brand exploiters are part of a toxic mix that allows the online counterfeit trade to thrive, and to make matters worse, IP laws in different countries are not as flexible as the fakers when it comes to fighting counterfeits. TBO reports.

If an iPhone charger says it is a genuine Apple product and looks like an Apple product, you could probably forgive Christmas shoppers for inadvertently buying it. For online retailers, too, spotting a fake can be a burden, considering the millions of items displayed for sale at any one time. But a report from consumer rights group The Counterfeit Report argues that retailers can do more to fight the problem.

In November, the group announced the results of its nine-month investigation into counterfeit products being sold on eBay. The group found fake Apple iPhone chargers and knives brandishing the ‘Iain Sinclair’ trademark among 250 fake products that had been sold on the platform.

In response, eBay issued a statement to reassure people: “Counterfeits are illegal and not welcome on any of eBay’s sites. eBay is fully committed to combating the sale of counterfeit goods.”

eBay told TBO it wants to work with trade groups like The Counterfeit Report and other bodies such as the International AntiCounterfeiting Coalition. It said that it is “fighting the same fight” as these two trade groups.

“Counterfeit items hurt eBay’s community of legitimate sellers who trade authentic goods on eBay every day.” The retailer referred to its Verified Rights Owner Program, which counts 10,000 brand owners as members. The programme allows them to alert the retailer once they identify an infringing product being sold online.

The Counterfeit Report still felt eBay was not doing enough to combat the problem of counterfeit products sold on the platform. Writing on its website, the group said that the retailer should “put consumer protection before profits with aggressive proactive research, harsh penalties for sellers and appropriately staffed anti-counterfeiting efforts”.

The consumer rights group is not alone in its assessment that eBay could do more. Ralph Cathcart, partner at US law firm Ladas & Parry, feels there are strategies the retailer could put in place that would have a greater impact on the issue.

For instance, Cathcart believes that for every sale that occurs there should be a follow-up email to customers immediately, asking them to review the quality of the product and whether it met their expectations.

“There is feedback,” he says, “but that is different from having a protocol where there is an automatic follow-up.”

Cathcart admits, however, that the retailer has “increased preventive measures and taken counterfeiting a little more seriously” over the last five to seven years.

For him, it is important to educate consumers because “truthfully told these buyers are not all innocent people who are duped” and are often complicit in their pursuit of fakes.

“So it is not just about catching the bad guys, it is about educating as well,” he says.

For Joseph Gioconda, founder of US-based Gioconda Law, the issue of whether eBay is doing enough is a false argument because US courts have established the role of eBay as an “intermediary”. The US courts have found that “eBay is an intermediary which does not physically examine the merchandise that is sold by the many millions of sellers through its auction site.

Gioconda identifies a bigger problem surrounding counterfeiting, which goes beyond eBay. The internet largely disregards borders, streamlining global services that allow buyers and sellers to connect across multiple jurisdictions. IP laws, however, are not as flexible and Gioconda notes that “brand owners have encountered far more friction and pushback from parties that are not US-based,” he says.

It is generally agreed that counterfeiting is a bigger problem when the annual Christmas consumer frenzy comes around. Online retailers have even imported the Black Friday phenomenon from the US to the UK, which means brand owners and retailers have to be extra cautious about what slips through during November and December.

“When we do our national enforcement programme for clients we find a clear uptake in activity around Christmas,” says Cathcart. “Demand is the biggest reason,” he adds. “People are purchasing more and they are buying more”.

At Christmas, the steady stream of experienced buyers who visit online retailers is suddenly outnumbered by the “one-time consumers who aren’t as sophisticated as regular customers”, Cathcart says.

“From the mother who is searching for a brand name pair of trainers for her teenager, to the husband searching for a designer handbag for his spouse, there are millions of unsuspecting consumers who the counterfeiters set their sights on defrauding,” says Gioconda.

"counterfeiters are particularly aggressive during the holiday season, and will stop at nothing to confuse customers, from creating fake websites to hawking their fakes through legitimate retail channels."

As it gets closer to Christmas there are stories from both the US and the UK of successful counterfeit raids that demonstrate the uptick of activity in the holiday season.

In early December the UK Police IP Crime Unit seized more than 1,500 counterfeit watches and arrested three people in the Leicestershire area. In the US, thousands of counterfeit goods bearing the Nike and Louis Vuitton trademarks were found in Detroit.

Cathcart notes that the trade in infringing goods can be in the trillions of dollars’ worth. The US Homeland Security and Investigations report, IP Rights Seizures Statistics, states that had all the IP-infringing goods seized by US authorities in fiscal year 2013 been genuine, they would have been worth $1.7 trillion.

While at first glance this seems a lot, and Cathcart does concede it is “difficult to quantify”, there are methods of working out the costs. “It is usually based on what the retail manufacturer’s price would be,” he says, “but it also has an economic impact on the brand owner because it dilutes the brand and diverts from sales.”

Plus, he says, “we don’t catch every counterfeit sale. For every counterfeit item that is seized there are probably three or four that get through. I don’t think it is a useful proposition to argue that it is exaggerated. The numbers are approximates and they indicate the depth of the problem.”

Unscrupulous shoppers and brand exploiters are part of a toxic mix that allows the counterfeit trade to thrive. Whether intermediaries such as eBay are doing enough to combat counterfeits—eBay argues that they are—is still up for debate, but perhaps the recent work of The Counterfeit Report is symptomatic of a frustration among brand owners and consumers about counterfeiting.

Being able to distinguish a real item from a fake item on a computer screen can be as difficult to work out as when Christmas starts and ends. Experienced shoppers may be familiar with mimics, but one-time buyers will be less accustomed to the verisimilar nature of counterfeiters advertising their products.

There are no general guidelines for consumers to tell them when Apple means Apple, or when genuine means genuine, but consumers and online retailers can still have an active role in assisting brand owners when they are aware of counterfeit products being sold online.

Ultimately, it is the role of the brand owner, but it is also in the interest of eBay, Amazon, AliBaba and other online retailers to raise consumer awareness about fake products, for when “consumers are defrauded”, Gioconda says, “the harm is just as serious to retailers”.