Semantics: to affinity and beyond 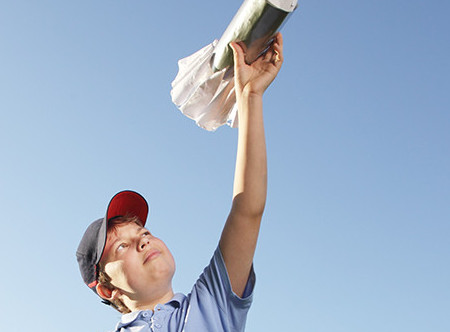 The specificity of new gTLDs affords website owners something not possible in .com: memorable and meaningful names to which they and their users have a connection. Bob Samuelson reports.

According to dictionary publisher Merriam-Webster, the term ‘semantics’ means “the study of the meanings of words and phrases in language, or the meaning or relationship of meanings of a sign or set of signs; especially: connotative meaning”.

Approach ten people on the street and ask them what the internet domain name .bike is about, and even if they haven’t heard of new domain names the chances are very good that they’ll say “it’s about bikes”.

The same goes for .camera, .email or .repair, and the vast majority of the 355 new domains that are live at the time of writing (with more to come in the approaching months). All these new domains are meaningful because they refer to something specific that consumers innately understand.

If you ask those same ten people what .com means, you’ll probably get ten confused looks, because it doesn’t mean anything to them. In the Web 1.0 technology era, .com meant different things to different people. A small handful of insiders may have known that .com was short for “commercial”, but for most people the word they were looking at just meant it was an internet address.

Affinities exist all around us, and they are very powerful. Businesses have affinity with their industry partners, their geography and their community of customers, among other things. Individuals have affinity to a hobby, a church, an occupation, the business of an employer, or a sport.

Online providers of photographic services have a strong affinity with .photography because it tells the internet what they do. It shares their affinity with their customers.

When you visit www.jamesforbes.photography—one of the sites on Donuts’ increasingly crowded ‘featured sites’ page—you have a pretty good idea about what you’re getting. And if you have an affinity for photography you might be more inclined to click on, or remember, a URL that speaks to your affinity than one that’s lumped in with everything else.

What we’re seeing with new gTLDs is not just that they’re being registered in large numbers across the broadest possible geographic area, but that registrants are actively using them to create specificity and differentiation. Rather than simply buying and parking new domains, or routing them to existing .coms, a substantial portion of registrants are making quick use of them in exactly the manner they’re intended to be used.

"Rather than being stunned by the proliferation of new domains, website owners have embraced it, registering addresses not just in highly anticipated broad-audience gTLDs, but in niche addresses."

The specificity of new gTLDs affords website owners something not possible in .com: memorable and meaningful names to which they have a connection or affinity. As GoDaddy—the internet’s largest domain name registrar—has said: “We’re purposefully moving from a phase when choice was very limited ... to a new namespace where domains can clearly indicate what you do, what your mission is or what problem you might solve.”

The power of affinity can be seen in markets where .com was once dominant but is now a distant second to domains that show national identity (such as .de for Germany; .uk for Britain; .au for Australia). Millions of businesses in those countries abandoned .com in favour of TLDs that highlight national identity. Half the world’s domains are now in such country-code (cc) TLDs. Why? Because businesses and their customers have more affinity with their countries than they do with .com.

A .de address may not say much about a website, but it at least gives it some geographic context. German users can assume that a website with a .de address is very likely based in Germany, written in German, and at least somehow relevant to German users.

But ccTLDs offer only the broadest sort of affinity. Today, Berliners can register their addresses in .berlin, an appealing option if the more than 135,000 .berlin registrations to date are to be believed.

This preference for affinity isn’t simply geographic. Businesses and individuals have other, powerful affinities. Forward-thinking pizza companies want to show customers their affinity with .pizza. They realise it’s a poor use of their marketing dollars to promote their affinity with the non-specific .com.

Things get even better for the .pizza owners, however. First, almost every child on the planet knows what pizza means, and most will have a strong and measurable reaction to .pizza names. Few children feel the same about .com. Second, search engines will love new domains. If a website has a .pizza domain, what are the chances its content is predominantly about pizza? (Answer: overwhelming.) Search engines won’t take long to work that out.

Users can also use new domains to stack multiple affinities in the same address. If I owned a pizza restaurant in New York, I’d place a high priority on registering www.newyork.pizza ahead of my competitors.

The evolution of the internet has been towards relevance. What started as the world’s first mass communications platform has increasingly evolved into a technology that delivers users precisely the information they seek.

Online advertising, social media, blogging and even traditional content such as news and entertainment have all been migrating towards relevance for well over a decade, so in many ways the domain name system is playing catch-up.

At a time when the videos you watch, the news you read and the adverts you are served are all tailored for maximum relevance, it only makes sense that the platform on which all of that content rides reflects the same evolutionary process.

Indeed, the dramatic response to the new gTLD programme reflects just how much pent-up demand existed from users who want their web addresses to reflect the rest of their online experience. If domain name companies had their way, they would have been offering those choices more than a decade ago, but the internet policymaking process sometimes takes time to catch up with demand.

One of the myths about the new gTLD programme is that it is simply a numbers game: more registries and more gTLDs equals more competition and more choice for users. That is true to an extent, of course, but the lasting impact of the programme won’t just be about the quantity of domains, but about better, more relevant domains.

One thing that has surprised even domain name veterans is how quickly the global online community has begun to brush off the inertia caused by more than two decades of constrained choice and artificial loyalty. During the Soviet era, stories were told of former communists walking into Western grocery stores and fainting in the face of so much choice.

We always expected it would take some time to break the psychological hold of a domain that users have grown up with. The value proposition of new domains may be obvious, but old habits sometimes die hard.

Internet users, however, have shown a great deal more flexibility and resilience than your average former Soviet citizen. Rather than being stunned by the proliferation of new domains, website owners have embraced it, registering addresses not just in highly anticipated broad-audience gTLDs, but in niche addresses serving highly specific communities.

With many of the most attractive gTLDs still awaiting delegation, the programme remains on pace to exceed two million registrations in the first nine months of availability. Relevance, it appears, matters in every language.

The .com domain retains some prestige as the oldest and largest, but anyone who has observed the rise and fall of online businesses for any length of time knows that incumbency doesn’t have the same power in the digital age as it did when photocopiers and fax machines ruled the technological landscape.

If there’s a defining feature of business in the internet age it’s that when someone builds a better mousetrap, users don’t waste too much time with the older model.

When faced with a choice between an extraordinarily long and esoteric new .com address or a shorter but more expensive one on the secondary market, and a targeted registration in a wide open new gTLD, users are not going to have to ponder too long before making their decision.

That still leaves something in the order of 100 million .com addresses in circulation, and one can expect that they’ll be around for some time. But when the newest, coolest companies on the block start identifying themselves not with miscellaneous .com addresses but with affinity and meaningful and relevant new gTLDs, we might be surprised how many legacy customers start jumping ship.

Relevance is here, and all indications are that it’s here to stay. The only question is who realises it last.

Bob Samuelson is vice president of sales and marketing at Donuts Inc. He can be contacted at: bob@donuts.co