Should registries be the internet police? 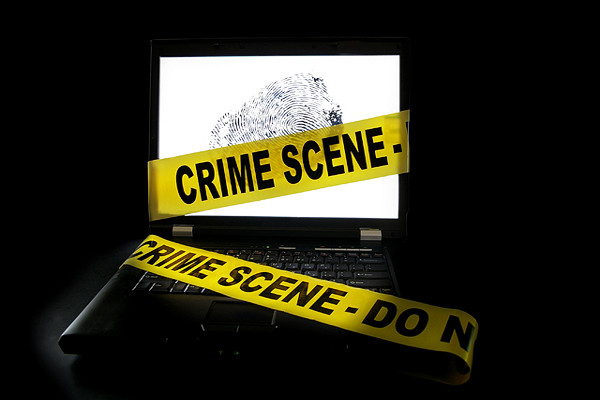 If a website is found to infringe a brand owner’s IP rights, how much liability can be laid at the registry’s feet? TBO looks at the interesting situation confronting Nominet, the .uk domain registry.

If someone commits a crime in a town, it’s perhaps unfair to tarnish the town’s name because of that one person; the town itself is not responsible for how its inhabitants behave.

To an extent, this theory can be applied to a domain name registry, which provides access to a web address but does not take the blame for rogue behaviour on that site.

But when a website is found to infringe intellectual property rights, how much blame can be levied on the registry?

That question has been posed by a dispute between Cartier, the French watch and jewellery designer, and Nominet, the registry for .uk domain names. Nominet has more than 10 million .uk domain names in its portfolio; other registries, including Verisign, which manages the .com top-level domain (TLD), have many more to manage.

"NOMINET AND OTHER REGISTRIES DON’T DO ANYTHING OTHER THAN ASSOCIATE A DOMAIN NAME WITH AN INTERNET PROTOCOL ADDRESS WHERE YOU CAN GET ACCESS TO A WEBSITE."

Cartier’s parent company, Richemont, filed a lawsuit against Nominet at the end of 2013, having taken issue with 12 websites which, it said, were selling counterfeit watches that infringed the ‘Cartier’ trademark.

The jeweller sought an order  which, if granted, will give brand owners the power to bypass standard procedures for determining who owns a domain—looking it up on Whois—and instead force registries to take down suspected IP-infringing websites following a court order.

Cartier’s complaint, which still stands despite Nominet suspending the websites—none of which actually contained the Cartier trademark—says the .uk registry has given the addresses a platform to infringe its trademarks. The lawsuit was filed in October last year and is expected to be heard at the UK High Court in February 2015.

In a letter to Nominet, Richard Graham, head of digital IP at Richemont, says his company is seeking to develop a range of tools that can be deployed “quickly and efficiently” to prevent internet users from accessing websites that offer counterfeit goods.

“We have a procedure where if false contact details are given for a domain owner then we will act on it,” says Wenban-Smith, referring to the Whois procedures.But Nick Wenban-Smith, senior legal counsel at Nominet, tells TBO that the lawsuit came as “quite a surprise”, particularly given his company’s “established methods” for removing suspected rogue websites and that Nominet had already suspended the websites.

“We have good relationships with brand owners and they get the outcome they want within a reasonable time-frame. The fact that legal action continued despite us suspending the websites came as quite a surprise, especially given our previously good relationship with Cartier.”

Cartier declined to comment on the developments when contacted by TBO.

According to Katie Withers, senior legal consultant at law firm DLA Piper, if the court finds Nominet is facilitating infringement then “in order to avoid similar liability”, other registries will need to suspend web addresses summarily when notified of a claim for infringement.

But Matthew Harris, partner at Waterfront Solicitors LLP, says the issue is not about Nominet being “liable for infringement”, but instead being labelled an “intermediary”.

“Cartier is arguing that Nominet has a responsibility as an intermediary to pull infringing content down and, if it doesn’t, it should get a court order to remove the websites,” says Harris, referencing the EU’s Enforcement Directive, legislation that says intermediaries should remove infringing content.

“Nominet and other registries don’t do anything other than associate a domain name with an internet protocol address where you can get access to a website. At no point do registries reproduce infringing content.

“However, they provide a crucial piece of infrastructure that allows the user to view the website—that’s what Cartier’s argument is.”

Withers says that a victory for Cartier would require TLD registries to “police” the contents of websites under their control.

“A successful High Court claim by Cartier would be persuasive and would establish that, in certain circumstances, a domain name registry will be considered to participate and consent in an online infringement.

“Ultimately, Cartier is hoping to establish a precedent that could be relied on in other jurisdictions in which registries are less cooperative than Nominet.”

Antony Gold, partner at Harrison Goddard Foote LLP, says responsibility for ensuring “scrupulous” behaviour should not lie with a registry.

“Nominet and other registries provide a dispute resolution service and can provide assistance in obvious examples of counterfeiting where sites need to be taken down quickly.

“It is very difficult to see how they could have either the resources or an obligation to do anything other than provide reactive help when absolutely necessary.

“With counterfeit websites it is also important to involve the credit card companies that might be accepting payment from customers, as well as the police and the Office of Fair Trading, which are other sources of possible help when the fraudster or victims are in the UK.”

While some cases of online counterfeiting involve the use of an established brand’s name, or a variation of that name, in the web address, none of the websites Cartier took issue with actually misused its trademark.

For Withers, this raises interesting questions about the future for registries, which may have to act on domains that don’t incorporate trademarks.

Withers says: “It will be a very significant concern for registry operators, which will be risking liability for content published through all domain names in their space, even if those names do not themselves contain any trademarks or brands.

“As well as imposing a significant administrative burden, it will also set the scene for brand owners to get material removed on demand, which could in turn expose registry operators to claims from their own customers if the brand owners’ claims are not well-founded.”

Gold says the administrative burden on a registry could have wide-ranging implications.

“Imposing legal liability on Nominet to provide support that it already gives voluntarily seems both unjustified and unnecessary. I would guess that the most likely effect is that it would get overwhelmed by the burden of fulfilling its legal liability. Costs would go up and the service would go down.”

Gold, however, disagrees that the decision could set a precedent that registries in other jurisdictions would have to follow.

“Even if a court did rule in favour of Cartier, the decision would be specific to the UK, and any similar actions against other registries in a different jurisdiction would be governed by the law of that country.

“It is difficult to see how this case can be presented as in some way a test case to establish a precedent.”

The case inevitably raises questions about the reliability of the Whois system for establishing who is behind a website. Despite Cartier and other trademark owners having already used the Whois system to suspend domains, the dispute with Nominet seems to have been brought in a bid to go above and beyond existing Whois procedures.

“The case underlines how reliant the Whois system is on the veracity of information submitted by registrants,” says Gold, adding that there are good reasons for registrants not wanting their contact details to be publicly available.

“Irrespective of the outcome of this dispute, it may well prompt domain name registries to consider how they can ensure that the information submitted by their customers is accurate and kept up to date.”

For Harris, an interesting question is what happens when accurate contact details are given but the website in question still helps to infringe IP.

“In those circumstances the person whose rights are infringed could not go to Nominet and get them to take it down, as Nominet offers that procedure only for a website that has false contact details.

“In that case, whether or not Nominet is an intermediary, and whether the Enforcement Directive applies to it, will be highly relevant. That said, I don’t know many counterfeiters that would give their true name and address, but it would be an interesting thing to consider.”

It’s clear that defining the role of domain name registries in tackling IP infringement is tricky. Help is at hand through Whois and dispute resolution policies, but are they too easily abused? Does a registry facilitate infringement merely by providing the platform for it to thrive upon? Cartier certainly appears to think so.

The case will be one to watch for brands and registries worldwide. A decision, when it comes, could be fascinating.