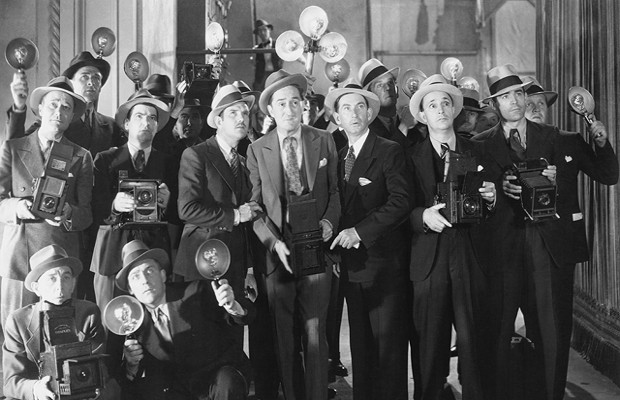 One of the newest social media, Vine allows users to upload a looping six-second video of their choice. TBO assesses the copyright and privacy concerns relating to the service.

What is the worst that can happen in six seconds? That question has been posed by Vine, one of the latest social media phenomena to capture the public’s attention, to intellectual property (IP) owners.

The idea behind the service is simple: upload a video and post it to your own personal page. Uploads are capped at just six seconds, meaning Vine’s 50 million users are encouraged to get their message across as efficiently and concisely as possible.

A year-and-a-half old, Vine was acquired by micro-blogging website Twitter in October 2012, and officially launched as a smartphone app in January 2013.

In the past few months, millions of clips have sprouted on the site, from up-to-the-minute sports action to home-made videos of users dancing to music. Companies including Dunkin Donuts and Pizza Hut have taken to the platform to promote their products.

But could a rights holder face significant damage from a six-second clip?

According to Charlie Winckworth, partner at Hogan Lovells International LLP in London, the key issue rights owners should decide is whether the negative public relations (PR) implications of an IP dispute would outweigh the gain of having the content removed.

“When taking action against anyone, no matter how justified it would be, more often than not it will attract attention,” says Winckworth.

“You hear stories of multimillion dollar brands taking action against minor infringement cases, for example a local takeaway shop that is marketing food using established brands or slogans and is then targeted by a multinational. It’s important to strike a balance between what the copyright owner is trying to achieve and the negative publicity of a ‘David v Goliath’ battle.”

In March 2013, the first high-profile case of a rights holder objecting to content on Vine came to public attention when singer Prince and his record label, NPG Records, ordered the removal of eight videos featuring clips and synchronisations of his songs.

The notice, sent on March 22, was published on www.chillingeffects.org, a website where Digital Millennium Copyright Act (DMCA) takedown requests are published in a bid to protect lawful online activity from overzealous legal threats. The clips were removed shortly after.

Winckworth says: “If you are a record label or an artist and put your own clips up on Vine or another service as a way of gaining access to your market, and someone has sampled a song or taken a clip from a concert, then you may have a genuine commercial interest in trying to prevent someone from stepping on your toes.

“While I’m almost certain there have been cases of other artists besides Prince disputing content on Vine, at the same time there will be others thinking, ‘what’s the worst that can happen in six seconds?’”

Winckworth says part of the decision on whether to take action will boil down to whether someone has taken a ‘substantial’ part of a copyrighted work.

“If someone were to take six seconds from the middle of a song, you might not instantly know what it is. However, if the clip is taken from the chorus it’s more likely to meet the complex threshold for substantiality.

“There are all sorts of reasons why copyright may not subsist in such a short clip, but the chances are that if someone can recognise a song more or less instantly, it’s more likely that the clip could be considered substantial.”

Margaret Esquenet, partner at Finnegan Henderson Farrabow Garrett & Dunner LLP, says companies using Vine for advertising have a large following and, as a rights holder, you are more likely to worry that a company’s advertising, rather than a fan-created site, contains infringing content.

“The first port of call is always to take a look to see how many hits it has,” Esquenet says.

“If it’s limited then maybe don’t go forward with an objection or at least avoid making it public. There is a danger that you raise the profile of something you intended to minimise.

“With the clips being so short, people may feel their rights are being violated but are taking a ‘wait and see’ approach before reacting with a lawsuit.”

What about Vine’s chances of success if it were to dispute a DMCA order?

Generally, most companies are obliged to follow DMCA procedures, says Esquenet. But, she says, if Vine were to resist a DMCA takedown notice, which falls under US law, the fair use doctrine would be one defence to consider using.

Another aspect to factor in when considering taking action on Vine, at least for US rights owners, is a doctrine known as fleeting use, says Bruce Ewing, partner at Dorsey & Whitney LLP in New York.

The law, Ewing says, allows someone accused of copyright infringement to claim that the use is so brief that it could not have had any detrimental impact on a rights holder.

“There was an example (Hofheinz v A&E Television Networks) a number of years ago when A&E, a US cable TV network, aired a series called Biography,” says Ewing.

“During a programme dedicated to the actor Peter Graves, it included very short clips of his movies. The owner of copyright sued, claiming that its rights had been infringed by the use of clips, but the court was convinced that the use was so brief that it was permissible under the Copyright Act.”

“There is a strong and growing sentiment that rights holders in all spheres can be too aggressive when protecting their rights. More and more people are attuned to this, including rights holders. The thought is that they should save their efforts for problems such as blatant infringement.”

Winckworth adds there are questions surrounding who to target—the service itself or the person who uploaded the video at issue.

“If you target the individuals, then the PR implications are not the only thing you need to consider. Most content operators would say they are prepared to comply with a court order, but would not just give out a name on request.

“In the UK, this order typically follows an application for a ‘Norwich Pharmacal’ order—an order that a third party discloses information—and even though the application is unlikely to be contested and the path is well-trodden, the costs involved make this a large sledgehammer to crack what might be only a small nut.”

One account that hasn’t yet been disputed is Football Vines, which posts clips of goals and controversial issues from the English Premier League and other leagues moments after they are broadcast.

“Football is an interesting area, mainly due to the fact that so much money is at stake in terms of television rights,” says Winckworth.

“However, if a rights holder were to take action against Football Vines, there is always the risk of its being counterproductive. It might draw attention to the Vine accounts and make people aware that clips might be accessible straight away without having to pay for a subscription.

“All these factors will form part of the analysis of whoever is considering bringing action. What is it worth, what is the harm and what are the PR implications?”

Although copyright is arguably the most common cause for concern on Vine, there are also potential problems surrounding privacy rights, says Ewing, particularly if brands market their products
on Vine.

“Most states have a right to privacy laws, which apply to everybody. If your name, image or likeness is used in commercial advertising or promotion without written consent, you have a claim.”

However, Ewing adds that the use would have to be substantial for a claim to stand up in court.

Ewing highlights trademarks as also being potentially at risk on Vine. “Any time someone else’s trademark is shown in a clip there is the possibility of a claim,” he explains.

“Because of the length and fleeting nature of an image, the chances of a successful infringement or passing off claim are remote. However, six seconds could be long enough if a video clearly shows a recognised trademark being abused or obviously painted in a bad light,” he says, adding that a trademark dilution claim could easily stand up in court.

Any video created through Vine would likely be seen beyond its 50 million users, adds Esquenet.

“We already have seen, and will see, a lot of cross-promotion,” she says, adding that Vine videos are regularly shared across Twitter, Facebook and YouTube, with in excess of one billion users between the three.

“The more you edit something, the better it becomes; if you can make a compelling argument in six seconds you will get users’ attention in a way that rises above the competition and methods used on other sites,” Esquenet says.

It is important to remember that Vine is relatively young in social media terms, but the associated IP concerns are clear for all to see. And with its prominence across YouTube, Facebook and Twitter likely to increase, its 50 million users are only the tip of the iceberg. It’s just a question of when, and in what capacity, more disputes will ignite.