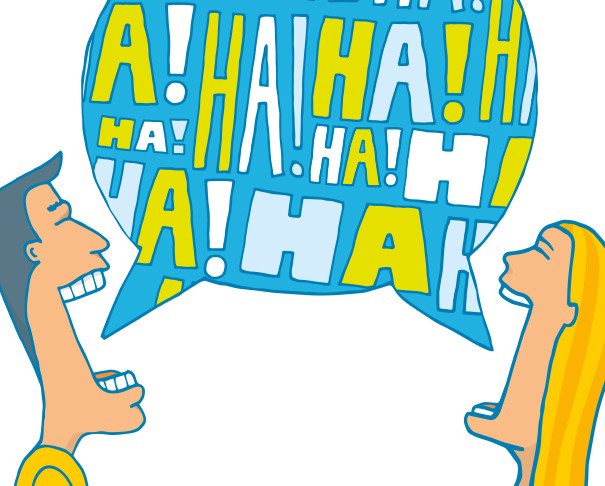 Social media give companies an easy way of reaching legions of customers in a focused way. But what are the IP pitfalls for using this method of marketing, and can it ever rival traditional advertising? TBO investigates.

On June 24, 2014, millions of people around the world tuned in to watch Uruguay play Italy in the first round of the football World Cup in Brazil. The match’s final score will be forgotten by many of those viewers, as the game’s most memorable moment came when Uruguayan striker Luis Suarez bit Italian opponent Giorgio Chiellini during play.

Football fans and companies alike reacted instantly on Twitter. Bud Light tweeted a snap of a man biting off a beer cap with the caption “relax, they’re twist off”, while Snickers posted a picture of its chocolate bar with the words “more satisfying than Italian”.

By being first and funniest, companies can instantly make their brand highly visible to a large number of consumers by reacting to world events on social media platforms, all the while developing the brand’s identity. But with the ease of posting, sharing and adapting, how can companies deal with IP infringement on social media? And can this platform ever be more powerful for brands than traditional ways of advertising?

According to estimates by the United Nations’ telecommunication agency, by the end of 2014 the number of internet users will pass three billion.

Many of those will be using social networks such as Facebook, Twitter and Pinterest to share interesting content with their friends and followers. With such a large audience so easily accessible, many brands are taking to social media to promote their products and services in different ways.

"When you release your brand into social media, you’re giving up control of how your brand is perceived, and how it’s used.”

“It’s become a hugely important marketing tool for an enormous range of businesses and it’s got some key attributes that you just don’t find with traditional media,” says Dan Smith, a director at Wragge Lawrence Graham & Co LLP in London.

“You can have direct conversations with customers, form online communities that are happy to spread the word about your brand, and respond to issues and current events in a far more agile way than traditional media will allow.”

Further, the way we usually consume advertisements is being disrupted by video recorders such as TiVo and Sky+, which allow users to fast-forward through the advertising breaks on recorded programmes. Social media encourage active engagement by users, so any advertisements on the platform may be better received.

Companies can obtain an insight into how their products and marketing campaigns are being received in real time by tracking numbers of re-tweets, mentions, follows and likes on different platforms. Smith says it’s also possible to monitor the success of marketing campaigns by reviewing customer purchases referred by social media on Google Analytics.

If they’re good, campaigns will generate quality content that social media users will want to share, taking some of the heavy lifting out of the hands of the brands.

Earlier this year, Pepsi installed its “unbelievable bus shelter”, a London bus shelter that was modified to appear as though one of its sides, actually a digital video screen, was transparent. The screen showed alien invasions, robot attacks and runaway tigers against the backdrop of New Oxford Street, giving commuters a fright.

According to marketing journal The Drum, Pepsi’s Unbelievable Bus Shelter video recorded two million views on YouTube and more than 24,000 shares on Twitter and Facebook combined in just seven days.

When it comes to reacting to current events, Smith says, it can be “hugely labour-intensive” to keep on churning out new and exciting content that consumers will want to engage with.

“Consumers’ feeds are becoming increasingly cluttered with marketing messages. To cut through all that, with real-time marketing, you need to be either the first or the funniest.”

Erik Syverson, a partner at Raines Feldman LLP in Beverly Hills specialising in digital media law, says there are some tremendous advantages to using social media as a promotional tool.

“Contrast that with the offline world of noticeboards and adverts in local newspapers where it can be a lot harder to identify some of these infringements.”

However, there is a downside, he says. “Using social media, you get to talk to a lot of people, but you give up the control over your trademark that is available with traditional advertising and distribution channels. When you release your brand into social media, you’re giving up control of how your brand is perceived, and how it’s used.”

With a brand’s content so easily shared, it’s almost inevitable that the company’s IP will be infringed, or end up being posted on a platform it wasn’t intended to reach. With the speed of social media updates, a PR slip-up made on a Sunday night could make news by Monday morning, making it necessary to fight some serious fires.

Syverson says it’s impossible for companies to ensure what they’re posting is completely protected, but that as most infringements take place on third-party platforms, it is often possible to work with the provider to take down the infringements and track down the culprits.

Although an infringement may occur on a large scale, and reach many people, it is often easy to find and therefore straightforward to pursue. A quick Google search can give a company an idea of an infringement’s magnitude.

“Contrast that with the offline world of noticeboards and adverts in local newspapers where it can be a lot harder to identify some of these infringements,” says Rob Guthrie, partner at King & Wood Mallesons SJ Berwin in London.

Social media allow for speedy identification of infringements, allowing companies to deal with them more quickly. But on the flip side it’s this very benefit—speed—which means a video can go viral very quickly.

Guthrie adds: “Imagine you are the copyright owner in a photograph and it gets uploaded online and goes viral, with lots of people posting it on different platforms all over the internet.

“It can be difficult to remove that material entirely—you have a sort of a ‘whack-a-mole’ scenario.”

It’s worth remembering that not all infringement is detrimental to a brand. In fact, as Anthony Falzone, legal counsel at virtual mood board Pinterest, noted at a talk at the International Trade Mark Association conference in Hong Kong earlier this year, an infringement can be beneficial to a brand in the long run.

Guthrie adds: “There are a number of factors that people should bear in mind when deciding where to draw the line between infringements that you want to take action against and infringements you might tolerate—or which could even be advantageous to the brand or business.

Fan websites for products, TV shows or movies that include pictures, images or trademarks that arguably breach IP laws can create a sense of community that is beneficial to the IP owner, Guthrie says.

Syverson mentions a recent trend for video game enthusiasts where they posted narrated videos of their game play on YouTube. These video accounts have millions of followers looking to find out how to improve their game, so Syverson regards them as ‘good’ infringements.

Although social media have their benefits, traditional outlets can still be useful for brands as a means of promotion.

Part of the appeal of using social media to promote a brand is the direct dialogue they give between companies and their consumers. However, this does open a brand up to very public criticism, or actual defamation, Syverson says.

“Someone could say awful, untrue things about your company or your product, and because it’s on a social media channel, it could reach many people.”

Guthrie says that companies should also note that they may be responsible for monitoring posts made by consumers on their Facebook pages, and adds: “Things are happening so quickly on social media that you need to be able to respond quickly if things develop.”

Smith says that in the rush to constantly update feeds with new content, compliance with the usual in-house procedures can be forgotten: “You may need to amend your clearance processes; they may need to evolve to cope with the volumes of social media material.”

Last year, UK optician Specsavers tweeted an advert featuring a picture of cricketer Kevin Pietersen with a caption that implied he had cheated in the 2013 Ashes test cricket series.

While the platforms of traditional media and social media may look very different, as with compliance, the rules that govern IP infringement in real life and cyberspace remain largely the same. With all the benefits they offer, social media as an alternative method of promotion could be an idea for brands to sink their teeth into.