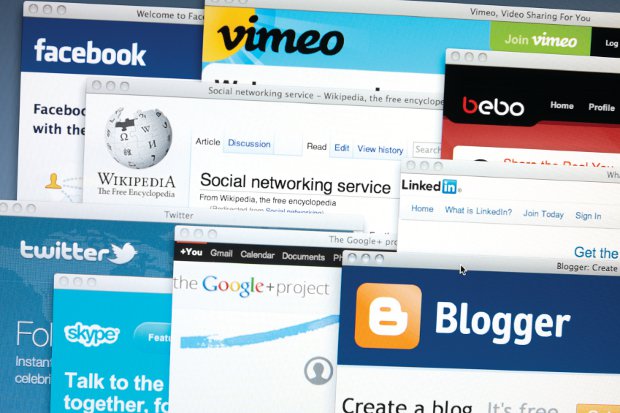 Social media networks are growing by the day. For brands, this presents a clear opportunity, but there are pitfalls too. Ben Allgrove explains.

Facebook has more than 800 million users. Twitter claims 100 million users, who generate 230 million tweets a day. The fact that these services are both blocked in China has not dampened the social media bug there—Sina Weibo and Tencent Weibo, China’s two leading micro blogging sites, claim 250 million and more than 300 million users, respectively.

One look at these sorts of audiences is enough in itself to demonstrate the potential of social media to deliver hitherto unheard-of consumer audiences to brands. But it is not just the scale of the potential audience that is attractive.

Other attractions of social media marketing include:

But this changed dynamic and obvious brand potential do not come without risk. The primary risk for brands associated with social media is loss of control. If brands ever had total control over their marketing message, they definitely do not have it now. The nature of a conversation is that you can only nudge it in the direction you want it to go and hope that it stays on course. Coupled with this, there are practical concerns, such as:

The brands that successfully navigate these risks are the ones that understand both how their customers behave and how to build consumer trust and credibility via conversation.

Stories from the front line

For some, the early days of social media were rocky. One of the most famous examples of misjudging the audience response was the now infamous Walmart fake blog (or ‘flog’). In 2006 a blog appeared which ostensibly charted the travels of two people in an RV (motorhome) across the US, interviewing happy Walmart employees and sleeping in Walmart parking lots at night.

The blog was hosted at walmartingacrossamerica.com. The problem was, the facts that the blog was the brainchild of Walmart’s marketing agency, Edelman, and was paid for by the company, were not initially disclosed. The backlash was swift and vicious. Edelman had to issue a public apology but, despite the agency taking full responsibility, the Walmart brand took the biggest reputational hit.

The risk does not arise only from a brand’s own campaigns. In 2010 Nestle discovered the potential negative power of social media when Greenpeace produced a spoof Kit Kat advert making allegations about the company’s use of palm oil in its products and the effect this was having on orangutan habitats. Nestle’s initial response was to use trademark law to get the video taken down from YouTube.

This prompted a backlash on platforms such as Facebook and YouTube and much wider publicity for Greenpeace’s campaign, eventually forcing Nestle to back down.

Know the user, know the platform

Key to avoiding risk is understanding the users of the relevant platform and their behaviour. It is no use complaining that your expensively produced clip has been shared among users who are no longer coming to your page to watch it, if the very culture of the platform is one of sharing.

Any attempt by a brand to restrict such behaviour is likely to prompt a backlash. If the user community is likely to react badly to perceived heavy-handedness, then that knowledge must inform a brand’s engagement with them.

You also need to understand the rules of any third party platform used in a campaign. Typically, you give broad rights to third party platforms when you agree to their standard terms. Facebook terms, for example, give it a “non-exclusive, transferable, sub-licensable, royalty-free, worldwide license to use any IP” in any content uploaded to its platform. You are also prevented from imposing any additional rules on users posting on your page over and above Facebook’s usual rules.

YouTube allows its users to embed videos on third party sites and to “access (the content you upload) … and to use, reproduce, distribute, prepare derivative works of, display and perform (the content you upload)”. It is no use complaining about a YouTube user creating a parody of a video you have uploaded there—you granted an express licence for him or her to do so.

Social media horror stories often share a common thread: an innocent lack of respect for the intelligence of the target user community. An early temptation for those engaging in social media was to disguise the commercial nature of the engagement. This is a big mistake.

"Being transparent at all times and never being seen to try censorship is a good rule of thumb."

Perhaps more important, though, is the reputational damage that will almost inevitably occur. The social environment is such that misleading practices are punished without mercy. In the case of the Greenpeace campaign, users felt that Nestle was trying to silence fair comment and the response elevated the campaign to levels which Greenpeace could have only hoped for. Being transparent at all times and never being seen to try censorship is a good rule of thumb.

Plan your engagement and monitor

The conversational, dynamic and fast-moving nature of social media is such that the usual checks and balances on marketing campaigns are no longer practical. A smart brand owner will therefore plan how to engage with users and how to respond (if at all—it is often better to say nothing, or simply issue a short factual clarification, as arguing with users rarely delivers any benefits) if the conversation goes off course.

Brands will also actively monitor what their users are doing. For example, one of the world's biggest brand owners has a four-level protocol for monitoring social media campaigns:

Different brand owners will have different risk thresholds and approaches to engagement, but advance discussion and planning are crucial to ensuring that your engagement triggers the right reaction (and avoids triggering the wrong one).

Social media platforms are inherently cross-border, which is oft en a great attraction to marketing departments. However, it is important to remember that a social media campaign is still marketing and that national marketing and other laws will apply.

The approach of national courts and regulators to jurisdiction varies and continues to evolve, but a good rule of thumb is that your campaign is likely to be governed, at least in theory, by the laws of any jurisdiction which you target.

This approach is reflected by the UK’s Advertising Standards Agency, which states that its jurisdictional scope online is any domain which uses the .uk country code top-level domain (ccTLD) or which “seems to target” UK consumers.

It is also important to consider varying cultural norms before running ‘global’ campaigns. For example, a campaign featuring models in bikinis may be appropriate for the US, but in Saudi Arabia it may cross pornography laws raising both criminal and reputational concerns.

The lesson is, think hard before running ‘global’ campaigns using social media and seriously consider geo-blocking users from territories where you do not understand the risks you are taking.

Make sure your employees are on board

Much of the damage caused by social media to brands can oft en be done by employees commenting on their employer or its customers—the conversation down at the pub has just gone global. Educating employees about what they should and should not say on social media, whether on a brand’s own Facebook page or Twitter feed or in their private capacity, is crucial to managing social media risk.

Tell your employees about the importance of transparency and the importance of confi dentiality about work and customer matters and the potential consequences for them and the business if they post damaging comments. It is unrealistic to expect 100 percent compliance, but having appropriate policies and training in place will at least help to reduce the risk and provide a clear basis for action if something does go wrong.

The potential riches off ered by social media to brand owners are such that all but the most risk-averse will be tempted to step into the fray. Smart brand owners will do this cognisant of the legal and reputational risks and have a strategy which takes them into account in advance.

Ben Allgrove frequently works with clients on matters involving the crossover space of digital media, IP and new technology. His practice includes acting on major IP and IT disputes, with a particular focus on copyright and technology disputes, content licensing and regulation, and content and software copyright issues.