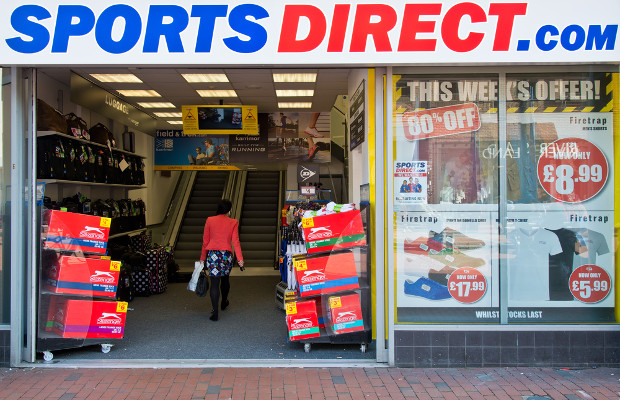 A recent case demonstrates that a speedy and economic resolution can be achieved through domain name complaints, and that jurisdictional issues can be overcome, says Jill Bainbridge of Blake Morgan.

In May 2016 UK-based sports equipment retailer Sports Direct brought a domain complaint with the World Intellectual Property Organization-administered (WIPO) Arbitration and Mediation Centre in respect of six disputed domains, all of which were registered by Canadian resident Anwar Rehman.

Sports Direct was established in 1982 and has 665 stores worldwide plus an online store at www.sportsdirect.com.

It owns the trademark ‘Sportsdirect.com’ which is registered in Canada, the US, EU and several other jurisdictions plus the UK mark for ‘SportsDirect’.

The respondent, Rehman, owned an immigration service in Canada and registered the disputed names during January 2016.

The domains resolve to ‘parking’ websites.

Sports Direct argued that the disputed names incorporated the trademark ‘SportsDirect’ combined with generic top-level-domains (gTLDs). There was no evidence that the respondent was known by any of the disputed domain names nor that there was any bona fide use of them offering goods and services.

It was believed the intention was to take advantage of the association with the complainant. It was argued that there was bad faith as the registrations pre-dated the trademarks and particularly as the last two registrations had been made when the respondent was already on notice of the potential complaint.

Further, the respondent had a pattern of registering domain names incorporating well-known third party trademarks. When put on notice the respondent had offered to sell the domains for a variety of sums in excess of out of pocket expenses, with $25,000 having been sought for one of the domains.

The respondent suggested that the retailer’s allegations were based on assumptions and that it had no intention to sell the domains as alleged or to compete with the complainant.

The respondent said it planned to open a sporting tickets and events business and that the complainant’s trademark related to retail only. It was suggested the complainant had no presence in Canada and its website gave no option to use Canadian dollars.

“The complaint was filed on May 9 and a decision was handed down July 10, despite the fact there was a UK-based complainant and a Canada-based respondent.”

The respondent also suggested that plans to start the new business was running late but that it hoped to start in early August and had checked the complainant’s webpages before registering the domain so was confident of not infringing the complainant’s trademarks.

Furthermore, the respondent said Sports Direct did not apply for the domains when they became available and that other similar domains were registered by other third parties and no action had been taken against them.

To succeed in a domain name case a complainant must, under paragraph 4(a) of the Uniform Domain-Name Dispute-Resolution (UDRP) Policy, prove that:

(i)  The domains are identical or confusingly similar to a trademark the complainant has rights for;

(ii) That the respondent has no rights or legitimate interest in the domain and;

(iii) That the disputed domains are being registered and used in bad faith.

The panel found there was no dispute that the domains were confusingly similar to the ‘SportsDirect’ trademark and that the use of a hyphen between ‘Sports’ and ‘Direct’ did not dispel confusion.

The panel noted that the UDRP policy does not require a trademark to be protected in certain classes nor that it be registered or used in the respondent’s country. It was also noted, nonetheless, that the complainant had a variant of its trademark registered in Canada. The panel therefore found that the domains were confusingly similar to the complainant’s trademarks.

The panel found that the claimant had established that the respondent had no rights or legitimate interest in the domains.

The registrations were primarily made for the purpose of selling, or otherwise transferring, the domains for valuable consideration. Accordingly, the panel found in favour of Sports Direct and ordered that all the domains be transferred to them.

This case gives some helpful guidance on tackling cybersquatters and demonstrates that a speedy and economic resolution can be achieved through domain name complaints.

The dispute also shows how jurisdictional issues can be overcome, given that the complaint was filed on May 9 and a decision was handed down July 10 despite the fact there was a UK-based complainant and a Canada-based respondent.

With the increase in gTLDs this situation is increasingly likely to be an issue for online traders and it is not practical for them to seek to secure every domain at launch as a defensive measure.

This case demonstrates that a swift remedy is available and is encouraging for brand owners.

Jill Bainbridge is a partner at law firm Blake Morgan. She can be contacted at: jill.bainbridge@blakemorgan.co.uk