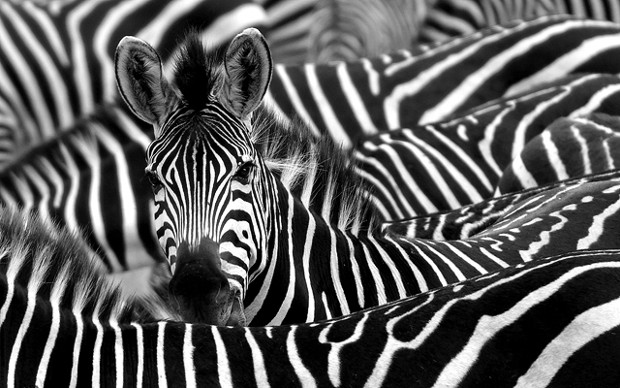 Deciding exactly what—and how—IP can be protected on Facebook or Twitter is a big challenge for trademark and copyright owners. TBO reports.

Social media feature highly in many people’s lives, providing an exciting way to communicate with friends or a practical means to share daily experiences and information. But for IP right owners, the thought of their content being shared and copied by potentially millions of people within seconds can be enough to strike fear into their hearts.

On Twitter and Facebook, the two most popular social media platforms, content via tweets and status updates can be shared far beyond the scope of immediate friends and followers.

As Leighton Cassidy, partner at Field Fisher Waterhouse LLP, says, protecting rights on social media can be a “double-edged sword”.

“The viral nature of social media platforms means that content can be shared at such a speed that it can be impossible to rein it in before it is too late,” Cassidy says.

While enforcing rights on social media can be tricky, it is first interesting to consider what can be protected by IP on these platforms.

Mitchell Stabbe, partner at Edwards Wildman Palmer LLP in Washington, DC, says posting a photograph on social media does not usually mean the owner will lose the ability to protect it and act against infringement.

But there are some circumstances where rights can be waived, he says. Stabbe says that the terms of service (ToS) of a social media platform often say that by posting a photograph you are giving the website the permission to copy or share it.

This is true of Facebook’s ToS, which include the following provision: “For content that is covered by IP rights, like photos and videos, subject to privacy settings you grant us a non-exclusive, transferable, sub-licensable, royalty-free, worldwide licence to use any IP content that you post on or in connection with Facebook.”

“You can probably count on one hand the number of Facebook users who have actually read this and understand what it means,” says Stabbe.

On Twitter, it is less clear what the rules are, says Cassidy.

“On the one hand, Twitter appears to be saying that its users own their content and can presumably control it, while on the other it’s saying it has a broad licence to use that content.”

What happens, then, when third parties use photographs that have been taken from another person’s social media page?

This issue came to the fore in a dispute involving a freelance photographer named Daniel Morel.

The case dates to January 2010, when Morel posted 13 pictures of that year’s earthquake in Haiti on Twitter.

An editor at news agency Agence France Presse (AFP) discovered the images and distributed some of them to picture database Getty. The Washington Post, a client of Getty, then published four pictures on its official website.

The AFP sued Morel in March 2010, seeking a judgment that it could lawfully use the photos following Morel’s accusations that the agency was using them improperly.

Morel then sued the AFP and Getty and, following a jury trial, the pair were eventually fined $1.22 million for copyright infringement.

The AFP argued that it could use the pictures because they were “freely available” on Twitter, but the judge disagreed because Twitter’s ToS do not allow a licence for using images commercially.

The AFP and Getty have since asked the court to dismiss the jury’s findings and order a new trial.

Cassidy says the “inconsistency” of a social network saying a user owns content but that it also has the ability to use it has not been tested in the UK, but that there have been “similar issues” to those in the Morel case.

“Last year, at the time of the Vauxhall helicopter crash in London, various newspapers published some photos of the crash that had been uploaded on Twitter without the photographer’s permission.

“When the London Evening Standard newspaper received a complaint, it immediately said there was no question that it would pay the photographer if contacted for payment, but it had released the photos in the heat of the moment and had not been able to contact the photographer.

“These cases are reassuring because it was recognised that just because a person shares content, it doesn’t mean they automatically waive their rights.”

While a photograph is an obvious creative work that can be protected by copyright, what would be the chances of successfully protecting a tweet, which is capped at 140 characters, or a status update?

To be protectable under US copyright law, a work must be fixed in a tangible medium and be an original work of authorship.

Ann Ford, partner at law firm DLA Piper, says that while a status or tweet would “clearly” meet the fixation requirement, it is unclear whether it would be considered original.

“It is certainly possible to envision 140-character poetry, or longer-form storytelling through status updates. That being said, it is also clear that there are volumes of status updates and tweets that do not warrant protection, as they merely recount facts or other very short phrases.

“It is important to keep in mind that protecting anything other than clearly original material arising out of a true creative spark could potentially expose a massive number of users to liability for copyright infringement,” Ford says.

"The 'inconsistency' of a social network saying a user owns content but that it also has the ability to use it has not been tested in the UK."

Cassidy adds: “Previous attempts to protect single words, titles or slogans as literary works have failed because it was generally accepted that they were not ‘literary works’ in the first place, or because they were not the product of sufficient skill and labour to be original.”

However, Cassidy refers to the NLA v Meltwater case, where the Court of Appeal in the UK said newspaper headlines may be protected under copyright as literary works.

While social media create worries from a copyright perspective, there are also significant concerns for trademark owners.

The most obvious would surround someone misusing a trademark. However, if they are targeted by a right holder, for example through a takedown notice, they have a platform to widely publicise any confrontation.

“Today, it is extremely easy for the recipient of an overreaching demand letter to publicise it widely and quickly,” says Stabbe.

But policing brand misuse can be a time-consuming task, and with this in mind, right holders are increasingly moving towards interacting more with their consumers.

Stabbe adds: “More than ever, trademark owners need to balance the damage to their brand with the possible adverse publicity that may result from taking action.

“In addition, trademark owners are increasingly using social media to try to create a connection with consumers and to create brand loyalty. As more and more companies have done so, it has become much harder to stand out from the crowd and be effective.”

But unauthorised fan or tribute pages can provide right owners with a dilemma. Ford says that depending on “how active” the unauthorised account may be, different responses would be required.

“True ‘fan pages’ are not problematic in many cases. However, even if a page has the best intentions, it is still important to ensure that the brand’s IP is not misused. As such, it can be very beneficial for brands to establish positive working relationships with these pages,” Ford says.

The issue was raised in a case involving a fan-owned Ferrari page on Facebook that was set up six years ago by a 15-year-old called Sammy Wasem.

Wasem was contacted by Ferrari, which accused him of trademark infringement. The carmaker eventually said it would make Wasem’s page official.

With his father, Wasem began working on updating and managing the page before Ferrari took away the pair’s administrator rights. They have since filed a lawsuit claiming compensation for unpaid work.

Earlier this year, WIPR, the sister magazine to TBO, covered a story involving a brand’s reaction when a young Manchester United fan was ordered to close his Twitter account by the club because his profile picture used its crest.

The account, which tweeted the names of every player to play for the club, had just 100 followers.

Stabbe says brand owners need to think carefully before deciding whether to take action against fans.

“If the page was being used by a true fan of the brand, action by the trademark owner may result in far more damage in the form of bad publicity. When faced with such situations, the trademark owner must exercise good judgment in balancing potential costs and benefits from taking action or taking no action.”

It’s clear there are many issues for right holders to contend with on social media, such as ownership of a tweet or the protection of a status. With social media use rising rapidly, and a lack of case law to provide clarity for IP owners, this world is likely to continue as an untamed Wild West, for now at least.