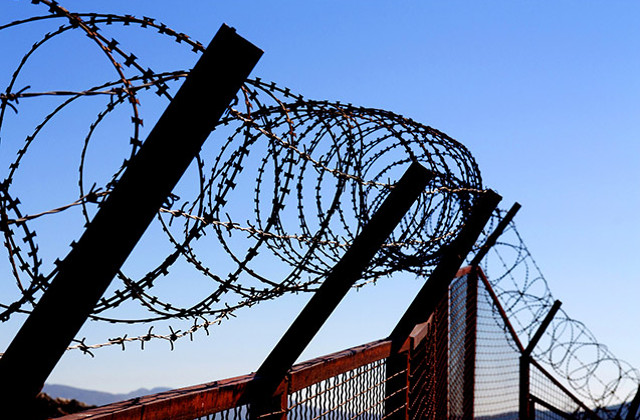 The use of virtual private networks to enable paying customers to access streamed media content from other countries raises important questions about the protection of regional broadcast agreements, says John Illsley of Intangible Business.

Rumours emerged earlier this year that Netflix, the television and film streaming service, had cracked down on subscribers using virtual private networks (VPNs) to mask their internet protocol address and access content from external international jurisdictions. Netflix has since flagged these reports as false (chief product officer Neil Hunt spoke about the issue at the Consumer Electronics Show in Las Vegas in January) and maintained it has always used “industry standard” techniques to prevent any form of copyright infringement. However, the issue of subscribers to streaming services using VPNs raises important questions about the protection of regional broadcast agreements.

Consumers accessing the US version of Netflix in Australia, where it has yet to officially launch, apparently found their service via a VPN had been blocked through the latest Android app update. Netflix was thought to have taken heed of big studio bosses’ complaints and employed new tactics to prevent cross-border copyright infringement by using Google’s domain name system to bypass any VPNs in place. Hunt rejected these claims, but numerous customers have reported the disruption on Reddit, fearing their attempts to access the larger US Netflix library have been thwarted.

Cross-border copyright infringement is becoming increasingly common and often consumers do not realise that their actions are illegal. The motivation behind broadcast deals for TV and film studios is to maximise return on investment, which is why exclusive rights are currently sold on a regional basis. This allows for numerous broadcast services to bid on the exclusive rights for a film or TV series in multiple jurisdictions. Therefore Netflix and others possess the rights to different content in different regions, explaining the discrepancies between content libraries in different countries.

The US Netflix has one of the most comprehensive content libraries, providing consumers with a large amount of choice and a clear incentive to invest in the streaming service. Other countries where Netflix is available, including the UK and France, have different libraries, which might cause consumers to use VPNs to access the US content. The same applies to countries such as China, where Netflix has yet to launch.

The use of VPNs is not illegal, and they are often used as a form of security. They provide the ability to mask your true IP address from the sites you visit and prevent connections from being eavesdropped on. VPNs also get around content filters that are often in place at schools, universities and workplaces. But this privacy also permits users to circumvent geo-blocking restrictions on their internet use, such as by viewing TV shows only available in other countries or downloading or streaming films from peer-to-peer file-sharing websites.

UK online market research firm GlobalWebIndex found that roughly 54 million people worldwide could be accessing Netflix on a monthly basis via VPNs (figures based on surveys of 83,000 people in the second half of 2014). The company also found that there are 30 million users accessing the service in countries where it is not yet available, with approximately 20 million of these in China, the firm said. This highlights that Netflix has a potential consumer base in countries in which it has yet to expand.

Netflix announced plans earlier this year to roll out its service to an additional 150 countries in the next two years. Its plans for rapid expansion were welcomed by studio executives, as Netflix claims that a country’s piracy rate can decline after the service is launched. Netflix’s chief executive Reed Hastings stated that use of popular file-sharing software BitTorrent dropped by 50% following the launch of the service in Canada in 2010. This allows content producers to reap the benefits of additional revenue through regional broadcast agreements and capture a larger legitimate audience for their content.

However, these findings may show that because they are paying for the service legitimately, consumers feel they are safe to access all the content that services such as Netflix possess, irrespective of their geographical restrictions.

"An unintentional consequence of the block was that legitimate US viewers using VPNs to maintain privacy were also prevented from using the website."

Rival streaming services such as Australian competitor Quickflix have openly criticised Netflix for its alleged neglect in respecting the geographical boundaries of broadcast rights. In an open letter sent last September, Stephen Langsford, chief executive of Quickflix, claimed Netflix was “enjoying a free ride in Australia by ignoring unauthorised ‘back door’ access to its US service and thereby taking revenue away from local services”.

Cliff Edwards, Netflix’s director of corporate communications and technology, has emphasised that: “VPNs violate the terms of our service and we believe very much that anybody who licenses content should get paid for their content.”

However, recognition of the offence in the terms and conditions does not prevent consumers from using VPNs, and it is highly unlikely that streaming services would take legal action against individuals who violate such terms, especially if they are paying customers.

If Netflix were to implement geo-blocking technology in the future to prevent any cross-border copyright infringement it may be good news for right owners and rival streaming services, but it could conversely be detrimental to its brand and consumer reputation.

To the average paying customer of a streaming service, cross-border copyright infringement is an alien concept, so blocking him or her from accessing content that he or she feels entitled to view will harm the enviable reputation that companies have built up. Blocking could compel customers to cancel their membership and move to alternative streaming services or on-demand services. Alternatively it could encourage users to turn to piracy to view the content they can no longer access.

The effects of blocking

In 2014, US streaming service Hulu implemented geo-blocking technology to prevent people from accessing its TV content from outside the US. Although not a comprehensive block, it targeted high profile VPN services and left many consumers unhappy. An unintentional consequence of the block was that legitimate US viewers using VPNs to maintain privacy were also prevented from using the website. This may have damaged the brand, as legitimate consumers were asked to choose between their ability to stream TV programmes from Hulu or preserve their internet privacy. This would presumably be a situation that Netflix or others wish to avoid putting their subscribers in.

Streaming services that have yet to launch in certain areas could potentially (and unintentionally) win customers from competitors that legally own broadcast rights in those regions. A method of appeasing both competitors and production studios would be to invest in global broadcast licences, a goal Netflix is currently targeting. This would allow for offering uniform content across all regions, providing economies of scale in terms of licensing deals as well as reducing the likelihood of cross-border copyright infringement in countries where the services have a presence.

Global licensing deals are also thought to appeal to production studios as they allow them to streamline their operations and introduce their films and TV shows to a larger audience than they perhaps would by licensing the rights only on a regional basis.

The prospect of global licensing agreements would certainly reduce the impact of cross-border copyright infringement, although it would require substantial investment. It would also pitch the likes of Netflix up against larger competitors such as BSkyB, which currently offers similar exclusive content and has a streaming service in the form of Sky Go Extra.

Cross-border copyright infringement is becoming a significant issue with the rapid development of technology and the popularity of streaming services. Consumers want the latest programming at their fingertips, and streaming services are playing catch-up to this demand.

It seems as though this issue has until now stayed under the radar, but competitors are within their rights to take legal action to protect their regional broadcast licences.

John Illsley is the valuation director at Intangible Business. He can be contacted at: john.illsley@intangiblebusiness.com