Strides in the right direction 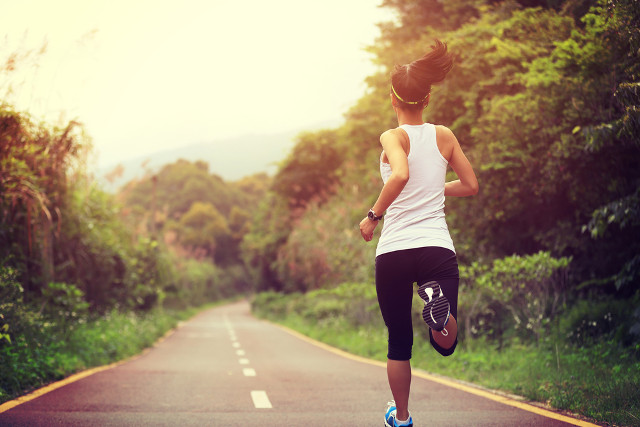 The British government is showing commitment to IP protection but there is still much to be done, says Mike Weatherley, former IP adviser to the prime minister.

When I was elected as a member of parliament in 2010 to represent Hove (near Brighton) I already had a background in intellectual property, having worked in the music and film sectors and owning my own company which itself had patents.

It was natural for me to bring that expertise to the legislative fore and assume that my new colleagues would understand that IP was crucial to our economy, both to protect and promote.

In early UK parliamentary debates and even at a UN internet governance forum the consensus ranged from “what is IP … how do you spell it?” to “we don’t believe the internet is manageable so all creative output should be made available for free once it is created”.

Then in the UK we had the 2011 Hargreaves “Review of Intellectual Property and Growth”, with some questioning if the proposed exceptions included in it went too far.

It is a vast understatement to say that I was shocked.

Fast-forward to today and I am pleased to say that in five short years the UK government has done a 180-degree turn on its formerly lacklustre position. In 2013, Prime Minister David Cameron asserted unprecedented support for IP by creating the role of his first IP adviser, and appointed me to report to him.

I produced four reports on IP, taking evidence from industry on search engines, internet search providers (ISPs), education and funding streams supporting piracy. The reports gave recommendations, which are being acted on by both industry and government.

The Police Intellectual Property Crime Unit (PIPCU), formed in 2013, has a funding commitment of a further £3 million ($4.7 million) to keep it open until 2017; the UK Intellectual Property Office (IPO) has begun to assert itself and work with other governmental departments to prioritise IP; the role of IP minister has been strengthened by consistency with Baroness Neville-Rolfe retaining the role in this new government (continuing the work of Lord Younger); and we have cross party support for IP with the unprecedented manifesto commitment of the three major parties to protect IP.

Ads in the wrong place

Although I could talk ad infinitum on all manner of IP issues, the most pertinent and potentially easy to resolve is advertising on websites that are illegally disseminating content.

PIPCU is an invaluable force with the remit to remove offending websites. Although it is a branch of the City of London Police, its role is essentially an international one, as the internet has no geographical boundaries.

Its work in disrupting and eventually removing offending websites is second to none—I encourage all stakeholders in IP to develop a good working relationship with the unit and support it.

To put a number to this problem, a May 2015 study by Digital Citizens Alliance and MediaLink revealed that advertising revenue generated for content that appears on pirate sites, or sites that illegally stream movies and TV shows, was estimated at $209 million in 2014.

That is $209 million in the pockets of criminals, taken from those who did all the work and created the content.

One of the many popular misconceptions I have encountered runs along the lines of “artists and big corporations have enough money; if content is available for free, why would I buy it?”.

My response to this is always that it is not free. Someone is still making lots of money from this stolen content, and downloaders are complicit. The quality of content suffers in the long term as financial backers grow risk-averse to producing content that is an outlier to pop genres in music and film.

Our creativity suffers and those who suffer most are future creative generations—musicians and film makers who can no longer hope to make a living from their craft as the legitimate industry inevitably contracts.

Equally, however, the industry needs to play its part to produce a compelling product for the consumer. The music industry in particular was far too slow in moving with technology—embracing streaming, reducing the cost of content as production costs reduced and providing content that was easily accessed.

PIPCU has estimated that if we took the revenue away from sites that host illegal content, then as much as 95% of all infringing websites could be eliminated.

“THE IPO HAS ESTABLISHED AN ADVERTISING WORKING GROUP INVOLVING KEY PLAYERS IN THE ADVERTISING ECOSYSTEM, WHICH HAS IDENTIFIED FURTHER RESEARCH AND EDUCATIONAL ACTIVITIES TO TACKLE PIRACY.”

This figure may be lower in reality since there will always be some who want to facilitate illegal file-sharing for free, but we can all agree that stopping criminals from getting access to revenue would make a large dent.

One of my four reports—“Follow the Money”—examined this point. The report outlined three strands to winning this part of the piracy battle:

1) Find a good mechanism to allow brands to control where their ads are placed to avoid promoting inappropriate messages and getting caught in uncomfortable situations such as the one MI6 found itself in when its ads were appearing on a pirate site.

2) Once we have a voluntary code in place for reputable brands, find a way to stop those that just don’t care where they advertise.

These initiatives are already being implemented in the UK, with initial signs of success.

The IPO has established an advertising working group involving key players in the advertising ecosystem, which has identified further research and educational activities to tackle piracy.

The IP minister has also chaired a number of meetings between right owners and search engines aimed at identifying voluntary measures to deal with demotion of infringing sites in search results.

The IPO is working closely with the European Commission on an action plan, sharing best practice and knowledge as appropriate.

All these things are possible. Difficult, yes. Impossible with the right will, no.

In other related activities, work is continuing to find a more sustainable funding stream for PIPCU.

The government has agreed to support the industry by providing £3.5 million for the educational element of Creative Content UK. The programme is expected to go live later this year.

The IPO has taken the lead in coordinating the many efforts being made to educate customers on the value of creative content and the need to pay for using copyrighted material. This brings together work across the public and private sectors.

All this is very welcome and is taking strides in the right direction.

I do have concerns, however. There is no mention yet of how the ‘involuntary’ aspect will be tackled via legislation, and there is only brief mention in the IPO annual report of payment providers’ involvement. My report was published over a year ago and this all seems to be going far too slowly.

So, progress for sure. But may I suggest that everyone reading this article adopts two ‘calls to action’?

First, please write to the IPO and your trade body expressing support for this important part of the fight against piracy (ie, getting our official bodies to put some extra determination behind the plan).

Second, look at your organisation’s policy on internet advertising. Are your adverts appearing on the wrong sites? And if you are doing everything correctly, tell the others that are not to get on board with the fight against piracy.

Let’s give the $209 million to those who are not ripping us off.

Mike Weatherley is executive vice president of the Motion Picture Licensing Corporation and the former IP adviser to UK Prime Minister David Cameron. He can be contacted at: mike.weatherley@outlook.com